Incumbent Senator from Nevada projected to keep his seat. That means status quo control in the Senate.

The Republican candidate running against the Democrat Cortez Masto (Fmr attorney general) is Adam Laxalt (also attorney general.) Less than one month before the election, 14 members of Laxalt’s family wrote a three-page letter endorsing Cortez Masto. The letter praises Cortez Masto.
When everyone in your family thinks you’re unfit, it’s a bad sign

We have seen what happened to Disney.

The Gov that took retribution against Disney for not embracing homophobia, or at least, keeping it’s mouth shut, was reelected by a sizeable margin. I have posted about the risk to businesses of not toeing the line: incentives revoked, like Disney experienced, is only one. Apparently, “job creation” may take a back seat to ideological purity.

And, some day, CEOs keeping heir mouth shut may not be enough. Giving full throated support for policies that would have been reprehensible 40 years ago, may become mandatory.

Seems the Ye and Musk threads are fading.

We are now looking at Monday.

A blast from the past… 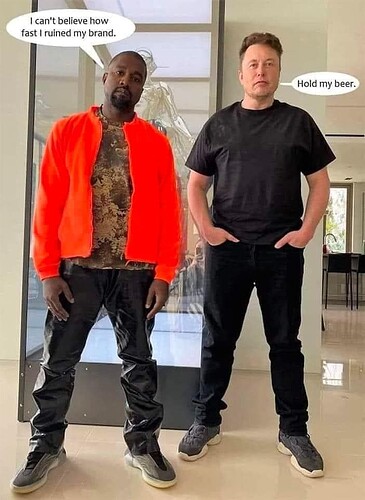 When everyone in your family thinks you’re unfit, it’s a bad sign

Polling in one state, about a particularly problematic candidate, indicated voters didn’t care about the quality of a particular candidate. The only thing that mattered to them was keeping the other party out of power.

Another panic to the downside on no change of control?

Whatever the reason my covered call trade would close, lowering my cost basis by over $3, over 2%. Monday mornings tend to see lows.

Not bad for a four day round trip.

The Laxalts and the Gossars must have great family dinners at the holidays. 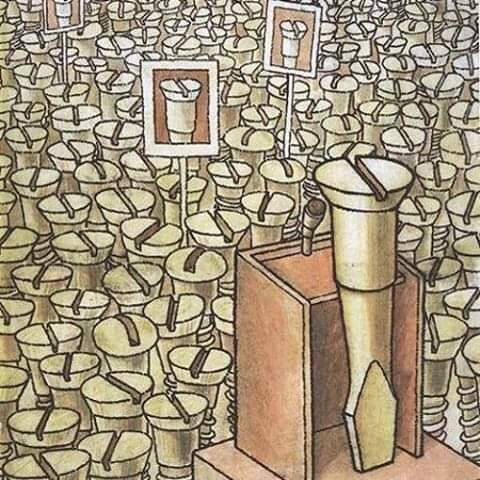 Aw Steve - there’s still ample opportunity for fun and frolics if the Reps win the House as expected. Even a one seat majority is all that is required to pump up the fund raisers for both parties.

A key race in MD was lost a day ago. The majority of races left are in Cali where the young people’s turn out was far more than expected. Your odds are looking slim…to perhaps none. The rock the vote campaign activated millions of votes in California. Those were mostly close races in the first place. NM looks like another upset as well.

The counts are so close that even with 97% of the votes counted in some districts there can be no predicted winner. The mail in ballots are slowing the counts down. In many of those districts the final counts are breaking against you Jeff.

Just looking, there are six districts left mostly in CA where red is leading by only a bit and blue has plenty of votes to go to win. As it narrows blue only needs to win four of those contests to get the 218. The rock the vote has led to a larger turn out that favors blue.

there’s still ample opportunity for fun and frolics if the Reps win the House as expected. Even a one seat majority is all that is required to pump up the fund raisers for both parties.

As a guy from Arkansas said, several years ago, two objectives: give tax cuts to their friends and investigate (the other guys).

Status quo in the Senate means POTUS appointments will be acted upon, rather than excuses invented to ignore the nominations.