Another project being built on Ethereum

** Shipper payment terms in the transportation industry are known to be egregious, and most transportation carriers cannot afford to wait 30–180 days to get paid. When a carrier factors, it pledges the collection rights in its accounts receivable to the bank and, in exchange, the bank advances cash in about 10 business days.** 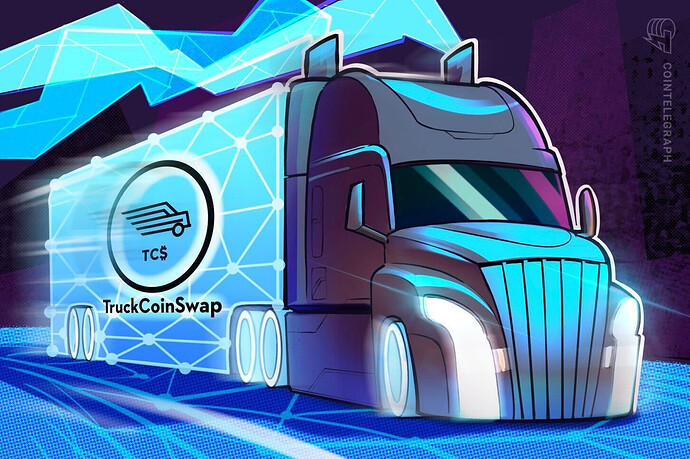 Although rare, real-world blockchain utility does exist, now evidenced by one company’s efforts to reduce transactional fees in supply chains

The big thing coming into the retail space will be loyalty cards that are NFT based. Or Eth based. I am not sure how they will function. But a loyalty card that wont create a major liability beyond stated terms would be beneficial to retail.

In the arts a majority of Millennials expect to buy digital art as opposed to any other type of art. Art is retail and digital art lends itself to NFTs. My point though is the Millennials are all open to more digital means of transactions…primarily not second to hard cash transactions.

I read the article - but I can’t see what purpose the blockchain serves in their enterprise.

Basically, they’re functioning as a competitor to typical banks. Existing banks will offer loans based on invoices so that transport companies can get paid immediately. That process takes 10 business days and involves a fee of about 3% of the invoice amount.

This company is trying to compete with that, offering either faster advancement of funds or a lower fee (or perhaps both). The article doesn’t say.

But there’s nothing in the article that says why they’re using blockchain. From the description, they’re just adding an extra step. Instead of sending dollars, they send their own tokens, which the freight companies then can sell on their exchange. But why? What is the benefit to either party to transacting in a token that gets immediately changed for dollars, rather than just transacting in dollars?

[I mean, I have my own cynical thoughts. Blockchain is trendy. Adding blockchain, or saying you’re a blockchain company, can make people think what you’re doing is more innovative than it really is. It’s something you can add to your pitch deck when you’re trying to collect financing. If you want to be even more suspicious, paying people in a thinly-traded illiquid shotcoin not tradable on major exchanges is probably not going to work out for those folks - who’s going to be buying these coins? Unless TCS is buying up the coins (in which case what is the point), this type of set-up should be a warning sign of a possible rug pull.]

That is totally true and completely false. There are generational divides.

Premise: Shippers often have to wait 30-180 days to get paid after delivery. So many shippers sell their receivables, which costs about 3%. As a solution, the shipper can now sell the invoice for blockchain tokens (TCS), which he can then immediately sell for USD.

This doesn’t make any sense. Somebody is still accepting the carrying costs. If there aren’t fees involved, there is no reason to own the tokens. So what problem did this solve?

So what problem did this solve?

It gave the ethereum people something new to talk about. Flashy flashy, flashy flashy.

There. It must be good.

I saw an ad during the Dallas game last night right on the side of the coliseum. Blockchain in Big bold letters.

I think the FTX disaster has certainly hurt the blockchain brand a bit, but it’s still got a lot of proponents. People who will throw money at a project just because it has blockchain involved, even though the blockchain doesn’t do anything.

I read through their stuff (I really am curious to see if anyone has a use case for this tech). I can’t figure out what the blockchain is being used for. They’re structured like every other factoring operation. They buy accounts receivable from the trucking customer up front. They collect from the owing customer on the back end. The difference is that they’re proposing to pay in tokens, rather than dollars. The use of the tokens doesn’t “solve” any of the things that make factoring cost money to customers (the cost of floating money for 90-180 days, the risk of customer default). All it does is substitute tokens for dollars. Since they’re claiming that they’ll pay face value for the invoices at the token/dollar exchange rate, there’s no way the business can earn any revenue.

[…except if they can convince people to leave their money in the token. That’s the possible, and perhaps likely, dark side to this enterprise. What I think the endgame will ultimately be. After all, if the truckers cash out their tokens on receipt (which is the pitch of the service), it can’t possibly work. But anyone who holds their tokens is giving these guys an essentially zero-interest loan. Run the system long enough to build up a big pile of capital, which they can then use to speculate in however a risky proposition they want. Which is how most of these schemes end up working - until they don’t, and then all the customers lose their shirts.

So what problem did this solve?

Premise: We want to set up a factoring company. We will corner the market, since we won’t charge any fees to cover the cost of the loans or the risk of default. We’ll buy the receivables at face value!

Problem: We need money to run this terrible business. But no one will give us money to fund this business of buying receivables at face value.

Solution: Blockchain! Now lots of people will give us money to run this terrible business. Because Blockchain is the future! WAGMI!