Jack Ma is still alive? Someone poke Munger and tell him the good news: 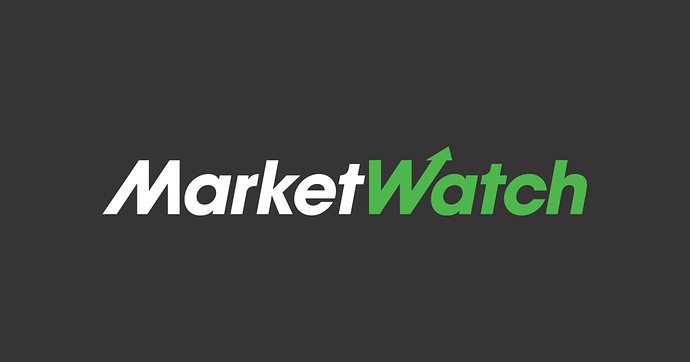 Alibaba’s Hong Kong-listed shares advanced as much as 8.3% in early trade Monday, widening its year-to-date gains to 27%. Shares are outperforming a 1.7% gain in the city’s broader Hang Seng Index and helping lift the city’s tech index by 3.0%. Alibaba is a shareholder of Ant.

Ant, which owns China’s most widely used digital-payment platform, Alipay, has been overhauling its operations amid a government crackdown that began with Beijing calling off the company’s plans for an IPO in late 2020. The new change of control, announced by Ant over the weekend, moves the company a step closer to restructuring.

If you are not adverse to China stocks, this one is telling you to wade in on these breakouts. If you are LTBH already on $BABA, use the weekly chart to set stop/losses. Keep it simple. Threatening bullish crossovers on the weekly and monthly charts too. 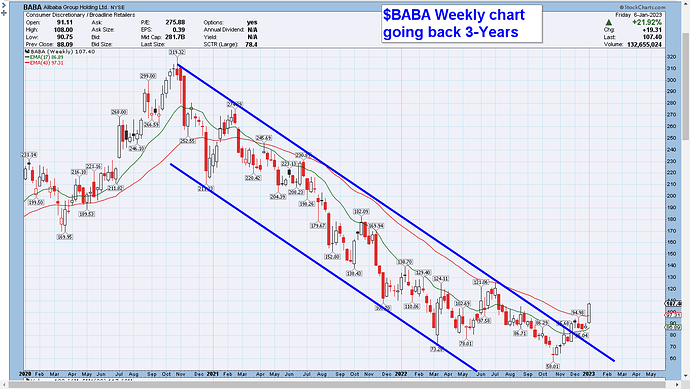 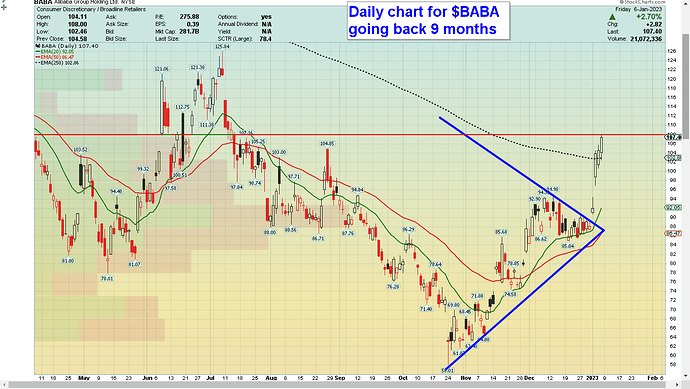 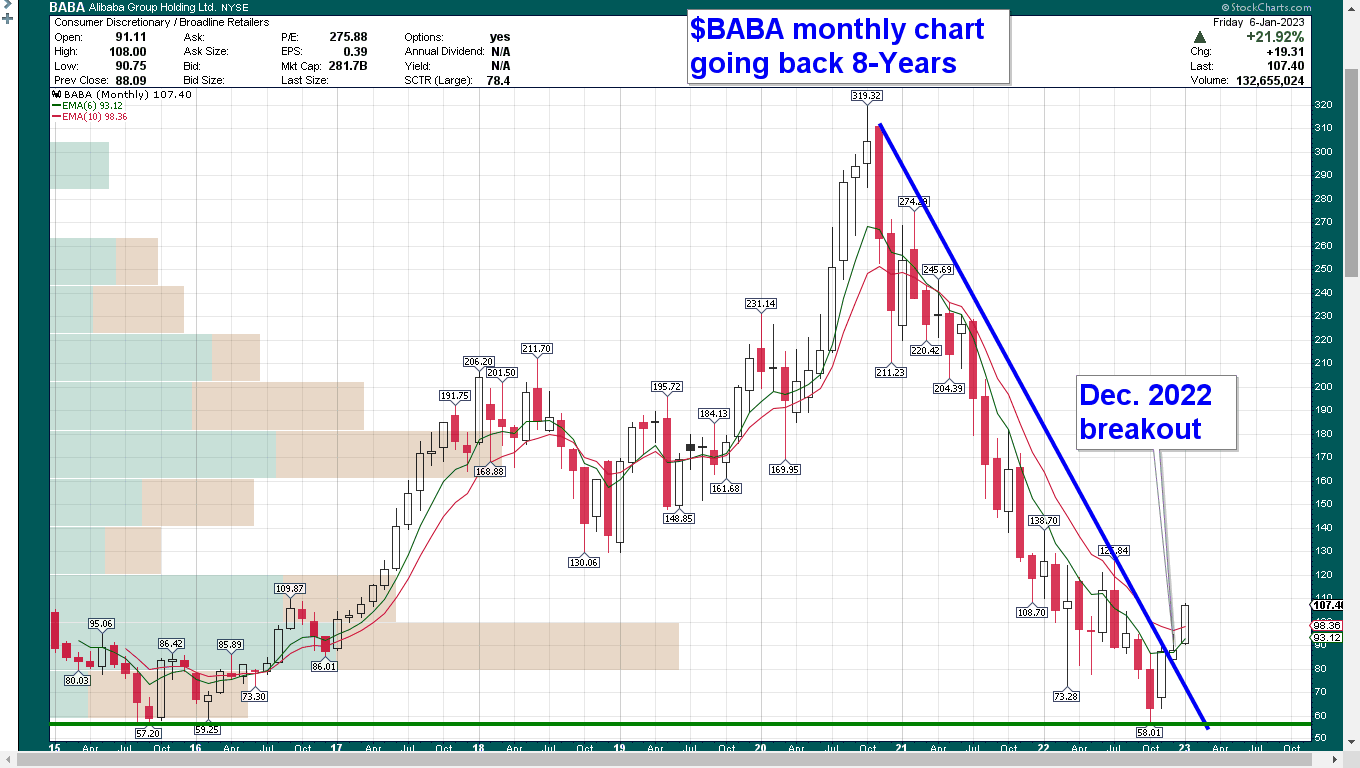