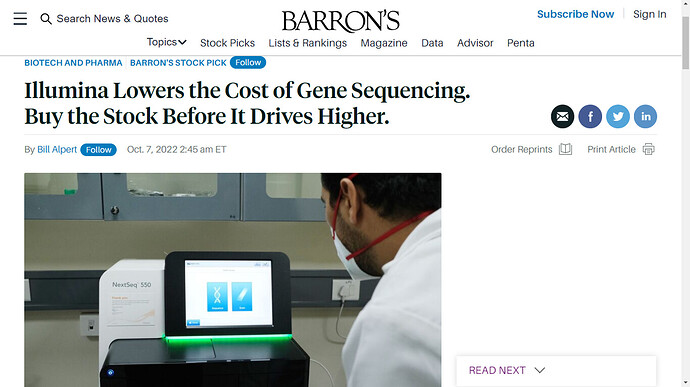 Newly announced gene sequencers from Illumina are just what the doctor ordered for the company’s stock, which has lost 60% since mid-2021 as investors fretted about circling rivals and Illumina’s costly purchase of the cancer tester Grail.

Faster, cheaper readings of genetic code have powered medical breakthroughs for the past decade, reminiscent of the digital leaps enabled by faster, cheaper computer chips. Most of those gene readings were done on Illumina (ticker: ILMN) sequencers. As money flooded biotech companies in the Covid crisis, Illumina’s sales jumped 40% last year to $4.5 billion. Its stock shot up to $525 and a $77 billion market capitalization.

Biotech’s fall from favor had Illumina’s shares below $184 by September’s end, when the company gathered customers in its hometown of San Diego. The meeting offered speeches by former President Barack Obama, Bill Gates, and tennis-great Chris Evert. But the real star was a new sequencer three times faster than Illumina’s current top model. 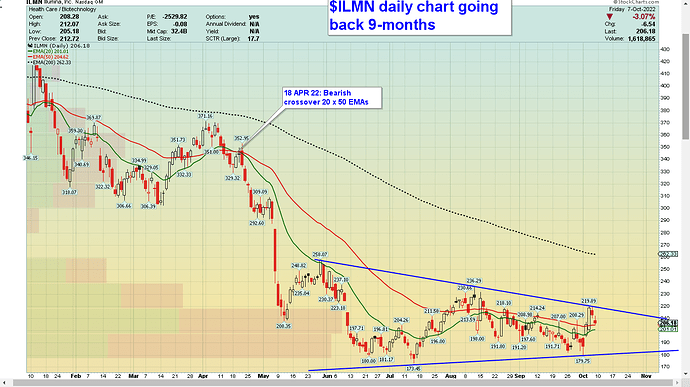 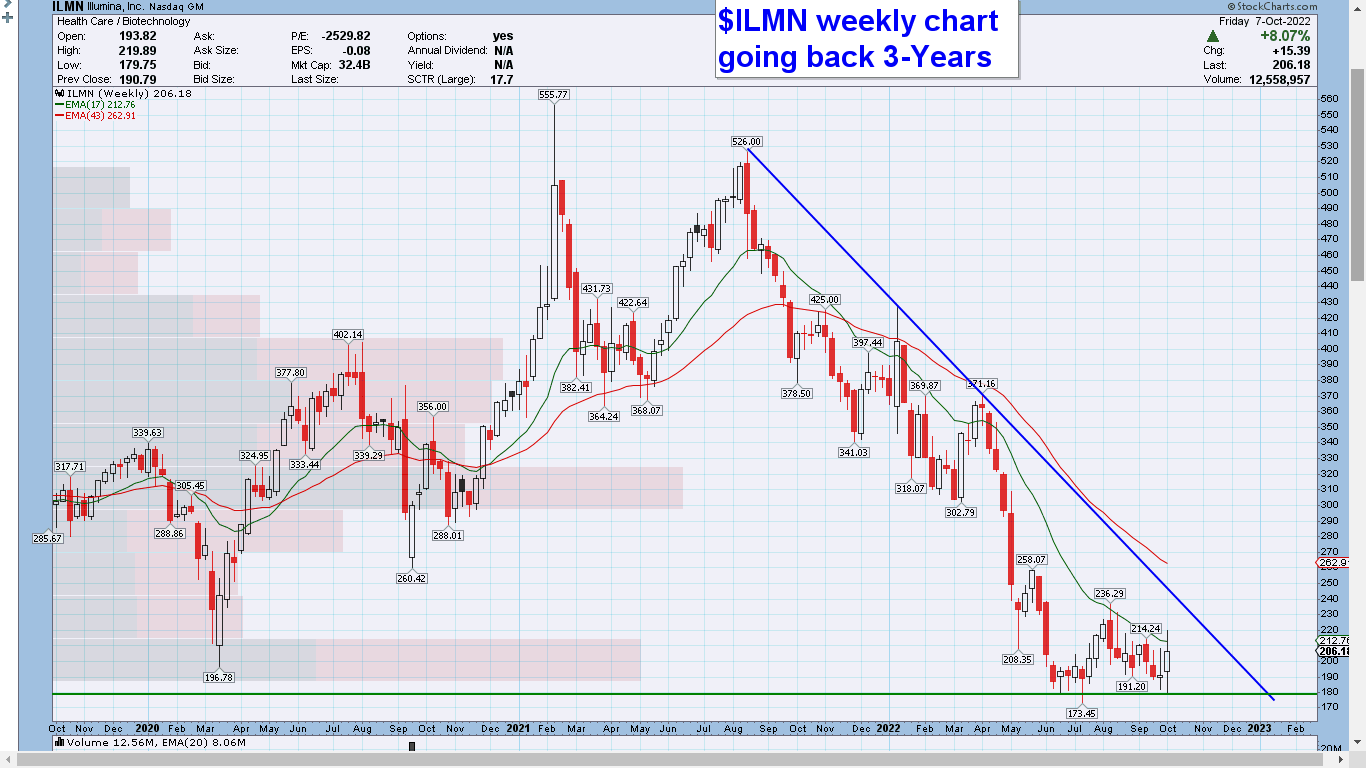 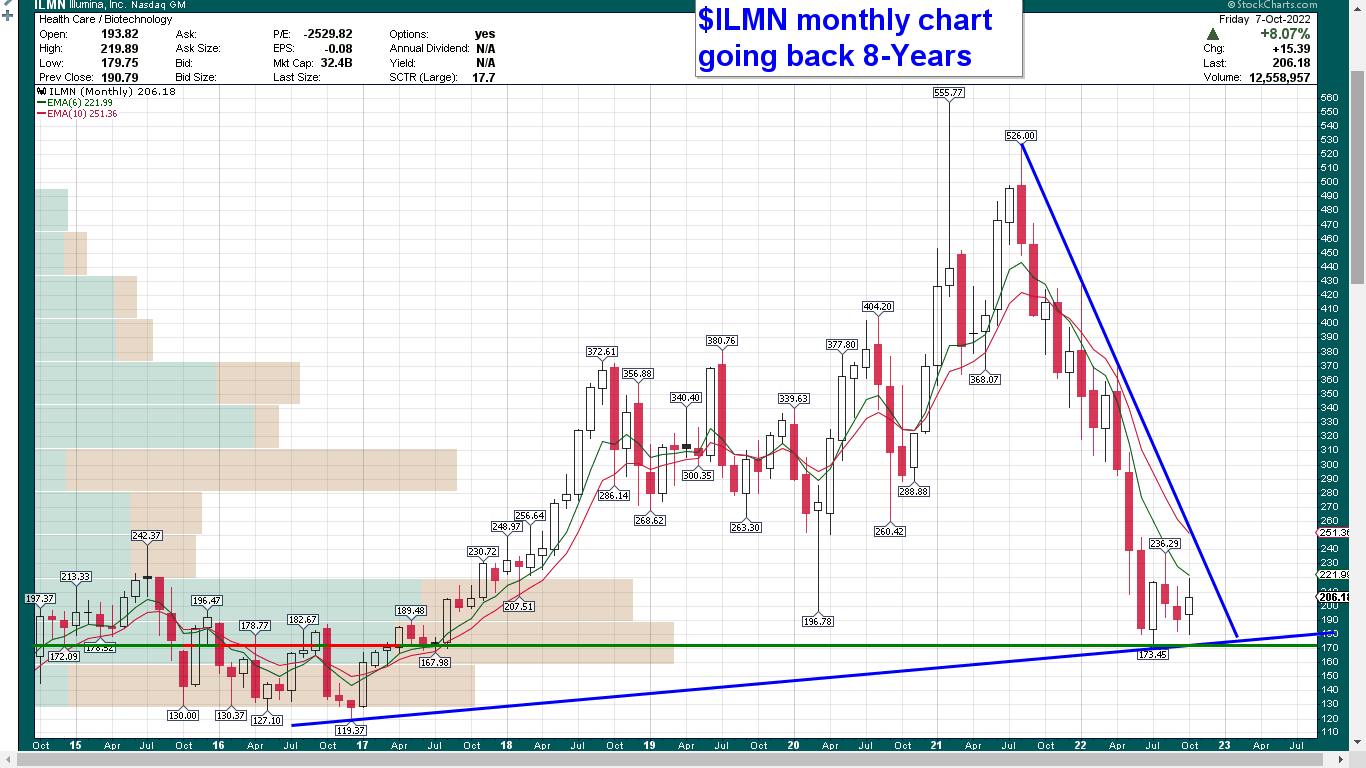 Illumina told analysts this past week that the market for its products could reach $120 billion by 2027, though it warns that 2023 could be choppy, as production of the new sequencers ramps up amid a slowing economy.