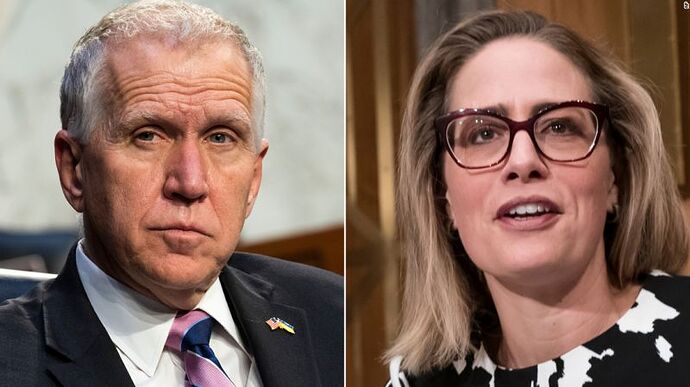 Republican Sen. Thom Tillis of North Carolina and Democratic Sen. Kyrsten Sinema of Arizona have landed on an initial framework intended to bolster border security and provide a pathway to citizenship for undocumented immigrants brought to the United...

Major impact on the US economy going forward as business will have reasonable expectation a DACA participant can work long-term and not have the employee deported by ICE.

In what way is the border security to be bolstered?

The drugs mostly come in through the legal ports of entry. Yet that is never discussed in Congress as needing more funding.

The illegals often fly in but that is a non issue for funding.

Why is it intelligent for congress to spend more on border security? I get making up false stories attracts idiots but why?

The drugs mostly come in through the legal ports of entry. Yet that is never discussed in Congress as needing more funding.

And, in their eagerness to blame Hispanics for all the drug ills of the country, they conveniently forget the country’s long history of organized crime, by Italians, Irish, and probably any other group you care to imagine. During prohibition, the worst gang in Detroit was “the purple gang”, which was predominately Jewish. If every Hispanic was run out of the country, other groups would step in to serve that market. 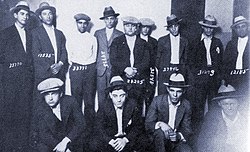 The Purple Gang, also known as the Sugar House Gang, was a criminal mob of bootleggers and hijackers comprised predominantly of Jewish gangsters. They operated in Detroit, Michigan, during the 1920s of the Prohibition era and came to be Detroit's dominant criminal gang. Excessive violence and infighting caused the gang to destroy itself in the 1930s. The Michigan legislature prohibited the sale of liquor in 1917, three years before national Prohibition was established by a constitutional amend...

Deporting millions of illegals is not practical. A path to citizenship for those long in the US and law abiding seems reasonable. Maybe common sense.

Revised immigration quotas also are needed to address the many open positions.

This has been gridlocked for so long. Lets hope Congress finally gets something done.