I wonder if we’re just disagreeing on what “materiality” involves. I can maybe see MaaS replacing about 10% of privately owned cars.

That is a hard thing to project as there are a lot of variables. My gut says a 50% reduction in private ownership by 2050. This is based on the following assumptions.

But ultimately the main reason for shifting to MaaS is that cars are expensive and there are a lot of other things people will want to spend their resources on. This includes devoting so much of their housing space to a multi-car garage. particularly if housing prices keep rising. I think folks will soon try to minimize car ownership, which means that the average American household will go from the current two car ownership to one car in the next 30 years.

There are two markets: cities and rural. Cities can support MaaS/TaaS. Rural areas can not

What about the third market, suburbia?

But ultimately the main reason for shifting to MaaS is that cars are expensive and there are a lot of other things people will want to spend their resources on.

Cars are expensive - which is why I think most cars won’t be switched to MaaS. Again, my point is that for people that use their cars regularly, MaaS will be more expensive than owning your own car. This is actually pretty common - for most things, if you use them all the time, it will be cheaper over time to buy your own than to rent them. Most cars are used pretty regularly. Since cars are so expensive, the higher cost of MaaS for most people won’t be trivial - and it will be enough to keep them owning their own vehicles, for the most part.

The biggest differential cost for MaaS will almost certainly be deadheading. Deadhead miles are a huge fraction of miles in all existing shared vehicle systems (taxis, Uber/Lyft, trucking fleets, etc.) - and several of those are systems that operate primarily in dense urban areas and infrequently in suburban areas. That’s a geographical problem, not a technology problem. Virtually no rides are going to end at the same place and time where a new ride begins. The first and last trips of the day (from and to the charging “home”) will always be deadhead, and are unlikely to be short no matter how smart the dispatch system is.

You can try to minimize those losses using computers and algorithms - but only to a point. Based on taxis and Uber/Lyft experience, MaaS seems likely to experience deadheading close to 30% even if it stays in the denser parts of metros like those services. If they try to cover the further suburbs (where many of the cars are), that’ll be even higher. Since most of the cost of driving is the cost of driving, that extra deadweight cost is going to dwarf the savings from other factors for any vehicle that is used regularly.

I don’t think demographic changes really alter that. The story of American population shifts is people moving away from density - although urban areas are growing, suburban areas are growing faster. People are (proportionately) leaving the dense urban transit-oriented development patterns of the northeast and older midwest cities and moving to the South and West. That trend is only going to be exacerbated if we get autonomous vehicles. Anything that makes a car better is going to increase automotive use relative to other modes, which makes areas designed for such things more attractive. Like suburbs.

Most cars are used pretty regularly.

Depends on what you mean by regularly. For most full-time workers the car that takes them to work sits in a lot for 8 hours. Use MaaS for the work commute and now you have a vehicle at home for the rest of the family to use. I’ve already shown you data that most US households have multiple cars with only the primary vehicle averaging more than 7K miles a year. That is a lot of cars that can potentially be replaced by MaaS.

Rural areas are losing populations to urban and suburban areas, both of which are getting denser. That favors MaaS.

MasS technology is constantly improving. MaaS will get cheaper and more efficient.

When I was “knee high to a grasshopper” there were a lot of reasons besides transportation to want to own a car. It was symbolic of a lot of things ranging from freedom, success, sexual attractiveness, etc. Those are less relevant today and will disappear in an AV world where people are only passengers rather than drivers.

I think people will still own cars. There is a convenience factor in having a vehicle always available or for doing specialized tasks like towing boats. People just won’t own as many of them. I think we agree on that, we are just haggling over how much of a reduction there will be.

That is a hard thing to project as there are a lot of variables. My gut says a 50% reduction in private ownership by 2050. This is based on the following assumptions.

I don’t think this will have as big of an impact as you think it will. Often a car is the last vestige of freedom and independence a lot of seniors have. It can often be a struggle for loved ones to get them to give it up.
Seniors already have the means of using Uber/Taxi etc. if they wanted to have someone or something else do the driving. I frankly don’t see a lot, or really any of that with my clients - the vast majority of which are seniors still driving their 20 year old car with only 60,000 miles on it (as they often proudly tell me).
Those cars are not expensive to them - and if they needed a new one, they would buy another cheap used car (probably from some other recently deceased senior).

Feelings outweigh logic in this area. 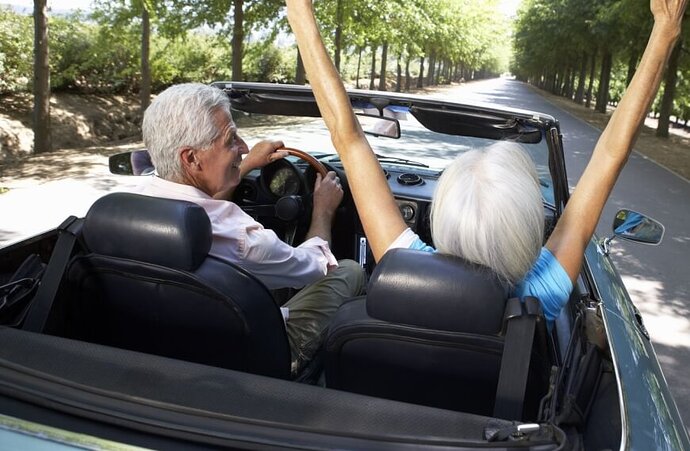 Seniors and New Cars: They’re Not Ready to Hand Over the Keys

Just because they are getting old, seniors are not exiting the automobile market – they are responsible for purchasing 43% of all new cars domestically.

Snip:
Given these areas of loss, the ability to control what they can becomes increasingly important, because it speaks directly to what seniors fear most: dependence on others. Control means “independence” which they equate to “freedom.” For most seniors, their car keys represent freedom, independence and control.

I’ve already shown you data that most US households have multiple cars with only the primary vehicle averaging more than 7K miles a year. That is a lot of cars that can potentially be replaced by MaaS.

It’s a lot, in absolute terms, but it’s not a very large proportion of cars. Again, nearly 2/3 percent of cars are “first cars” - either the only car in a one-car household, or the primary car in multiple car households. In 3+ car households, even the second car also averages more than 7K per year.

Rural areas are losing populations to urban and suburban areas, both of which are getting denser. That favors MaaS.

But suburban areas are growing much faster than urban areas - and most “urban” areas aren’t especially dense (picture the sprawling metros of Houston or Atlanta). The pandemic further accelerated a lot of those trends.

I think we agree on that, we are just haggling over how much of a reduction there will be.

Yep. Obviously MaaS will replace the taxi/rideshare sector, and likely much of the rental car sector as well. It will also consume a lot of other transportation modes, especially biking and city bus trips.

But I expect only a small number of privately-owned vehicles will be replaced by MaaS. Many of the infrequently-used cars that you’re talking about will get subsumed by the family’s primary vehicle or secondary vehicle (which will also be autonomous, just privately owned) - not MaaS. Most cars are in the suburbs, and especially most cars that are in multiple-car households are in the suburbs. And MaaS will be hard to make work in the suburbs.

only a small number of privately-owned vehicles will be replaced by MaaS.

Not true. IMO, more than 50% of personally-owned vehicles will be replaced by MaaS/TaaS. Saving money will be the driving factor, even (or particularly) in suburbia. In a city, land is extremely valuable–and using land for parking is extremely expensive. In suburbia, land is less expensive–but people still want houses that are “bigger and better”. Parking outdoors is fine–if reasonable. That does not work in the northern states. And it works no place where where there is flooding.