Apparently when passengers can track their lost luggage, it made the company look bad, so, rather than work on fixing their problems, they ban a solution! 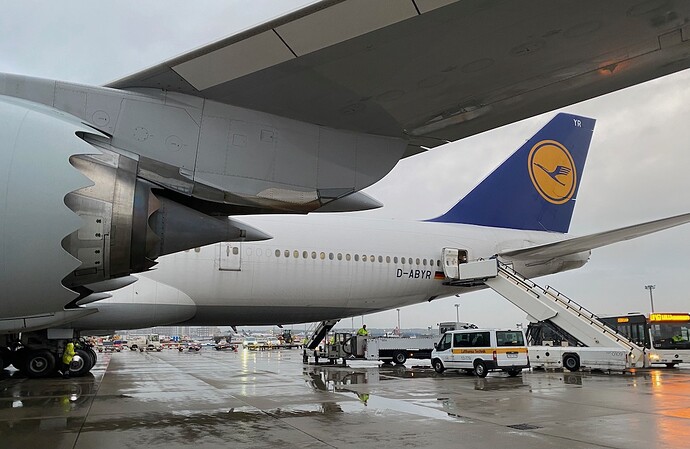 AirTags have become an incredibly popular way for people to keep track of their checked bags. Lufthansa has now banned these. Here's why. 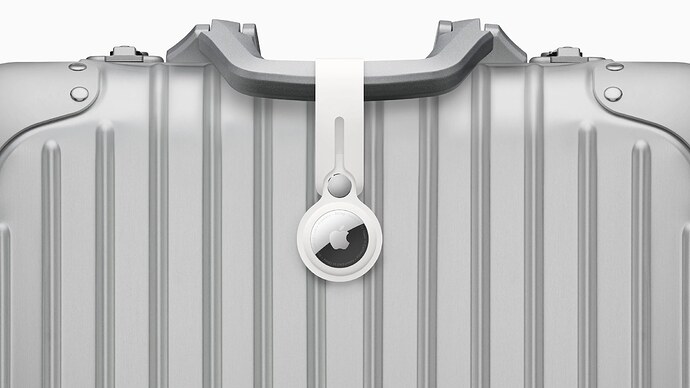 Lufthansa Has NOT Banned AirTags (But If It Ever Does, Travelers Won’t Comply)...

Lufthansa has not banned Apple AirTags and I think it is clear why: it is the sort of rule that would practicably be unenforceable.

Pardon my unawareness… but you can put an Air Tag inside your luggage and it will work? For example, hide it in a sock or something? Thx.

As long as it isn’t in a metal case, so any softside or non-metallic luggage it can be traced… If a regular traveler, glue it in some little nook , or maybe velcro dots, and you are all set!

Thanks for the info. I appreciate it.

I thought AirTags operate on Bluetooth, which would give them a range of 30-35 feet.

So what good would they be in tracking your luggage on an airline? Once you check in your bags, they’ll go out of range pretty quickly. And the range is so short, it’s a matter of luck if you can tell that they’re on the plane with you.

They make more sense for a carry on bag.

Indeed, AirTags use an encrypted bluetooth, so do have limited range, but any contact anywhere in it’s travels lets it be identified, to the owner. Another note I spotted said that if an AiTag not your own is with you, that is also reported, just so someone can’t stalk you or your travels… I’ve read several success stories since they’ve been out, if I were doing more traveling, I’d have them tucked into both checked and carryon luggage…

In all our travels, never have we totally lost our luggage, it’s been late, delayed, sent on another flight, so a few close calls, but I don’t put anything of high value in checked baggage, so far so good… Still not flying, for now…

Indeed, AirTags use an encrypted bluetooth, so do have limited range, but any contact anywhere in it’s travels lets it be identified, to the owner.

So it uses any iPhone within range to report back to the owner?

That’s both clever and disturbing.

So it uses any iPhone within range to report back to the owner?
That’s both clever and disturbing.

I wasn’t sure it had to be an iPhone, but looking around there are similar trackers for Android users, Tile was one I looked at a while back, but evidently the AirTags have been a hit, caught folks attention with success stories, showing how the airlines were more messed up than they wanted to admit. If I were shipping high value items, I’d definitely be tucking an AirTag in the package, crate… It will be interesting to see further developments…

So it uses any iPhone within range to report back to the owner?

That’s both clever and disturbing.

Yes, it will ping from any iPhone being close enough. I suspect the iPhone needs to have data and location on, but that’s a default for most users.

Recently AirTags we’re used to track luggage that was stolen by an airport employee. The first report included the approximate house location where the lost mail could be found. While the police investigated (maybe lazily?), a second report came in, same location. Police checked (finally took it seriously?) and the address was an airport employee. Employee was fired and returned what luggage he still had.

I suspect the iPhone needs to have data and location on, but that’s a default for most users.

The disturbing part is that means Apple is using the data I’m paying for to benefit both themselves and AirTag users. Would be interesting to know if that permission is buried in the T&C somewhere.

Of course, the solution is pretty easy. Turn off bluetooth. I’m perfectly happy doing that, as I have never been able to tolerate any kind of in-ear gadget. They’re uncomfortable and my ear is shaped such that they constantly fall out. And I have no other regular use for bluetooth. If I need it for something like upgrading a phone or getting an AirDrop photo, I can always turn it back on for that.

I’ve left Bluetooth on since the beginning of it, it links not only to my various headphones, noise cancelling headphones for air travel, earbuds, so far no Apple ones, but others, looking for the handiest, TCL the latest success story… As well as CarPlay uses it to link up my new Alpine head unit in the F150 wirelessly, thanks to a little dongle… There’s quite a list od current and past widgets, it may have passed along AirTag locations, but that’s unknowable in any case unless I had some sort of sniffer, but even then it’s all heavily encrypted as far as I know… The Find My App can and does occasionally find where I left my iPhone, or where DW is at the moment, her App can see where I am as well.

I noticed when we were in Seattle, my F150 was parked all week, 2 floors under the Hyatt Downtown, but Apple Maps, always knew where it was, told me how many hundreds of feet away my car was. I never set anything up for that. The CarPlay/Alpine radio was Off, but somehow it always knew where my car was, so I could always just ask it to take me there… Magical… I can live with that…

I did however, maybe all the GPSing, or maybe sending images or videos, run my VZ Data plan to overage, so I paid a fee for it, I hesitate to look at deeper, or unlimited plans, doubt they are cheaper, no need to replace the iPhones, they do what we need…