When I first heard about China’s Belt and Road Initiative, I thought that China was giving aid to third-world countries, the way the U.S. does. But that’s not true. In fact, for every dollar of aid to low-income and middle-income countries, China has provided $9 of debt. The opposite is true of the U.S.: For every dollar of debt that it provides to low-income and middle-income countries, it provides at least $9 of aid.

Since China is a totalitarian country, the government ordered banks to make loans to countries that couldn’t necessarily pay them and which the banks would not have otherwise made. 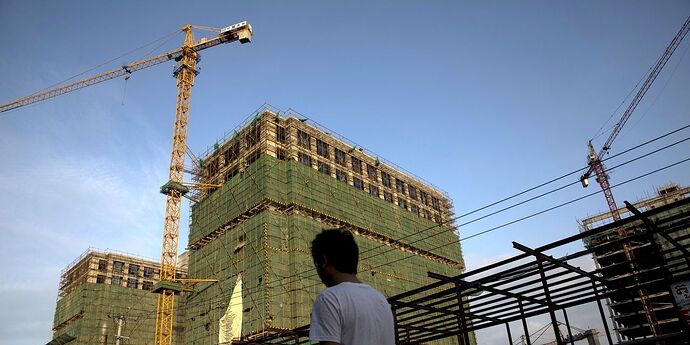 China Reins In Its Belt and Road Program, $1 Trillion Later

After tens of billions of dollars in loans have gone sour and many infrastructure development projects have stalled, Beijing is revamping its troubled initiative.

China Reins In Its Belt and Road Program, $1 Trillion Later

After loans have gone sour and projects have stalled, Beijing is revamping its troubled initiative
By Lingling Wei, The Wall Street Journal, Sept. 26, 2022

China has spent a trillion dollars to expand its influence across Asia, Africa and Latin America through its Belt and Road infrastructure program. Now, Beijing is working on an overhaul of the troubled initiative, according to people involved in policy-making.

A slowing global economy, combined with rising interest rates and higher inflation, have left countries struggling to repay their debts to China. Tens of billions of dollars of loans have gone sour, and numerous development projects have stalled. Western leaders have criticized China’s lending practices, which some have labeled “debt-trap diplomacy,” embarrassing Beijing. Many economists and investors have said the country’s lending practices have contributed to debt crises in places like Sri Lanka and Zambia…

In just a decade, according to the Foreign Ministry, China handed out about $1 trillion in loans and other funds for development projects in almost 150 countries. Nearly 60% of China’s overseas loans are now held by countries considered to be in financial distress, compared with 5% in 2010… The process could force Chinese banks to accept losses, something they’ve long opposed. For years, Beijing preferred to extend the maturity of troubled loans, a practice known in the finance industry as “extend and pretend.” That strategy risks prolonging countries’ debt woes rather than fixing them. [end quote]

This is a huge amount of bad debt to pile on top of the bad debt caused by China’s real estate industry. I wonder if their banking system may be building up pressure for a full-blown financial crisis based on bad debt.

Western interest rate swaps wont be made whole. Investing in our big banks is really risky. JPM $48 billion profit is tidily winks compared to their futures payable and receivable account numbers. Those numbers as of today are hard to find in a clean table that just breaks out the figures. I looked six weeks ago to little avail. $48 billion is a Band Aide on what can happen.

Well, that’s one way to look at it. Actually, the procedure which China is being accused of was pioneered by the US and used for decades to get mineral rights concessions iin consideration of loan forgiveness.

The major difference in the approach is that much of the money the US “loaned” ended up in the offshore bank accounts of the rulers and the elites who set up the deals and relatively little seeped down to the common man/woman, but despite the projects frequently aiding China’s objectives, when they have loaned the money for, say construction projects, the Chinese company involved hires local labor and the money is spent in the local population. It’s not to say that bribes aren’t paid (the homes overlooking the beach at Maputo, Mozambique come to mind), but the skim is far less than when the US has given aid in the past.

My guess is that China offered these loans with their eyes open and while some may not be anticipated, many others will involve the turning over of the collateral for the loan to China.