For those of you who read my 31Dec portfolio update, you know that I added CLFD as a new position last month. Today, I boosted my allocation to just under 11% of my portfolio making it my third largest holding.

I first heard about CLFD on Cramer’s Mad Money a few weeks ago. This prompted me to have a look at the Company. Then I heard from an investing friend that she also had started looking at CLFD because it recently hit the new 52-week high list.

CLFD has been in business for about 15 years and has been profitable since the first year. The Company manufactures and sells easy to install optical equipment high speed internet.

The CEO said that the stock grew from about $1 to $12 before the recent boom started for them a couple of years ago. Previously, they were growing slowly. Last year the revenue growth was about 90% (organically) and the previous year revenue grew about 66%. Prior to then growth was slow. 90% growth last year was in an industry that grew maybe 15% so CLFD is taking share. Why are they taking share? CLFD has had lower lead times for getting the equipment to its customers. CEO said that their lead time during COVID have been 8-12 weeks versus up to 14 months for competitors. Currently, CLFD has a big backlog of a couple of quarters (but still better than the competition), and they expect that by the end of 2023, lead times will be back down to their historic 8-12 weeks. CLFD is expanding capacity by adding a production plant in Mexico (and CLFD doubled their US production in 2022). The second advantage is that CLFD has is easy to install equipment; installers can be very quickly and easily trained to install CLFD equipment which is particularly important in rural areas where finding skilled labor can be challenging.

Will it keep growing fast? The infrastructure bill that was signed into law last year will provide funding for connecting rural households. Therefore, CLFD will get almost guaranteed business from their customers (who will be subsidized by Uncle Sam) for many years. At the end of FY2022, backlog was $165M which the Company believed will be cleared by the end of March (their Q2). In Q4 they did $88M in non-Nestor (their acquisition of a Finnish supplier in 2022) revenue so they should be able to book almost as much revenue as in Q4 for each of Q1 and Q2 without ANY new orders. Therefore, it seems like the absolute floor for revenue for Q1 and Q2 would be $82.5M in each quarter which would indicate y/y revenue growth of 83% for Q1 (quarter ending 31Dec) and 61% for Q2 (quarter ending in Mar). That’s the floor based on backlog they had at the end of September. Note, that CLFD’s full year revenue guidance is for 45% growth at the top end. CEO said that their guidance has been conservative because there was uncertainty around their ability to ramp up production. Today, we heard that their Mexico production will be ready by the end of February and the Company would be celebrating in Baja California at the end of March. I take that to mean that risk around supply has been reduced since when they gave their initial FY23 guidance. Therefore, I’d expect a beat and raise quarter when CLFD reports Q1 on or around 26Jan. Note: last year CLFD raised annual guidance after each quarter (specifically for FY22 guidance started at $169M and after three raised ended at $247M and they delivered $264M not including the revenue from the Nestor acquisition). So their 45% growth guidance could turn out to be MUCH higher for FY23.

As I mentioned CLFD has been profitable since it’s first year as a company. Last fiscal year, the Company had earnings of $3.55/share and with a share price of $95, the P/E is below 27. Very reasonable for a company that grew EPS by 141% last year (which included the doubling of manufacturing capacity in the US!)! Last year and in 2023 there was/will be a need for CapEx as manufacturing is increased. I’d expect earnings to be at least 50% higher in FY2023 because investment in capacity will be an added expense. When you look two years out and the Company has added capacity, I don’t see a reason by EPS can be over $10 with growth of at least 40% after FY2024. So, at today’s share price that would be a P/E below 10. What P/E does a company growing 40% deserve? I’d say a multiple of 25 is reasonable for a company growing earnings 40% which would value CLFD at $250/share in two years. CLFD has a long track record of executing on its growth without raising debt or selling more shares (CLFD competed its first secondary offering in December).

If there is a severe recession, then CLFD should not be affected because the Federal government is funding infrastructure for rural high speed internet. Therefore, I think the risk of their growth slowing down is small.

Today, the CEO had a fireside chat at the Needham Growth Conference. Here is a link to the chat which is worthwhile listening to if this investment sounds interesting:

At the end of FY2022, backlog was $165M which the Company believed will be cleared by the end of March (their Q2). In Q4 they did $88M in non-Nestor (their acquisition of a Finnish supplier in 2022) revenue so they should be able to book almost as much revenue as in Q4 for each of Q1 and Q2 without ANY new orders. Therefore, it seems like the absolute floor for revenue for Q1 and Q2 would be $82.5M in each quarter which would indicate y/y revenue growth of 83% for Q1 (quarter ending 31Dec) and 61% for Q2 (quarter ending in Mar). That’s the floor based on backlog they had at the end of September.

@GauchoRico, where did you see them say that the backlog would be cleared in the next two quarters? From the Q4 press release: Our backlog currently stands at an unprecedented $165 million, including $4 million from Nestor Cables, with roughly two thirds of that total scheduled for customer deployments in the next two quarters.

Did I miss something or or you reading this the same as I am?

It’s a commodity product with so many people competing with them that I would be very careful and keep it on a short leash.

@PaulWBryant my mistake. You are correct that they said on 17Nov that they have already scheduled 2/3 of their $165M backlog to be cleared by the end of March 2023. They also said on 17Nov that they expect to start manufacturing in the Mexico plant during Q2 (Jan-Mar 2023). Today, they announced that they will start by the end of February and will be celebrating with the team in March. So, the buildout in Mexico manufacturing is on-track (or ahead) of what they said on 17Nov. Now, what’s unclear to me still is whether their backlog is only due to limitations of CLFD manufacturing capacity or whether there is also a limitation due to CLFD’s customers not having enough labor to instant the fiber optic lines. What’s for sure is that customer demand for CLFD’s products is not currently a limitation. So @PaulWBryant the floor for Q1 and Q2 revenue (based on shipping 2/3 of the backlog) is lower than I previously posted: yes $55M for Q1 (as you pointed out) which would be 23% over Q1 of last year. The floor would assume that nothing more was ordered/scheduled in the six weeks of 2022.

CLFD’s products was not exactly commodities. A commodity is something that is completely undifferentiated. CLFD has 2 main advantages:

CLFD claims that there are patents on their product designs. I haven’t looked into these patents and haven’t assessed whether there are easy workarounds.

CLFD has a new investor presentation available (as of January 2023):

Communication and networking equipment are a commodity business. No other way to describe it. A quick search on competition brought up a long list of companies including many with deeper pockets such as Corning, Emerson Electric, Nokia and Netgear.

That said, what concerns me more about this company is their meagre cash position and equally razor-thin cashflows:

This tells me that they are heavily dependent on their sales pipeline to keep the company operating. Any glitch in either their order book or their manufacturing and order fulfillment could spell trouble.

Interesting January presentation, but it unclear how much of the growth in the recent two quarters is organic and how much is just due to the July26 acquisition of Nestor. I haven’t dug into filings with the SEC yet… do you have data that separates the growth of the pre-Nestor company as well as Nestor itself in the last two quarters?

I’m attracted to high organic growth… not attracted so much to a couple quarters of wonderful growth that is actually just a manifestation of having acquired another company. Trying to figure out what’s what.

The actual interesting info seems to start on p.30

Nestor Cables was acquired on 26July. Q4 was July 1 through Sept 30 and they said that about $7M of their $95M Q4 revenue was from Nestor.

Yeah, I can see that now in that annual report (where I provided the link).

It would seem… to a person like me who keeps trying to see the forest (instead of focusing on the trees)… that Nestor is a useful acquisition, but not one that is contributing much to the revenue picture (ballpark <10% of the combined entity).

Therefore, I conclude that the very robust growth is mostly organic. As I tend to say: Impressive... Most Impressive - YouTube 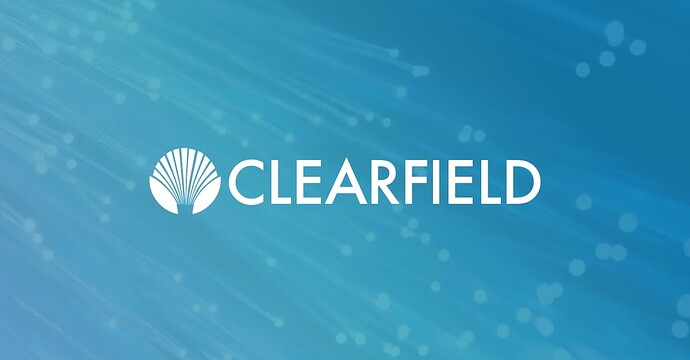 Underwriters also have a 30-day option to buy an additional 180,000 shares. The shares have been trading below $100 so unless CLFD sees an increase before or after earnings, the underwriters might pass. But CLFD now has raised $120M. Note: this is the first secondary offering since the company started in 2008. They have been profitable every year in this market so I think they know what they are doing. Company currently has $18M in debt but they were debt-free previously (I think since 2008). Not worried about the debt since they now have a large cash position.