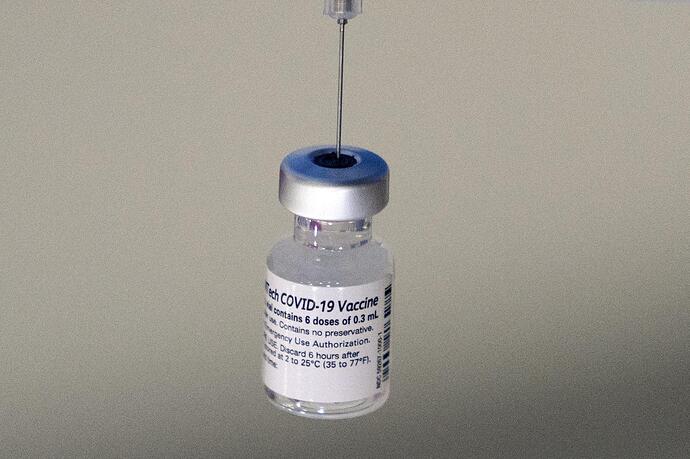 Pfizer will charge $110 to $130 for a dose of its COVID-19 vaccine once the U.S. government stops buying the shots, but the drugmaker says it expects many people will continue receiving it for free.

Pfizer executives said the commercial pricing for adult doses could start early next year, depending on when the government phases out its program of buying and distributing the shots.

The drugmaker said it expects that people with private health insurance or coverage through public programs like Medicare or Medicaid will pay nothing. The Affordable Care Act requires insurers to cover many recommended vaccines without charging any out-of-pocket expenses.

The drugmaker said last year that it was charging the U.S. $19.50 per dose, and that it had three tiers of pricing globally, depending on each country’s financial situation. In June, the company said the U.S. government would buy an additional 105 million doses in a deal that amounted to roughly $30 per shot. The government has the option to purchase more doses after that.

More than 375 million doses of the original vaccine, which Pfizer developed with the German drugmaker BioNTech, have been distributed in the U.S., according to the Centers for Disease Control and Prevention.

That doesn’t count another 12 million doses of an updated booster that was approved earlier this year.

The vaccine brought in $36.78 billion in revenue last year for Pfizer and was the drugmaker’s top-selling product.

More than 90% of the adult U.S. population has already received at least one dose of COVID-19 vaccine, according to the CDC. But only about half that population has also received a booster dose. (And based on the above, far fewer have received the most recent booster which adds protection for Omicron variants).