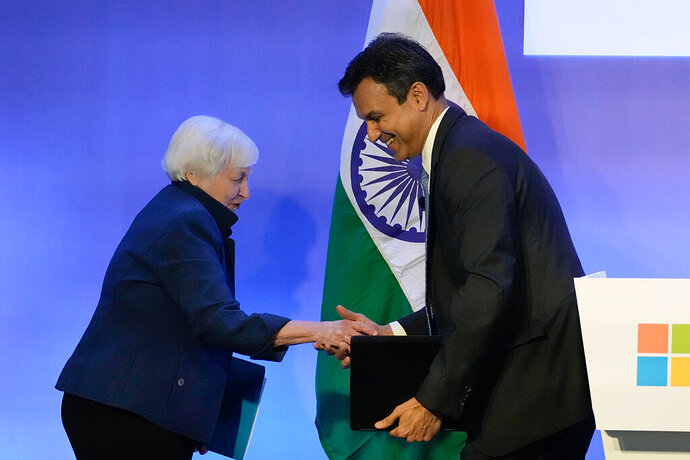 U.S. Seeks Closer Ties with India as Tension with China and Russia Builds

U.S. Seeks Closer Ties with India as Tension with China and Russia Builds

NEW DELHI — The United States is placing India at the center of its ambition to detach global supply chains from the clutches of American adversaries, seeking to cement ties with one of the world’s fastest-growing economies as tensions with China remain high and as Russia’s war in Ukraine upends international commerce…

given the challenges of doing business in India, including a lack of infrastructure and government red tape, it’s not clear how many manufacturers will make the jump from China.

India emerged as a significant obstacle when members of the World Trade Organization tried to reach a suite of agreements at a meeting earlier this year. It has also declined to join negotiations over the trade pillar of the Indo-Pacific Economic Forum, an Asia-Pacific Economic Pact proposed by the Biden administration…[end quote]

There are many obstacles to expecting India to replace China as America’s go-to manufacturing base. Including close ties between India and Russia and protectionism on both sides.

Will India become a massive, reliable “friendshore” supply partner? Probably not in the near future. But it’s worth keeping an eye on. India’s population is over 1 billion and growing faster than China’s. They speak English. They are a democracy (however disunified and corrupt). They have smart, highly educated people (though a huge poor population also).

This story will develop in the future.
Wendy

Interesting that Yellen went and not Blinken at least this time.

The substory to watch is Mumbai the financial center. The closer Mumbai gets to Wall Street the more infrastructure will be built.

The Indians are mixed on becoming the next China. In large part it is unwanted. The reason is either nation needs to import the manufacturing inputs necessary for production. Both countries have limited water resources.

The costs of those to the Indian society means running deeper deficits. Over the long run that is a losing battle for India and China. It means by the time they get into a second generation of such a build out their economy is doomed. Just one more part of China’s current doom.

The US is not after India becoming a manufacturing powerhouse like China. The USA is going to take the lead in that. The US is interesting in lowering tariffs between India and the US.

Back “in the day”, the US was tied to Pakistan which was a turn-off for India. After we lost control of the generals running Pakistan and the sweetened up to Bin Landin, it was hard to get India to trust us. India has a long history of a Western nation taking anything they thought was worthwhile and they will not be a pushover as a trading partner. The US will not be happy to add shiploads of Tata-built cars to the boatloads of pharmaceuticals and electronics that India would be happy to supply. It will be hard forr our salmons to swin upstream without lots of help.

I get that history but there is a bigger piece of that left out. The Indian Silicon Valley is very much joined at the hip with us. The tech business is perhaps India’s most important piece of trade. Russia does not even begin to have anything like that draw on India.

The Indians really do not want to be the next China. That was always unworkable longer term. The resources are not there for either China or India to maintain that.

India does not want to be the next China for the same reason that the young US did not expect to become the new England. That said, becoming the new leader in “personnel-based” technology is something they can aspire to. As demonstrated in both the pharmaceutical industry and the electronic assembly businesses, they have shown the potential of beating the US at both games. Just remember - there are more English speakers and colleges in India than in the US, but the average salaries are much lower (and the street food is tastier).

The Indian Silicon Valley is very much joined at the hip with us.

25 years ago, if we hired an Indian citizen for microprocessor design, they had their undergrad and their masters in the US. Years later those same candidates had their undergrad back home first. Now? Qualified candidates are fully educated in India, getting as good an education in this field as you’d get at Michigan, UT, or any other of the top-schools for our industry focus.

You cannot say that of China. Frankly, it’s getting hard to say that of America (we don’t seem to be putting as many young ones into electrical engineering, let alone going for the master’s degree this industry requires). (we seem to have a backlash about college, overall, here these days).

Glad retirement is getting close enough for me to taste honestly.

(we seem to have a backlash about college, overall, here these days).

As offered before, backlash to any sort of education, engineered with demagoguery about “common core”, and “woke indoctrination”, to enable budget cuts.

As offered before, backlash to any sort of education, engineered with demagoguery about “common core”, and “woke indoctrination”, to enable budget cuts.

The data shows that spending on education has gone up in each of the last 10 years (in real terms). The last time in which spending went down was in 2012. 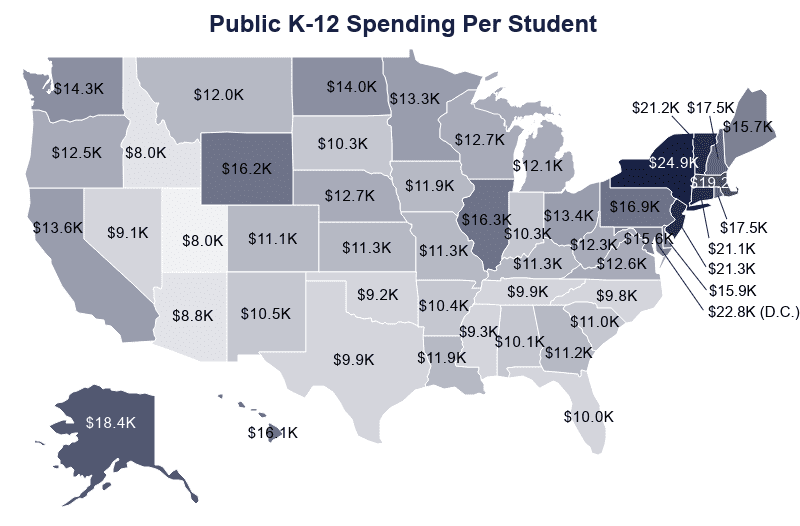 Find out how much the U.S. spends on public education and how the costs break down per student, by state and by level of government.

a shows that spending on education has gone up in each of the last 10 years (in real terms). The last time in which spending went down was in 2012.

Thank you for sharing this. Like education, medical spending does not result in superior results if individuals do not take personal responsibility.
Wendy

The data shows that spending on education has gone up in each of the last 10 years (in real terms). The last time in which spending went down was in 2012.

Your mileage may vary.

This is what has been happening in Michigan, which, until the election a week ago, had one party control of the legislature since 1984.

*Michigan ranks dead last in the nation in school funding growth in the quarter century since Michigan radically changed how it funded public education system, *

*School funding has dropped 18 percent since 1995 when spending is adjusted for inflation, *

“Since proposal A (in 1994), Michigan citizens gave most control over school funding to the state,” Arsen said. “Since 2002, the funding has dramatically failed to keep pace with inflation.

One example: Michigan’s white fourth-graders ranked 14th in the nation in reading in 2003 compared to their demographic peers; by 2017, they were 46th. 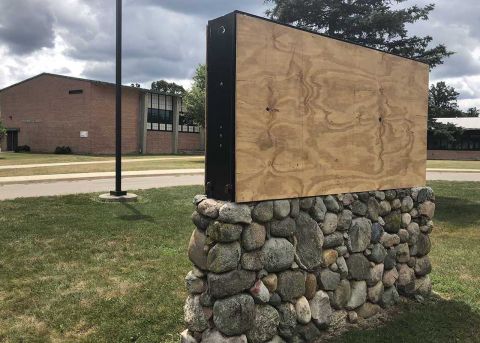 There is a link in the article to a report that provides much more detail how education in Michigan has been defunded.

*Michigan ranks dead last in the nation in school funding growth in the quarter century since Michigan radically changed how it funded public education system, *

Amazing how government-ese*1 makes simple statements become essentially meaningless. Maybe the “growth” in spending is low because you are already spending as much or more than most other states are spending?

Yes, Michigan ranks pretty high on education spending when compared to most other states! Even after a few small cuts in spending. See here (first google result) for a list of all states spending - 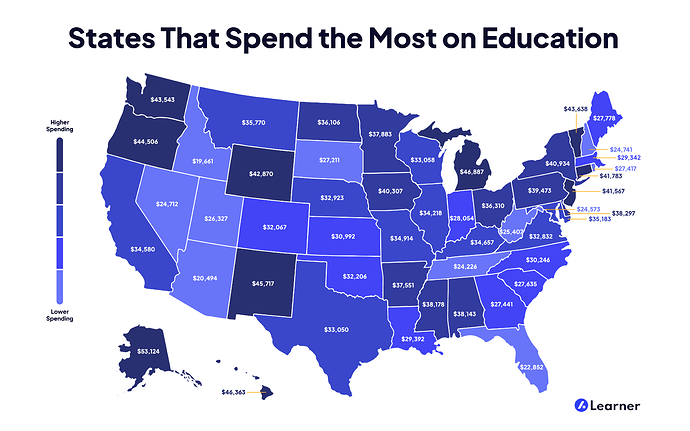 States That Spend the Most on Education - Learner

Education comes at a high price, and some states invest more in their students than others. Find out which states spend the most (and least) on their students.

Again, YMMV, That data is for 2022. The (L&Ses) had been writing their own budgets, exclusively throwing more money at the “JCs”. The Gov kept vetoing them, until the (L&Ses) agreed to fund her education and infrastructure programs, instead of blowing the money on more tax cuts for the “JCs”.

During the previous Gov’s regime, he happily signed off on two rounds of “JC” tax cuts, while handing the bill to everyone else.

This report has the numbers for 2015, when the entire state government was “JC” friendly. Michigan spending per pupil ranked 21st in the country. (page 23 of the report) And this was before the “public schools do nothing but woke indoctrination” narrative, which several losers in the recent election ran on.

Saw something interesting on TikTok. A report on China’s version of TT v our version. The Chinese are exporting an opioid version to our kids. Their version shuts off young users after 40 minutes per day. The programming includes engineering and sciences. Their kids are not getting the rubbish.

The kids in China watching want to be professionals. The polling on this topic in the US found our kids want to be influencers.

Millions of our budding influencers have forked over their SS numbers, documented as such, to TikTok to get the permission to add a link to do commerce from their TT profile. What could go wrong?

Saw something interesting on TikTok. A report on China’s version of TT v our version.

Yes, this was part of a 60 Minutes story a week and a half ago. The full story is definitely worth a look: 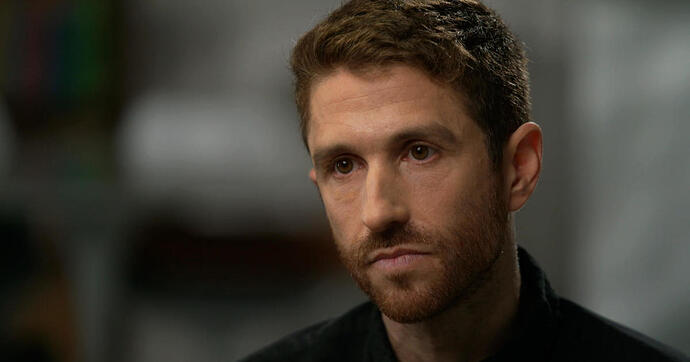 "They're super-charging 100 or 1,000 times to one the worst parts of ourselves," Tristan Harris said.