Hot models. No, not the fashion kind on the runway. There is a long thread here
https://discussion.fool.com/climate-models-running-hot-30886689…
on climate models running hot.

This week Science has an article titled “Use of ‘too hot’ climate models exaggerates impacts of global warming” about a publication in Nature.

www.science.org/content/article/use-too-hot-climate-models-e…
One study suggests Arctic rainfall will become dominant in the 2060s, decades earlier than expected. Another claims air pollution from forest fires in the western United States could triple by 2100. A third says a mass ocean extinction could arrive in just a few centuries.

All three studies, published in the past year, rely on projections of the future produced by some of the world’s next-generation climate models. But even the modelmakers acknowledge that many of these models have a glaring problem: predicting a future that gets too hot too fast. Although modelmakers are adapting to this reality, researchers who use the model projections to gauge the impacts of climate change have yet to follow suit. That has resulted in a parade of “faster than expected” results that threatens to undermine the credibility of climate science, some researchers fear. Scientists need to get much choosier in how they use model results, a group of climate scientists argues in a commentary published today in Nature. 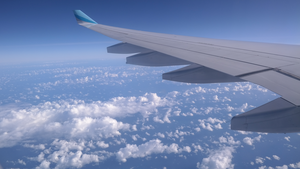 Cumulus clouds in trade-wind regions cover nearly 20 percent of our planet, producing a cooling effect. Until recently, it was assumed that global warming would reduce the surface covered by these clouds, amplifying the warming. However, a team...

“To date, many climate models have simulated a major reduction in trade-wind clouds, which would mean much of their cooling function would be lost and the atmosphere would consequently warm even more. The new observational data shows that this isn’t likely to occur.”