Is "hope" an actionable plan? 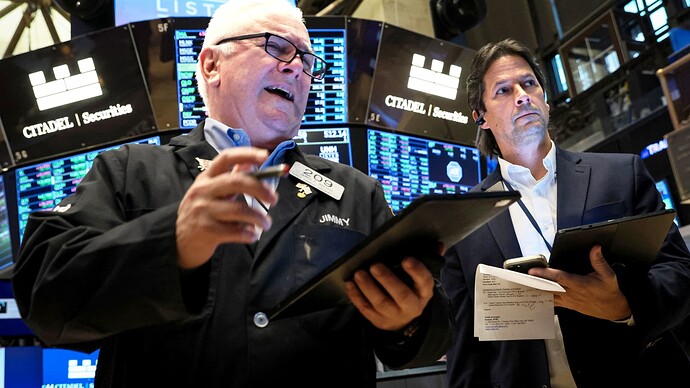 Dow surges 500 points, led by Nike, on hope earnings will be better than feared

Stocks rose after earnings reports from two bellwethers raised hopes that corporate earnings may be better than feared even with a potential looming recession.

Apparently “hope” is not actionable.

Santa knows what I asked for.
He’s delivering Xmas wishes!

A BIG FAT BOTTOM… to the stock market

Is “hope” an actionable plan?

For long term investing, no. That’s driven by the underlying business, and how well the business produces profits. Those have nothing to do with hope.

That’s driven by the underlying business, and how well the business produces profits.

I guess just a bit of hope ends up in that mode of investing as well.

'38Packard
==> Assumptions about future earnings may just as well be thinly veiled Hopes - no?

Assumptions about future earnings may just as well be thinly veiled Hopes - no?

I suppose they can be. But they shouldn’t be. Longer term projections would be better if they are based on a careful analysis of the company, it’s historic performance, and a good look at management’s projections for the next couple of years.

Naturally, you can’t get too exact with proper projections, but some companies lend themselves to a pretty good confidence in a smallish range of possible outcomes. Other companies will have very little confidence in projecting their future performance. Those generally don’t make for good long term investments. Those would be the ones where hope is the major factor in future earnings. They would also be the ones I would only invest for the very short term, if it all.

Naturally, you can’t get too exact with proper projections

C’mon. You were a business executive in an earlier life. Certainly you have made some projections during that time. Are telling me you passed off your “hope” as a sound business plan?

I think he is trying to say ‘there is a smidgen of hope in most every decision’. We don’t live in a ‘perfect knowledge’ world. And we’re people! Once I ascend to the singularity I’ll let you know if it is the same there.

Are telling me you passed off your “hope” as a sound business plan?

Nope. Would not have passed muster with my boss. When making assurances to deliver major pieces of technology and business process changes, I always couched it with as many assumptions as possible.

I’ve been on both sides of projection - both include some form of hope.

couched it with as many assumptions as possible.

Let’s get back to where we were…

==> Assumptions about future earnings may just as well be thinly veiled Hopes - no?

Is "hope" an actionable plan? Macro Economic Trends and Risks

I think I’ve been all about hopes sir. I don’t think I ever said I didn’t always work from a hope that things would turn out how I “hoped” they would. I just acknowledged that there is an element of hope in reading projections of future earnings.

Obviously you have a problem with that. Whatever.
'38Packard

I just acknowledged that there is an element of hope in reading projections of future earnings.

I think it’s more a matter of terminology. What you seem to be calling hope, I would call uncertainty. And I would contrast that with something that is so uncertain as to make it indistinguishable from pure hope.

The first is basically pure hope. The second is the result of a concerted analysis with a central expectation and a confidence interval. The uncertainty isn’t really hope, it’s a recognition that the future is uncertain, but isn’t entirely unpredictable, either.