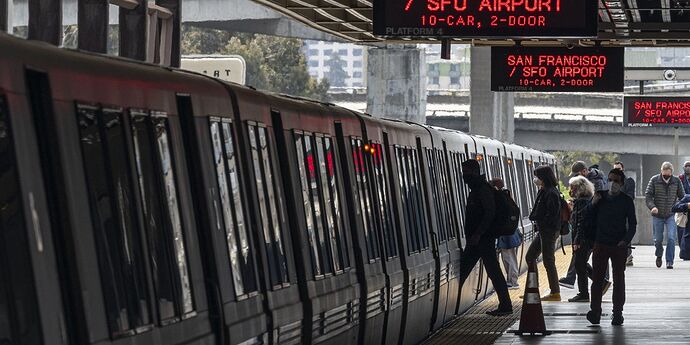 While offices have largely reopened and travel has resumed, many commuters are only coming in a few days a week. That shift has left subways, buses and commuter trains operating at well below capacity—particularly on Mondays and Fridays…

The ridership drop also has fueled an increase in transit crime, which in turn has pushed away more riders.

“The more you lose a ridership base, the more difficult it becomes to maintain a level of service that people are used to,” said P.S. Sriraj, director of the Urban Transportation Center at the University of Illinois, Chicago. “It’s becoming a vicious cycle.”…

New York’s subway system has regained about two-thirds of its pre-pandemic ridership with about 91 million trips in November, according to the MTA. But that is about 50 million fewer rides than in November 2019. Officials worry usage has stalled out at that level.

In San Francisco, the Bay Area Rapid Transit, or BART, recorded 3.7 million trips in November—a little more than one-third of the ridership before Covid.