Wow! These 65 People are extremely brave, but this needs to be done so the world is reminded not everyone in Russia is a bloodthirsty tyrant and out-of-control narcissist. Interesting to see this meeting took place yesterdayt inside Poland which continues to put NATO troops and trainers on the border while resupllying Ukraine with Western weapons. 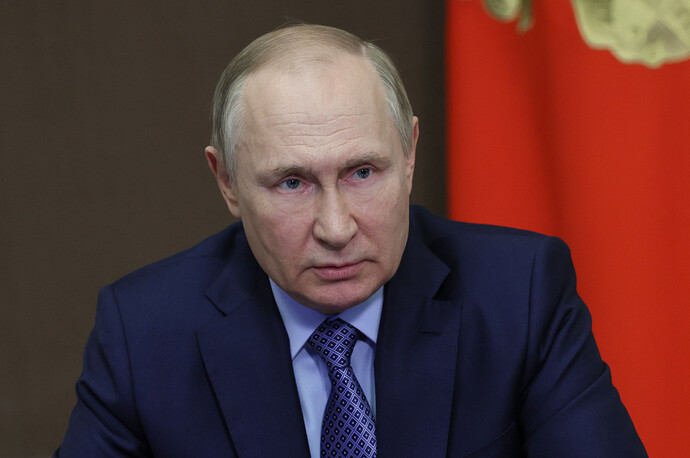 Former Russian lawmakers are to meet in Poland this week as various anti-Kremlin movements jockey for influence over a possible post-Putin Russia.

Some 65 former Russian lawmakers are to convene for a congress on Friday to establish what organizers say will be the first legitimate alternative parliament to the Federal Assembly of Russia, which critics say is no more than a rubber stamp for President Vladimir Putin.

The First Congress of People’s Deputies of Russia will begin on Friday in Jablonna, a suburb of the Polish capital of Warsaw. By Sunday, organizers hope, the new body will have agreed a draft constitution to guide Russia through a future transition to democracy and elected an executive committee to lobby for international support and recognition.

Moscow’s war in Ukraine—now in its ninth month with no end in sight—has galvanized the Russian anti-Putin movement abroad. For some, the quagmire conflict signals the beginning of the end of what they see as Putin’s neo-imperial kleptocratic regime. Now, various would-be successor movements are positioning themselves to take the reins.

I wish them luck, but somehow announcing the location of a future meeting to overthrow Putin seems fraught in an era of drones and hyper accurate GPS targeting.

Russia will not dare to hit Jablonna, a suburb of the Polish capital of Warsaw. It would bring NATO forces into the war.