When a group of tourists visited a crocodile farm, the owner of the place launched a daring proposal;

-Whoever dares to jump, swim to shore and survive, I will give 1 million dollars.

Nobody dared to move, suddenly a man jumped into the water and desperately swam towards the shore while he was chased by all the crocodiles.

With great luck he arrived, taking the admiration of everyone in the place, then the owner announced;

-We have a brave winner.

After collecting their reward, the couple returned to the hotel, upon arrival, the manager told him; he was very brave to jump, then the man said;

-I didn’t jump, someone pushed me!

Moral: “Behind every successful man, there is a woman who pushes him.” 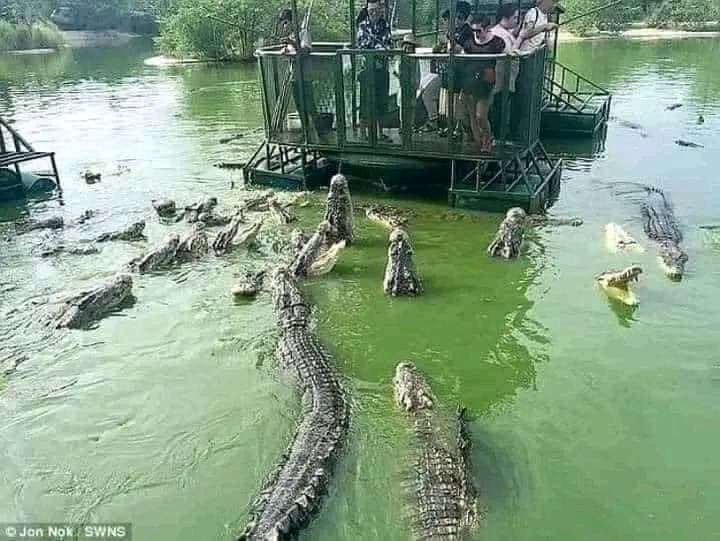