My note: This one hit an All-Time Low back in October 2022 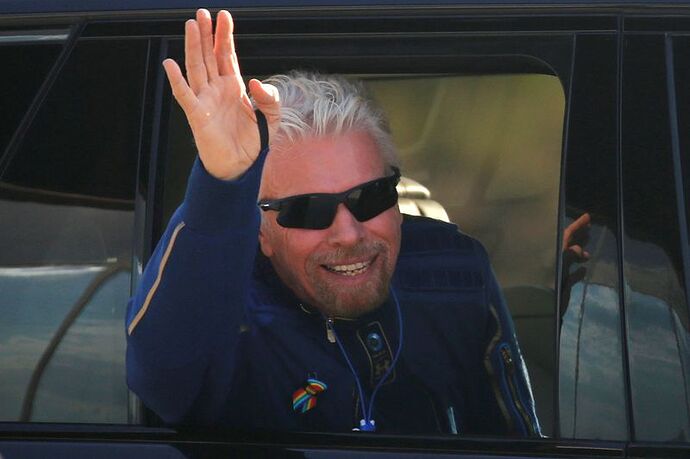 While dismissing most claims in the proposed class action, U.S. District Judge Allyne Ross in Brooklyn said shareholders could try to prove that Virgin and Branson defrauded them into overpaying for the space tourism company’s shares, which now trade more than 90% below their February 2021 peak.

Shareholders can sue over July 2019 statements that Virgin had made “great progress” overcoming “hurdles” to commercial spaceflight, despite a near-disastrous test flight five months earlier when its rocket plane Unity suffered critical damage. 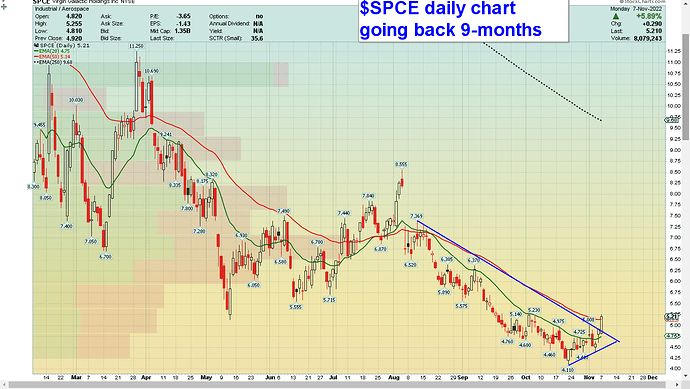 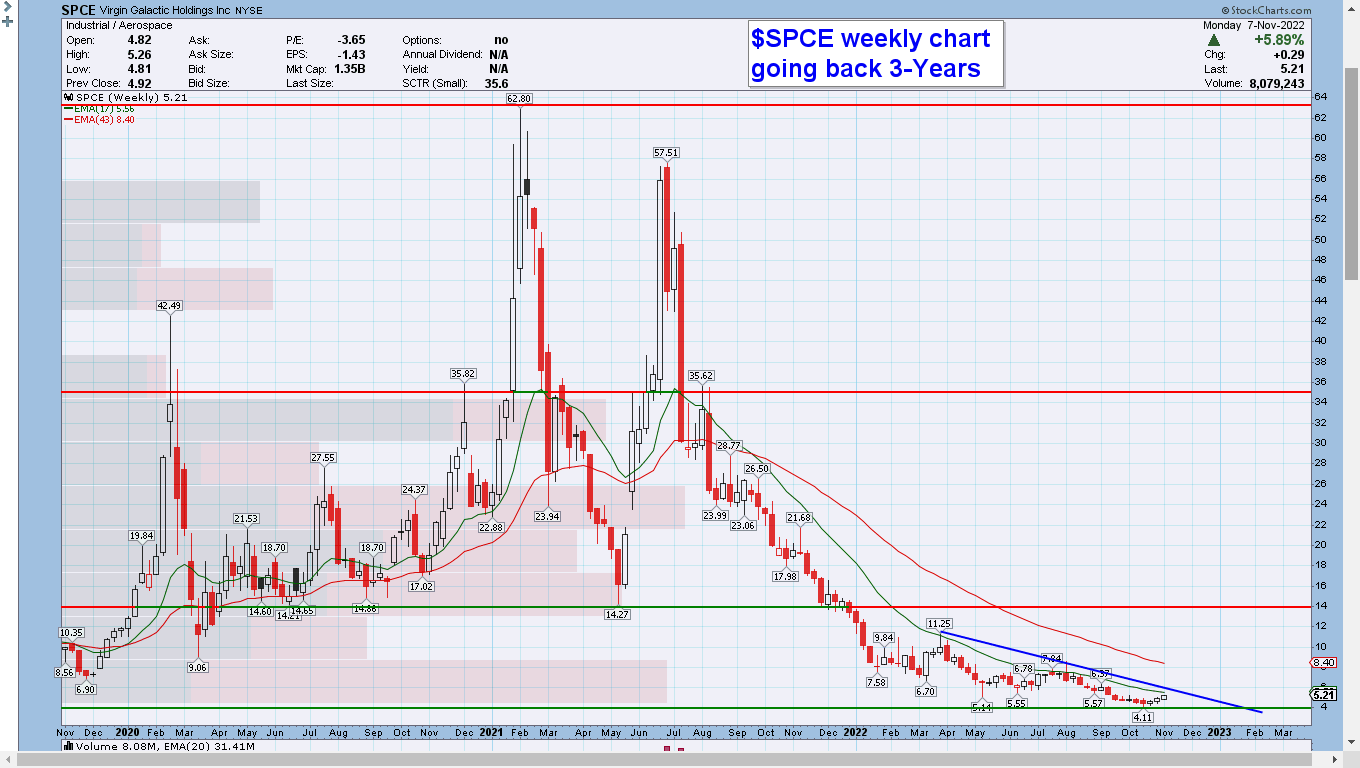 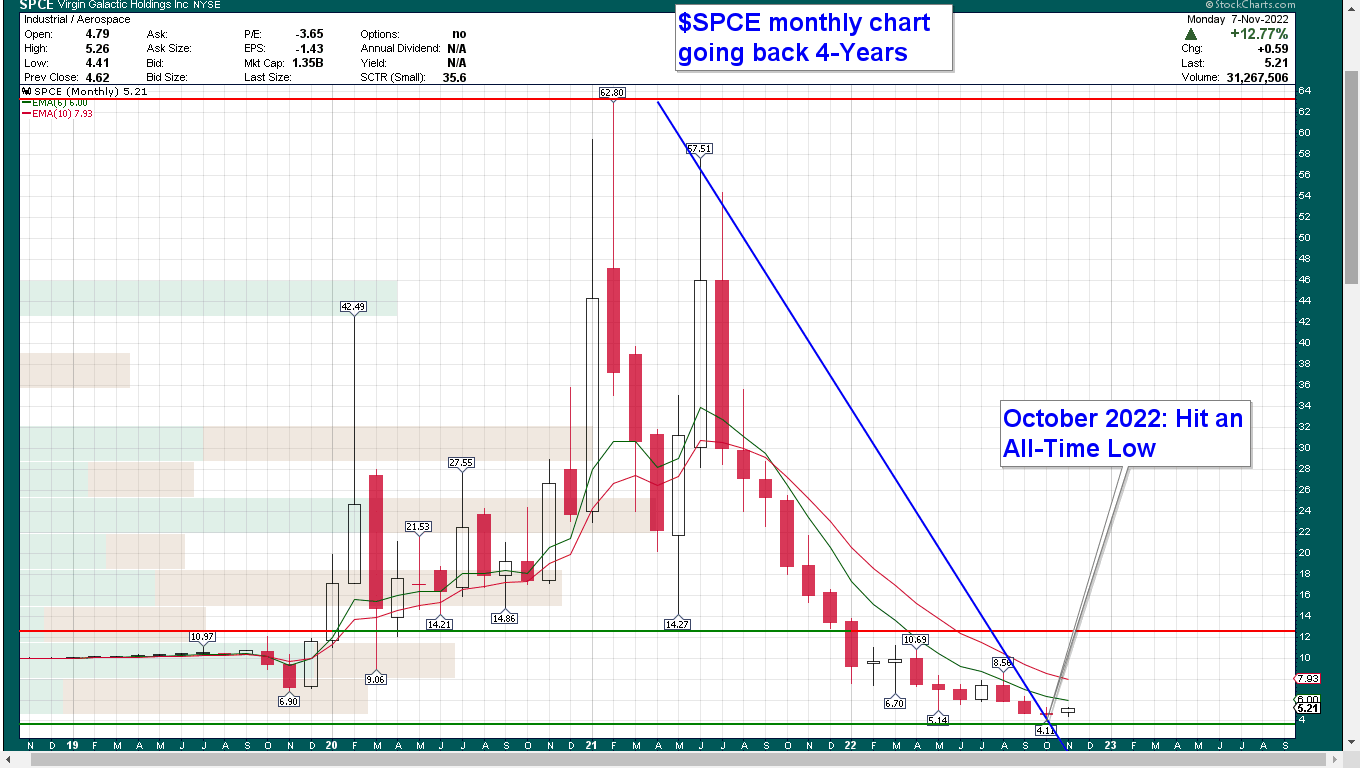