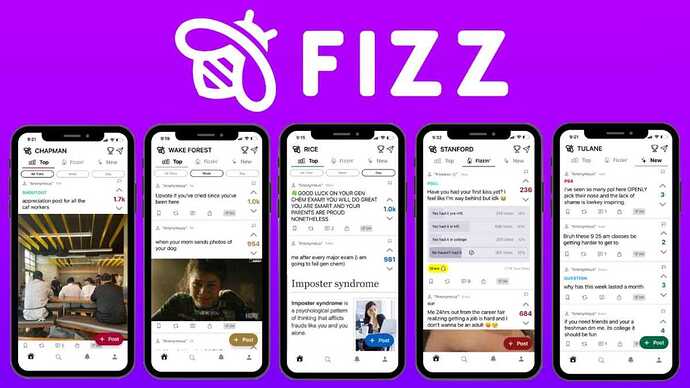 Meet Fizz, the social app downloaded by '95% of Stanford undergrads'

"We wanted to create something where people can actually communicate with one another," said founder and Stanford dropout Teddy Solomon.

Fizz is only available to college students, and users can only access the Fizz community for their own college (Fizz showed me a demo of the app, but I wasn’t allowed to make my own account to test it, because I’m not a student). On the app, students can publish anonymous text posts, polls and photos, which classmates can upvote or downvote. Users can DM each other, choosing to reveal their identity if they so desire.

At first glance, Fizz appears like a less heinous YikYak, but Mathur and Solomon say Fizz is different because students can only register if they have a valid .edu address for their school.

“The biggest differentiating factor is the way that we do moderation,” Solomon told TechCrunch. Fizz hires about 15 moderators per school who can supplement standard AI-based content screening. The moderators are paid, but Solomon declined to share how much they make. “Posts are removed within less than a minute on average, across all of our communities. We’re able to mute banned users, and if you’re banned from the community, you’re not coming back in, because you don’t have another school email address that you can put in.”