The C-130 cargo plane has been around for over 60 years - a dependable, relatively inexpensive warhorse. New weapons technology (Rapid Dragon) is expanding the role of the plant and would help defend Taiwan. 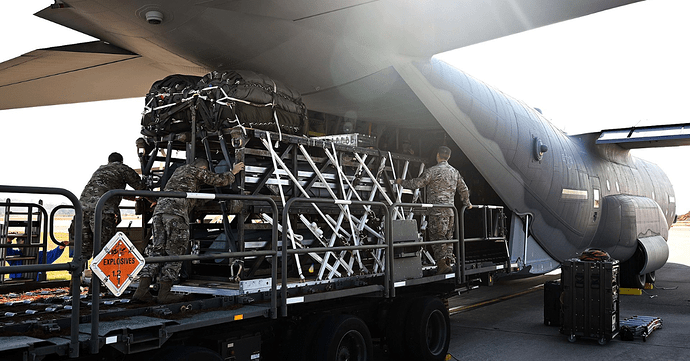 The Rapid Dragon Palletized Weapon System could be a game changer.

"During a live-fire exercise over Norway, the service showcased the ability to deploy Joint Air-to-Surface Standoff Missiles (JASSM) from cargo aircraft, such as the Lockheed Martin C-130J Super Hercules, via the Rapid Dragon Palletized Weapon System.

"Developed by the US Air Force and Lockheed, Rapid Dragon is an airdropped palletized and disposable weapons module that provides unmodified cargo aircraft, such as the C-130J, Boeing C-17 Globemaster III and Lockheed MC-130, with the ability to deploy an array of flying munitions, such as cruise missiles. Slowed by parachutes, the pallets release their missiles through the use of an attached electronic control box…All the components making up Red Dragon are held within the pallet, which can be dropped from a height of just 3,000 feet…

" The development of Rapid Dragon has reportedly alarmed Chinese military experts, according to an article in the Science and Technology section of China National Defense News , a sister publication for the PLA Daily . The latter serves as the mouthpiece of the Chinese Communist Party’s Central Military Commission." 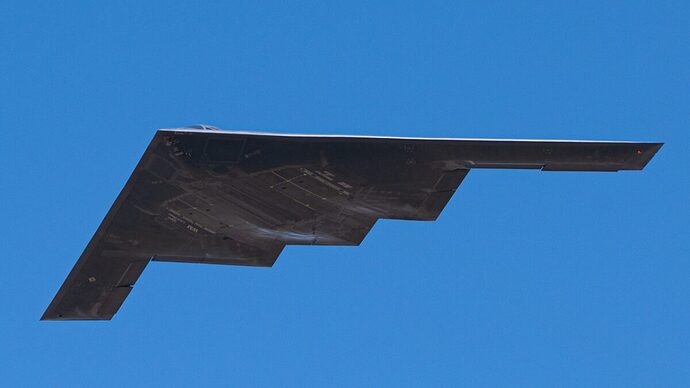 How Many Bombers Does The U.S. Air Force Have?

While numbers can vary based on availability, there are only 141 bombers in the U.S. Air Force at present. 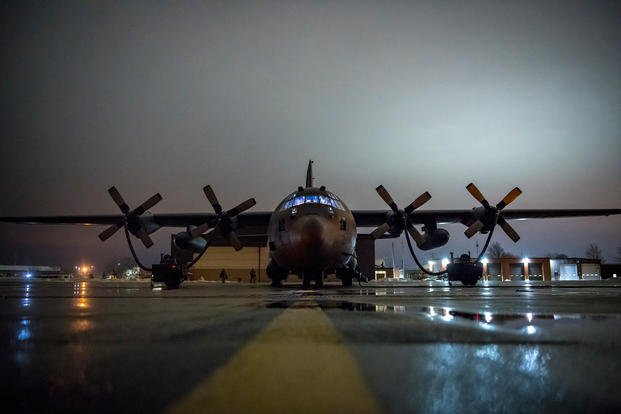 Air Force Plans to Cut 45 Planes from Its Workhorse C-130 Fleet, Upgrade Others

The Air Force reiterated budget plans to reduce its C-130 fleet to 255 aircraft in the near future from about 300 currently.

Do any of them have the doors for that? Or the pressurized and depressurized compartments worked for that?

Do any of them have the doors for that? 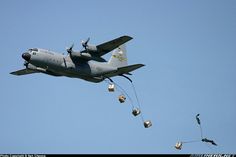 2016 Mei 21 - This Pin was discovered by Scott Dickinson. Discover (and save!) your own Pins on Pinterest 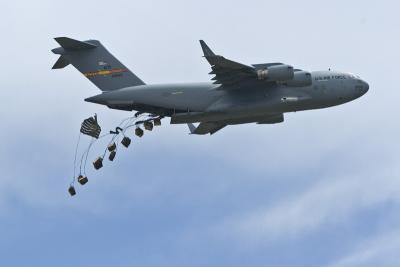 Apparently the currently approved limit for the C-17 is 25,000 feet.

C-17 crew with the 418th Flight Test Squadron at Edwards AFB, Calif., chalked up the highest altitude airdrop of a maximum-gross-weight pallet from a C-17 over the Edwards test range. Released at 35,000 feet—10,000 feet higher than the currently...

Talking about using Hercs as bombers, a concept that has been around since the first air-launched cruise missiles were produced, decades ago, would endanger whizzy new, multi-billion dollar programs, like the B-21. Can’t have all that “protected free speech” Northrup handed out for that boondoggle go to waste!!!
/sarcasm

Speaking of the B-21, apparently, the Air Force is admitting to a cost of $700M per aircraft, and a program cost for “development” and production of some $203B as of last month. Of course, we know how useful early program cost estimates are these days. 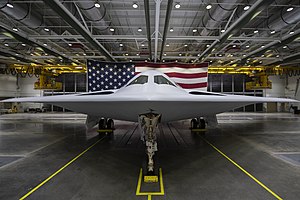 Can’t have such a spiffy program unhorsed by a Herc!
/sarcasm

Easy read with some very good information, F35 and B21 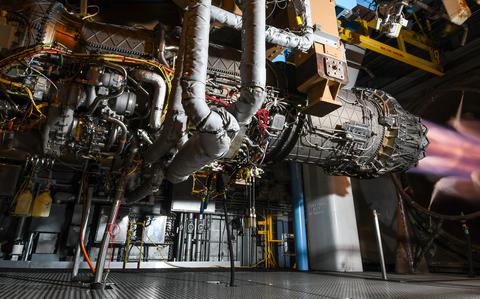 The F-35 Joint Program Office said an agreement was reached between defense officials and Pratt & Whitney, the maker of the engines, to suspend the deliveries pending the outcome of the crash investigation.