The cruise war is expensive 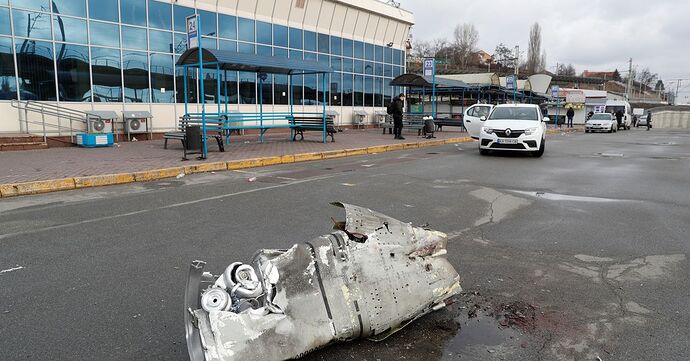 The commander-in-chief of Ukraine's armed forces said on Friday Russia had launched 328 cruise missiles at Ukrainian cities, towns and villages since the start of its invasion on Feb. 24.

Between June 25 and 26, 60 to 80 missiles were launched, of which 30 were aimed at Zhytomir, 10 of which were shot down short of their targets by Ukrainian defenses. On July 14, three Kalibrs hit the city center of Vinnytsia, killing about 20 people — three of them children. Ukraine reported that its defenses shot down two more of the missiles. On July 23, Maria Zakharova of the Russian Telegram reported that “Kalibr missiles destroyed military infrastructure in the port of Odesa, with a high-precision strike.”

Since then, a number of them have been lobbed into Ukraine, so I guess that could be 400-600 of them over the past 8 months.

So, what are these worth bucks-wise?

One estimate is between $1M-$2M each:
Russia Has Unleashed Its Cruise Missile Arsenal on Ukraine.

However, cruise missiles are expensive — a US Tomahawk missile costs $2 million per shot. Russian cruise missiles may cost around half that much%20(Nezavisimoye) but overall are effectively less affordable due to Moscow’s more constrained defense financing and manufacturing.

Another estimate places them (again, right or wrong) at $6.5M each: 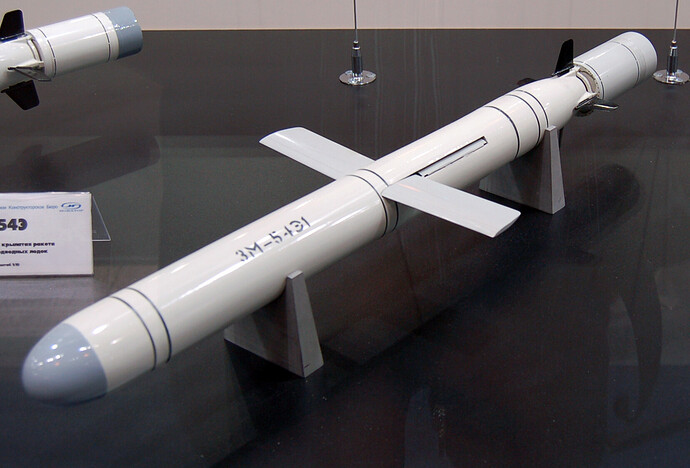 3M-54 Kalibr: Is Russia's Most Advanced Cruise Missile Being Wasted in Ukraine?

The 3M-54 Kalibr was developed in 1994 as a counter to the Tomahawk cruise missile and has been under production in various forms ever since.

The Russian military pays a price for the Kalibr’s capabilities, since each missile costs an average of $6.5 million each. Up for debate amid a war that has entered its sixth month is whether Russia’s most advanced missile is indeed being guided to vital military targets or simply joining the general barrage of roughly aimed ordnance, wasting its primary asset.

So, a lowball estimate come up with the missiles expended costing Russia $400M and a highball cost at $6.5B. Throw a dart at the number and wherever it lands, the cost has been significant. I’m also guessing that the supply of these toys is finite and it would be interesting to know how deep a dent in the available inventory has already been made.

While there is a temptation to think that this reduces Russia’s options, that may also be interpreted as a negative as some of the options left to them cross red lines.

Some of the missiles which struck Ukraine were fired from Russian warships in the Black Sea. While it would likely get Putin’s panties in a bunch again, I would think taking out more of those ships with surface-launched missiles - similar to what they did to the flagship of the Black Sea fleet (which would have to overfly Moldova just as the incoming Russian missiles did) would be considered militarily legitimate.

This is a mistake by Russia. After WWII, the US conducted a study on the effects of strategic bombing on Germany. The results were decidedly mixed. It didn’t materially impact German war production, destruction of civilian infrastructure freed up workers for the war effort, it had a motivational effect on the German public, and it cost more than the damage it caused. There were some successes too, notably attacks on oil production and rail roads, but bombing civilian targets had very little military value.

The Russians bombed a playground, a German consulate, offices, apartments and other targets that have no strategic or tactical value, and probably cost much less than the cruise missiles that destroyed them. Ukrainian sources claim about half of the drones and cruise missiles were shot down.

This will also encourage the West to send advanced anti-aircraft equipment. For example, Germany announced it is sending IRIS-T SLM missiles. These had been previously announced but were blocked by the Chancellor. Apparently this broke the log jam.

The English knew the Battle Over London was a total waste for the Germans. It left the airfields in England alone to fight on.

One of my great aunts actually bought five apartment buildings during the raids. She was very well off for the rest of her days.

Actually, the Germans were winning the air Battle of Britain when their primary target was the RAF airfields/planes, etc. The RAF was losing planes faster than they could build replacements; similar situation with training enough good pilot replacements.

Huge mistake! Allowed the RAF time to recover/regroup and the rest, as they say, is history.

Putin seems to have similar urges (Crimea bridge-attack revenge targeted on cities versus saving missiles to use on the Ukranian military).

Let’s hope it ends the same way…with a Putin/Russian loss.