The Snowpocalypse Batters the Mainland of the United States

The back door is open, a fine drizzle is bouncing off the grass, leaves, and fronds. The deer and Ibises are in the yard paying no need to the soft shower. Nick, my newest son, sits on the porch looking at the wildlife. Yesterday, he made friends with his first deer, touching noses. 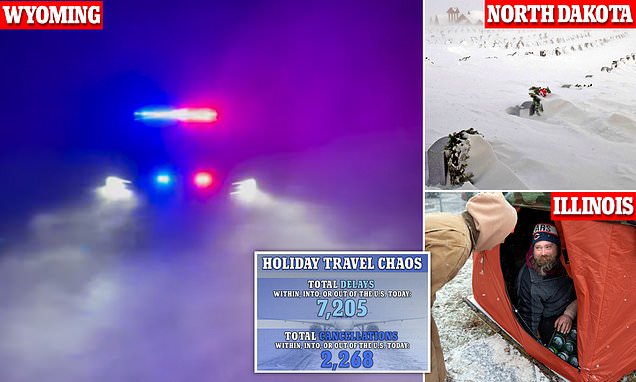 At least five people have been killed, as a treacherous 'once-in-a-generation' winter system pummels central and eastern parts of the U.S. and at least six states of emergency called.

in the upper midwest, the weatherman has been calling for a blizzard for about the last 24 hours. All of us snow enthusiasts are looking forward to it. So far, been much overhyped. Haven’t been out yet, but looks to be about 6 inches of overnight snow, which isn’t much. And the forecast shows a warmup into the 40’s for a couple of days next week.

For people that don’t live in a wintery area, this blizzard forecast might seem like a scary event, but it’s actually not a big deal. You want to stick close to home for a few days just in case the big blizzard actually comes, but I’m looking forward to getting out in the woods this afternoon for some xc skiing. The DOT road crews do a good job of clearing and sanding the roads, just have to drive slow as stopping distances are increased. It’s 16 degrees out as I type, and that is not cold at all. It is windy ( gusts up to 25mph ), which can lead to the roads being glazed over, and of course the wind chill is colder than the actual temp.

But so far anyways, this has been pretty mild.

More than 900,000 customers are without power in 23 states, including Texas, New York, Georgia and hardest-hit Connecticut, where more than 100,000 homes and businesses are in the dark, according to PowerOutage.us. As of 7:30 a.m. 6,000 flights into, out of and around the US have been canceled, according to FlightAware, an airline tracking service, and Amtrak canceled some trains in the Midwest and northern New England.

The storm has created “substantial disruptions” at FedEx Express hubs in Memphis and Indianapolis, potentially delaying holiday packages from arriving by Christmas, the shipping company said in a statement.

New York has declared a statewide emergency and banned commercial traffic on the New York State Thruway from west of Rochester to the Pennsylvania border. Governor Kathy Hochul urged people who haven’t already taken to the roads to wait until Sunday to travel. Schools are closed in Buffalo, where up to 4 feet (1.2 meters) of snow may fall, and so are public offices in New Jersey.

I was in one of these on I-95 way back in the 80s. My first wife and I ducked as the car almost slid under the backend of jack-knifed semi Totaled her fave Mustang. Bought a pickup soon after.: 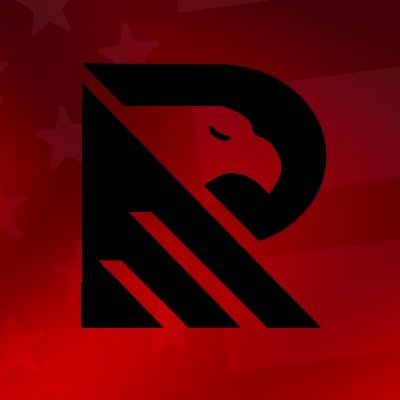 Going to be fun seeing how #FloridaMan responds to this: 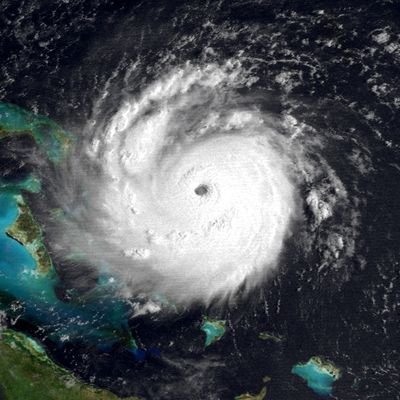 @HurricaneManWx
On December 23rd 1989, there were traces of snow flurries down to central Florida. Will we have the right recipe for that this year? We will see. https://t.co/mxDlLO7Jmn 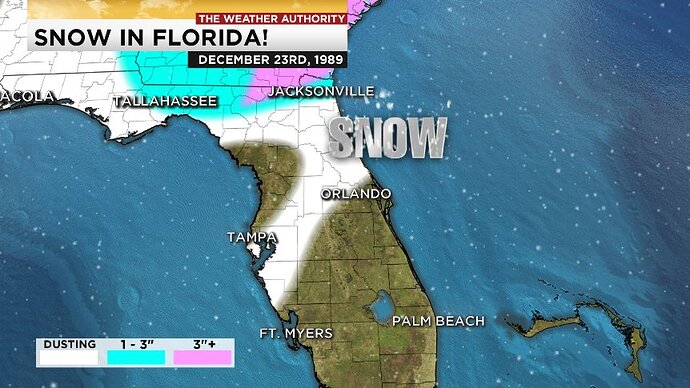 The raccoons are going to feast on iguanas tonight.

That’s right. Up there in mainland Florida we’ll have raccoons feasting on Iguanas which are not dead, but, almost in a cryogenic state. I’ve seen raccoons bite the tails off iguans which are moving too slugishly due to the cold. They can’t use their tails as weapon if they are stiff. 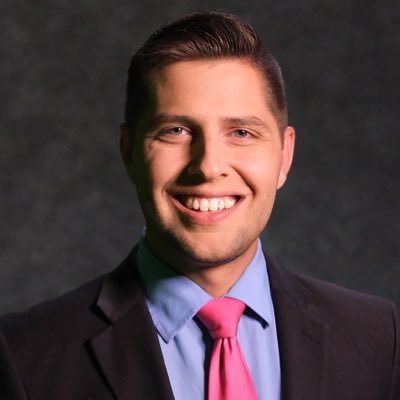 @ZachCoveyTV
BREAKING | I'm issuing an IGUANA WATCH for all of central & south Florida. An Iguana Watch means temps below 40 degrees are likely for several hours leading to lethargic Iguanas. Impacts may include falling Iguanas from trees, which can cause damage to property and people. #FLwx https://t.co/POVizqVopL 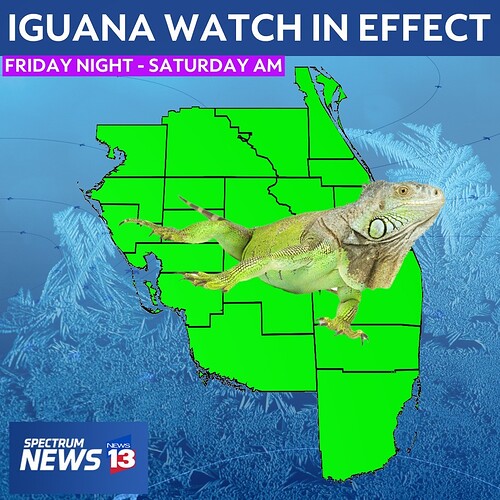 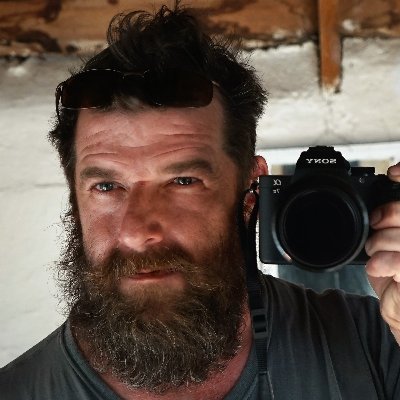 @wesharman
Made it 2.5hrs before wind and whiteout conditions forced me off the road (I-35 NB in Iowa) again. My advice to fellow truckers? Just stay parked. We're **all** going to be late with our loads this time. Photo for reference: 30mph winds; -5°F. #WinterStorm #TruckerLife https://t.co/ylXAsEbNni 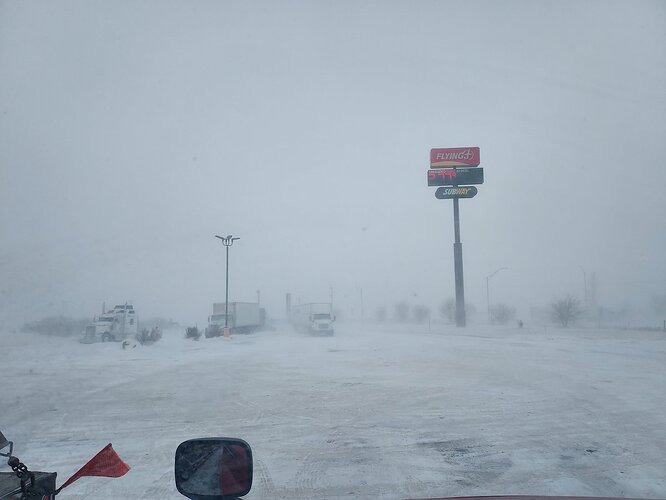 those lakes must be protecting us here is Michigan, it has truly ( so far ) just been another stretch of cold,snowy weather.

Power has not been interrupted, roads are plowed and sand has been laid down for traction. It is definitely blowing and snowing, been sticking close to home. Just got back inside, ski’d for a couple of hours, was only really cold the 1st 5 minutes or so, except where the trail crossed a big power line, definitely hustled thru that wide open area ( otherwise, the trail is in the forest, so lots of protection from the wind. It was 12 degrees when I left the truck, so not real cold ).

Best of luck to all of the folks who are suffering from power losses, or who are out on the roads working or holiday-traveling, be safe !

lol, so yeah, expanding my view toward the densely populated Michigan metro areas, things look pretty rough. I’d avoid inter/intrastate highways like the plague, the wind gets blowing down those snowy corridors, people think they can drive at the same speeds as during the middle of summer, bad things gonna happen. I feel sorry for the truck drivers trying to deal with the nut jobs on the road.

Should make for some interesting NFL games this weekend. Three games tomorrow too!

Thankfully, Jacksonville played last night in the Meadowlands and won their game.

The governor declared a state of emergency for North Carolina.

He’s nuts. It gets cold like this during some period every winter down here.

So since you have extreme weather every year or three, states of emergency shouldn’t be declared.

I hope you remember that during hurricane season.

Not clever… my point is/was that the NC weather isn’t extreme. I’d offer up “good try”… but it wasn’t… just typical winter weather.

Can you imagine trying to play football in this weather? Thursday’s game had gusts of up to 30 MPH in the Meadowlands with a steady rain all game.

I know Buffalo is playing Cleveland in Cleveland today (I think at 1:00 PM, I’ll check for the schedule in a moment for all games. That’s going to be a mess with wind gusts into the 60s (last I heard) and the wind chill way below freezing (in the negative teens). 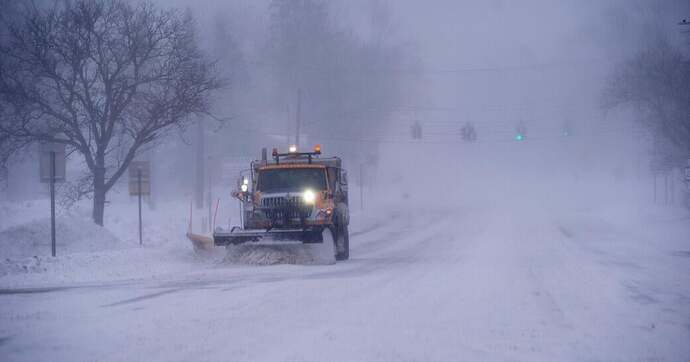 Power outages will be a serious problem, and utility crews will be limited at times in their response because of the anticipated blizzard-force winds.

Ach! It is New Orleans playing up in Cleveland. I’ll take Cleveland in this game as the Saints practice and play indoors. 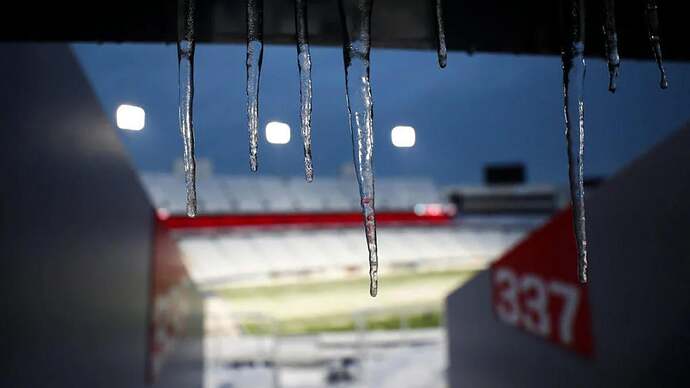 NFL Week 16 weather update: A complete guide to how games will be impacted by...

Two teams used to bad weather and the cold. This will be fun.

It took longer than forecasted to get here, but the weatherman definitely got it right, this is a doozy of a storm.