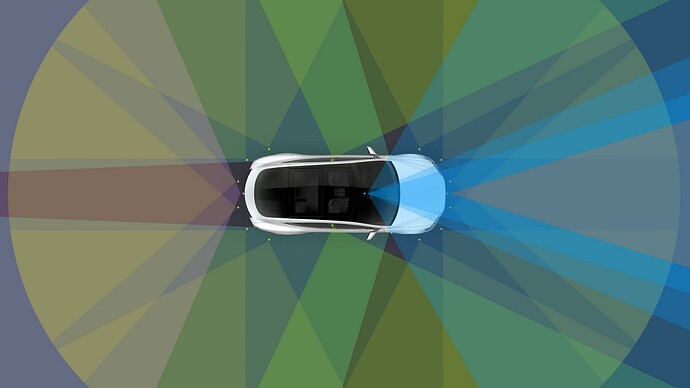 Tesla claims that it will be a temporary halt that will last until vehicles with the Tesla Vision system “achieve performance parity to today’s vehicles.”

When Tesla stopped using radars in its cars because it would stick with Tesla Vision, that was considered a bizarre cost-cutting measure. The company claims its vehicles are now safer despite the known limitations cameras present in multiple weather conditions – not to mention the investigations on Autopilot and Full Self-Driving (FSD). The deal is that Tesla is doubling down on Tesla Vision: the new victims are ultrasonic sensors (USS).

Pretty moronic. Akin to “Man gives up on crutches and decides to walk just using his legs. Claims he will be a bit unsteady for a while, but will soon walk as well as or better than before.”

Yeah, I’ll be happy when Tesla’s autopilot no longer relies on its ultrasonic sensors. A couple of years ago, on my Model S, one got hit by a rock that got kicked up by a truck on a snowy highway, and that was enough to disable autopilot until I could get it fixed. So yeah, eight fewer sensors to break is a good thing. Plus that makes the car cost less, and common damage like bumpers getting smashed will be cheaper and faster to fix. All good.

As to “The company claims its vehicles are now safer…” that would be the various national and international testing agencies that claim the vehicles are now safer. And yes, the company also claims that, and backs it up with data. Here they point to those crash test results (Model Y Awarded IIHS Top Safety Pick+ | Tesla), and their data is collected here (Tesla Vehicle Safety Report | Tesla).

And “People often crash their cars with Smart Summon”??? I don’t think so.

You should really have a bit better judgment than to post transparent hit pieces full of misdirection and half-truths. This is just another piece telling us that “OMG Teslas catch fire!!!” while never mentioning that it’s at 10% or less the rate of ICE cars.