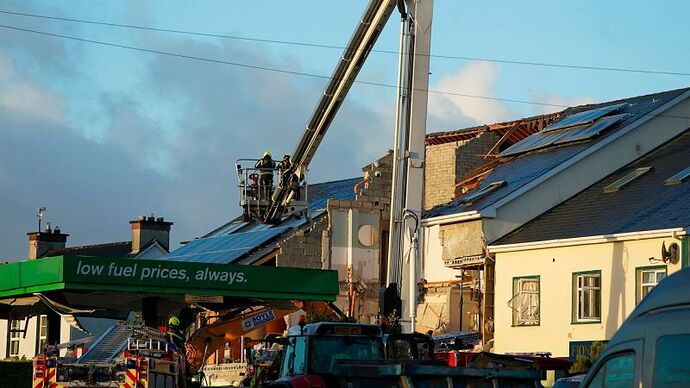 Two teens and a child among 10 people killed in Ireland gas station explosion...

Ten people were killed and eight people hospitalized in an explosion at a gas filling station in the northwest of Ireland, local authorities said on Saturday.

Irish police said that among the 10 dead in the blast in Donegal ere four men, three women, a teenage boy, a teenage girl, and another younger girl. Police said earlier that eight people had been injured.

The explosion happened shortly after 3 p.m. local time on Friday in County Donegal at the Applegreen petrol station on the outskirts of the village of Creeslough.

Police said they believed it was a “tragic accident,” and the largest number of civilian casualty seen in decades in the region.