WaPo: Mars rover digs up intriguing clues in the hunt for life beyond Earth 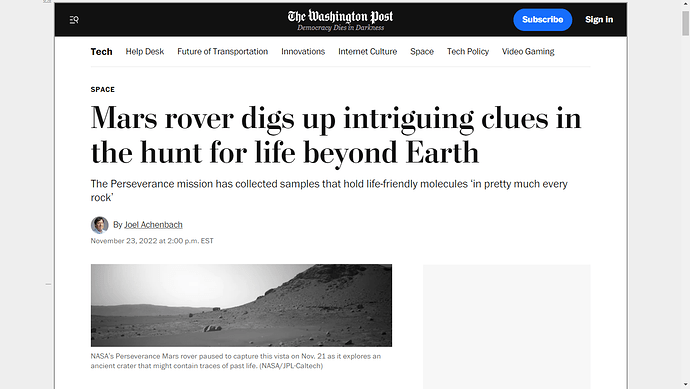 On the floor of a shallow crater on Mars, the NASA rover Perseverance has hit what scientists are hoping is pay dirt. Martian rocks excavated by the rover show signs of a watery past and are loaded with the kind of organic molecules that are the foundation for life as we know it.

Scientists collaborating on the mission also say the rock samples, which the rover has cached in tubes for a future return to Earth, have the right chemical recipe to preserve evidence of ancient Martian life, if it ever existed.