Enzymes that rapidly break down plastic bags have been discovered in the saliva of wax worms, which are moth larvae that infest beehives.

The enzymes are the first reported to break down polyethylene within hours at room temperature and could lead to cost-effective ways of recycling the plastic.

The discovery came after one scientist, an amateur beekeeper, cleaned out an infested hive and found the larvae started eating holes in a plastic refuse bag. The researchers said the study showed insect saliva may be “a depository of degrading enzymes which could revolutionise [the cleanup of polluting waste]”.

Polyethylene makes up 30% of all plastic production and is used in bags and other packaging that make up a significant part of worldwide plastic pollution. The only recycling at scale today uses mechanical processes and creates lower-value products. 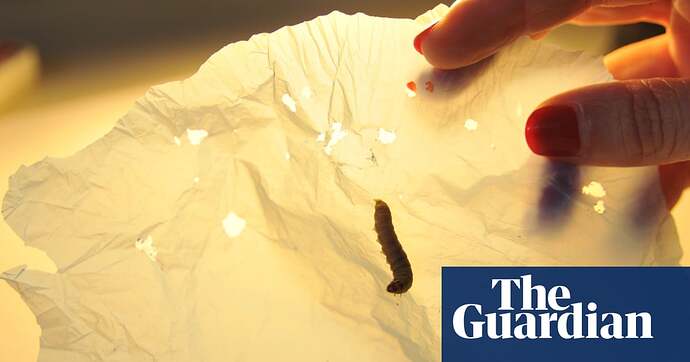 That was on the news last night.

So, what is the plan? Breed these worms and turn them loose in the landfills, and the oceans, where plastic collects? That would probably result in another massive problem, like the genius who imported Gypsy Moths to the US, or the other one that started some silver carp farms right next to the Mississippi. The worms over-multiply and wipe out the bee hives that are already threatened by something else?

Synthesize the saliva? Probably more expensive that breeding the worms.

The difference enzymes are possibly for different plastics. 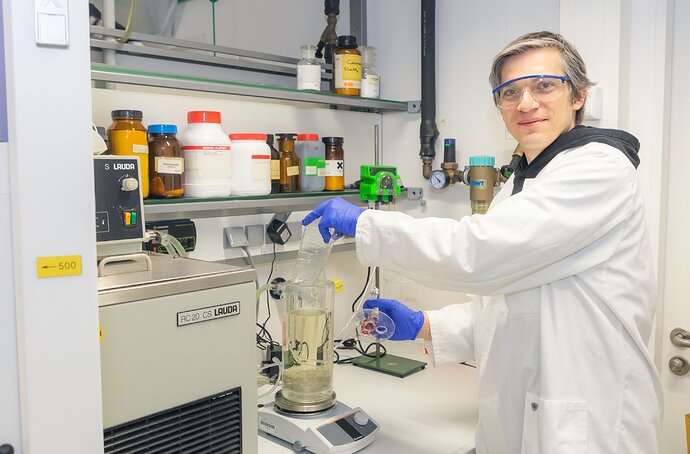 Plastic bottles, punnets, wrap—lightweight packaging made of PET plastic becomes a problem if it is not recycled. Scientists at Leipzig University have now discovered a highly efficient enzyme that degrades PET in record time. The enzyme PHL7, which...

So, what is the plan? Breed these worms and turn them loose in the landfills, and the oceans, where plastic collects? That would probably result in another massive problem, like the genius who imported Gypsy Moths to the US, or the other one that started some silver carp farms right next to the Mississippi. The worms over-multiply and wipe out the bee hives that are already threatened by something else?

Which, I point out, is what nature does, just in a different way. The history of the planet is that of one species invading, then overtaking, then often dying out of a particular area. Trees, bees, butterflies, coral, limestone sinkholes, kudzu, and humans taking over every square meter of the planet.

I’m not saying we shouldn’t be aware of unintended consequences (cars → pollution, fracking → earthquakes, etc.) but the reality is that Mother Earth has been doing much the same since the beginning of time. I’ll even wager the oceans didn’t start off salty, that came later.

It seems the only way to stop unintended consequences is to stop having consequences. Even so, they will continue, they’ll just be different.

The worms are the path to discovery of the enzyme … no reason to stick with the worms if one can manufacture the enzyme.

Or use the worms in a controlled lab to make the enzyme.
I mean, whoever heard of anything bad escaping from a lab?

The cheapest way to manufacture enzymes is to have a critter do it for you. You can create the conditions where naturally occurring yeast or bacteria will degrade almost anything you like. The trick though, is inducing those conditions in a cost effective manner. Back in the day, I worked on some research projects using the white rot fungus p. chrysosporium. In a nutshell, wood is composed of a set of different polymers, which by nature are hard to break down. It does this by leaching out non-specific enzymes which attack the wood polymers.

As it turns out, those same enzymes break down lots of other stuff that is normally persistent in the environment, including a class of chemicals called polycyclic aromatic hydrocarbons (PAHs). PAHs are typically toxic and some are cancer causing. PCBs are in the PAH family. P. chrysosporium breaks PAHs down just fine in the lab, but not so well in the field. One of the many obstacles is that it takes time, which adds cost. There are a couple other technical problems too, which I won’t get into.

I imagine if you had a big room full of these worms you could more or less continuously dump fresh styrofoam into and the worms would eat it just fine. Doing it on a cost-effective, industrial scale is an entirely different question.

Heard something on NPR the other day. When bacteria got from one cell into another normally the cell would die. It was unworkable. But mitochondria which is from bacteria has 135 milliamps of energy it brought to the original beginnings of more complex life than singular bacterial cells. That voltage across a square meter is the same as a lightening bolt. All life as we know it is from mitochondria.

Remember if you will when we were all much younger we were told life is created by a lightening bolt hitting a cocktail of chemicals. Well it was actually bacteria, mitochondria, that forms our concept of life.

Now back to your regularly schedule programming.

But mitochondria which is from bacteria

Did mitochondria come from bacteria?

Mitochondria originated by permanent enslavement of purple non-sulphur bacteria. These endosymbionts became organelles through the origin of complex protein-import machinery and insertion into their inner membranes of protein carriers for extracting energy for the host.

Origin of mitochondria by intracellular enslavement of a photosynthetic purple bacterium - PMC.

This is a massive leap for the basic life that existed as single cells for eons and eons on this planet. It is the cornerstone of our being.

That’s fine. Just misunderstood what you were trying to say.

Remember if you will when we were all much younger we were told life is created by a lightening bolt hitting a cocktail of chemicals. Well it was actually bacteria, mitochondria, that forms our concept of life.

I think the real mystery remains how life came from nonlife. How does one get the single cell capable of eating, growing, and reproducing from a cocktail of chemicals and a lightning bolt?

Once you get life, complexity seems to be a foregone conclusion given enough time. That seems to be the end result of natural selection. It took about a billion years to go from bacteria to eukaryotic single cell critters (with your presumed bacterial parasites evolving into mitochondria). Then another billion for single eukaryote cells to get together and form multicellular organisms. How life becomes more complex is conceptually understandable. The hard part is how one goes from goo to bacteria.

I do not know if you read the link. I have not. I heard this all recently on NPR.

The important part is that any other bacteria could not be hosted by another bacteria cell in the ooze. Because without the energy mitochondria offered the hosting cell would die. This led to more and more complex DNA.