WEB more extreme than the extremists

“If you … owned all of the bitcoin in the world and you offered it to me for $25, I wouldn’t take it,” Buffett told CNBC earlier this year.

90 whatever is showing. He really has no clue what digital scarcity is. He probably has less of a feel for what content producers go through in the digital age trying to form value. But he has owned newspapers and seen that investment go up in smoke because this is a digital world now. Again too much money to feel what that means.

He is as extreme on this as those who wont ever let go. Not a position he would have taken in his 60s on any topic. That does not mean in his 60s I think he ever would have put a penny into BTC. Just he would not care to rail about the topic in a nonsensical way. If he owned all of the BTC for $25 that is a major windfall…if…only if… 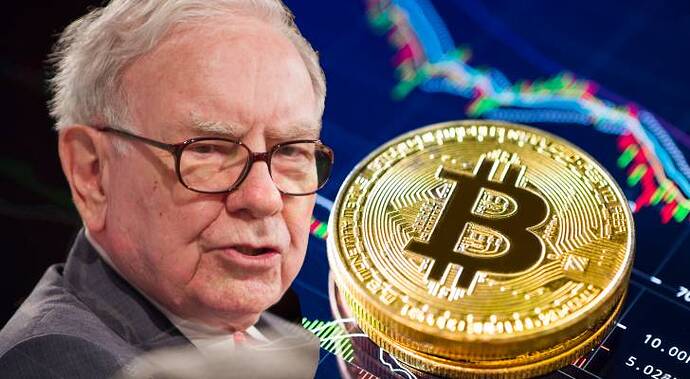 Will Bitcoin mint more millionaires or is this just a 'dead cat bounce'? Here...

The Oracle of Omaha never saw a future in cryptocurrency.

But scarcity does not create value. And that is what I do not get with Bitcoin. “There will only be so many Bitcoin!” Ok… there are plenty of things that are scarce and yet have no value at all. Why should I assign value to it? Why should I want it?

But scarcity does not create value.

What are the three most valuable things?

What are the three most valuable things?

Try living without water, food, and housing. Are they valuable?

Water, Air and Sunshine are the three most valuable things. Generally until bottled water they were free. They are in huge quantities.

The rarer something is often the more expensive it is among human beings but that does not make something rare nearly as valuable as water, air and sunshine.

BTW the little I know tulips were never rare. Plus the higher in price they went the more the supply.

BTC is dropping in new supply.

But ONLY if that rare thing is desirable in some way, has value to people. That is what you do not get. The scarcity of Bitcoin, in and of itself, does not make it valuable. Scarcity might make it MORE valuable, if it has any value to start with.

So… why do I, or anyone, want to use Bitcoin, and what for?

BTW the little I know tulips were never rare. Plus the higher in price they went the more the supply.

That’s correct but incomplete. The price didn’t skyrocket because farmers needed bulbs. The price skyrocketed because people thought they could sell to a greater fool later.

Buffett is spot on. Scarcity doesn’t automatically imply value. You can buy bags of Roman coins on eBay for not much money. My mismatched socks are scarce and have no value.

Bitcoin is only valuable for criminal activity. Other than that, all the holders are just speculating there will be a greater fool come along in the future.

Edit: Here is something else that is scare but not valuable. The Porsche 911 NFT. 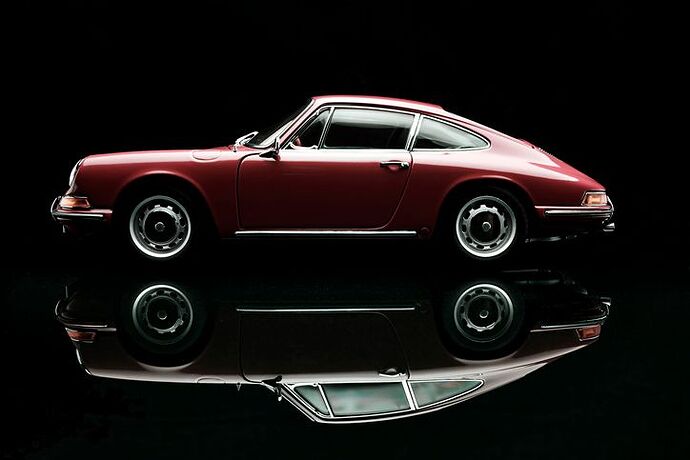 The German automotive giant's attempt to enter the Web3 market was not successful, as the floor price fell below the mint price of 0.911 ETH shortly after the launch. 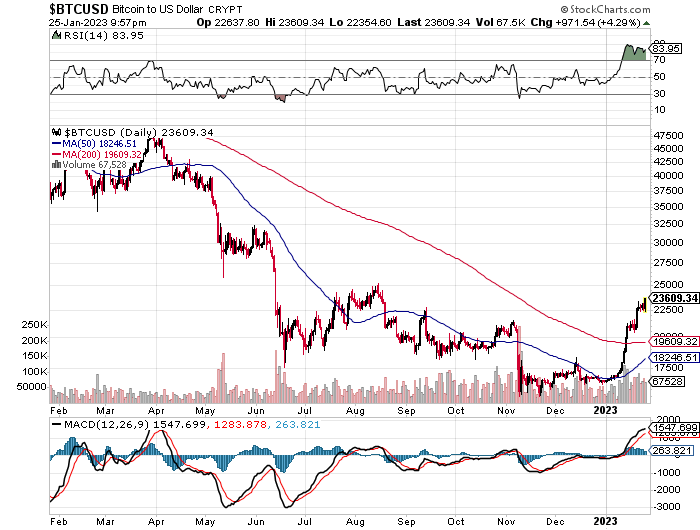 $BTCUSD - Bitcoin to US Dollar

But it is worth a lot for something that is done, over, finito…

Did he say if given Fort Knox for $25 he would refuse to take all the gold?

That was just ranting and raving. Old age for WEB, common nonsense for most other people.

Did he say if given Fort Knox for $25 he would refuse to take all the gold?

He rejected gold after the top.

He has bought silver only a decade or so earlier. Not much better than buying gold.

The point is he is raving now. It is hard for him to express himself as well today in his 90s. To be expected.

I do not know why he is in Apple at much closer to the top. The two top guys in the stock picking end of things are not much in comparison to a younger WEB.

The problem is the reading on page 18 is not a response by WEB in 2012 that line up with his latest ravings.

I do not know what are WEB’s actions and what are his stock picker’s actions when it comes to Apple. This matters for other reasons I am more interested in today regarding BRK.

The crazy talk of not taking 100s of billions of dollars worth of BTC for $25 is not worth respecting.

Also it has nothing to do with gold just after the top in 2012.

The classification of investment classes is very interesting. That has nothing to do with short term arbitrages.

Apple is exactly what WEB would be after in tech but at the highest of prices? He would have known better if he was 50 years old. Why that tech because it is a media rich environment.

So what’s the point you are making?

Especially if one tends to Leap to conclusions…

Again what is your point? You are not a parrot.

I am saying WEB’s mindset has changed. And it has.

WEB invested in silver and his timing was extremely good. That was just over twenty years ago. He said gold was not worth it for all sorts of reasons but he was saying that just after the top in gold. That timing was good. Do you think WEB was ignoring the market timing? He did not like that gold in so many words does not produce a profit or a dividend. But he invested in silver regardless about 12 years earlier.

He invested in Apple closer to the top with a small yielding dividend. Why? He is declaring he would not give you $25 for hundreds of billions of dollars in BTC. Why?

Is BTC so bad he would not take such a windfall? Is such a windfall in the offing that he declaration is well thought out? His mindset has shifted dramatically. I do not think he picked AAPL. If he did his young guys put him up to it.

Especially if one tends to Leap to conclusions…

Again you are one of the much lesser studied investors here.

No one expects you to know or understand things here. You can learn things if you ask questions and keep and open mind.

This is an econ board. If you have been an ardent supporter of supply side economics you actually have never studied any econ or it went in one ear and out the other. Time for you to study public finance to follow these conversations. As opposed to trying to take lame shots because of your a lack of education. We are gentlemen here.