Why is the nation of Israel turning to an ultra racists government? 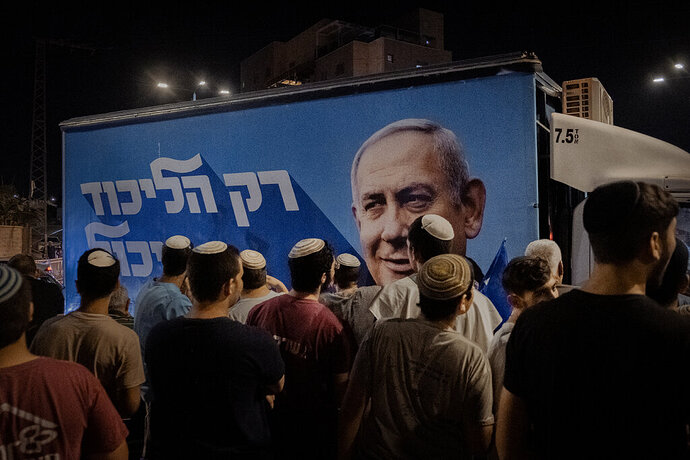 To Palestinians, Mr. Netanyahu’s government represents the most unequivocal Israeli opposition to Palestinian statehood since negotiations to end the Israeli-Palestinian conflict gathered momentum in the 1990s.

Successive Israeli leaders, including Mr. Netanyahu, had since left open the possibility of ceding parts of the West Bank to a future Palestinian state.

Mr. Netanyahu’s new government, however, ended that ambiguity in late December. A list of the coalition’s guiding principles began with a straightforward assertion of the Jewish people’s “exclusive and unquestionable right to all areas of the Land of Israel,” a biblical term that encompasses both Israel and the occupied West Bank, and pledged to “develop settlements in all parts of the Land of Israel.”

This is going to cause economic and conflicts / turmoil in Middle East and spill over to USA and Europe!