I think probably not as the government has other channels to disseminate its propaganda. 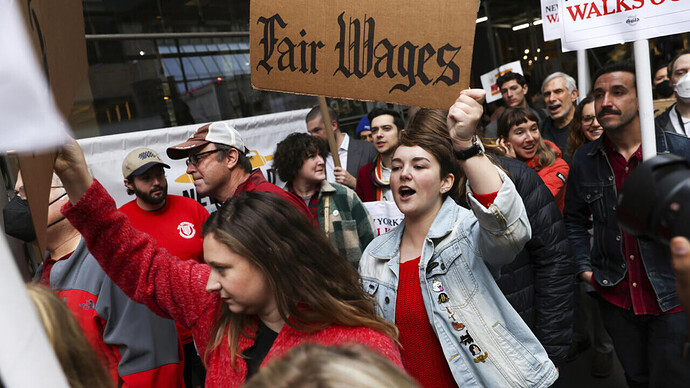 New York Times journalists, other employees on strike for first time in decades

More than 1,000 New York Times journalists and other staff walked off the job for 24 hours Thursday, frustrated by contract negotiations that have dragged on for months in the newspaper's biggest labor…

The sides remain far apart on issues including wages, remote work policies and a performance review system, which the union says is racially biased. The current contract expired in March 2021, and the union has accused the company of dragging its feet on negotiations.

With so many Shiny people content to consult FB and Fox Noise for “information”, is a publication like the Times even relevant anymore?

is a publication like the Times even relevant anymore?

The NYT used to be respectable…

The NYT used to be respectable…

Love her anyway. Or if you need to love him anyway.

The paper is excellent. If the rates go up I head to the WaPo. Depends $1 more a month I stay put.