WOT: Musk sets Guinness World Record for losing the most wealth ever

Embarrassing testimony “ Elon Musk says he could have secured funding to take Tesla private. At a trial over his 2018 effort to buy the carmaker, Musk said that his “funding secured” tweet referred not only to his belief that Saudi Arabia would help finance the deal, but [also to his stake in SpaceX]~), which he could theoretically have borrowed against. Under questioning, he acknowledged he hadn’t mentioned the SpaceX stake in a 2021 deposition.” 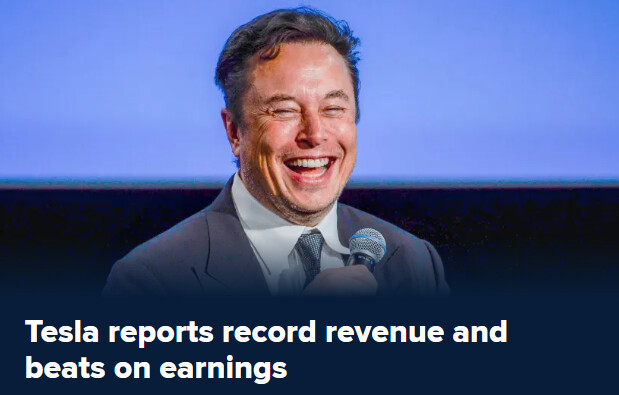 Good morning, some of us have been playing the game for over 50 years, both as an insider and as a retail piker. When insiders use their stock for, material , loans, I pass, hence I’m biased. If you have research that concludes large borrowing against their stock, is a bullish long term indicator, would you be kind enough to share it? I’m open minded but history has not been kind. Do you expect Musk to give bearish guidance and risk margin calls? Thanks.

Focus on the business and execution. Everything else is noise.

Elon Musk has set a Guinness World Record for losing the most wealth ever.