Agrivoltaics -- I love a win-win!

A new technology, translucent organic photovoltaics that absorb blue but transmit red light, are being tested as photovoltaic panels that double as sun screens for food plants. A field test that included a heat wave gave a higher undamaged tomato crop yield than the control in full sun.

Lower-tech agrivoltaics built solar panels on stilts in livestock pasture. The cattle simply graze around and below the solar panels. The ranchers make money from the cattle as well as from the electricity.

The new technology would potentially allow field crops to be grown under large areas of translucent solar panels. Of course, the economics would need to pencil out since the installation cost would probably be high. But it is potentially a win-win if the technology can be developed. 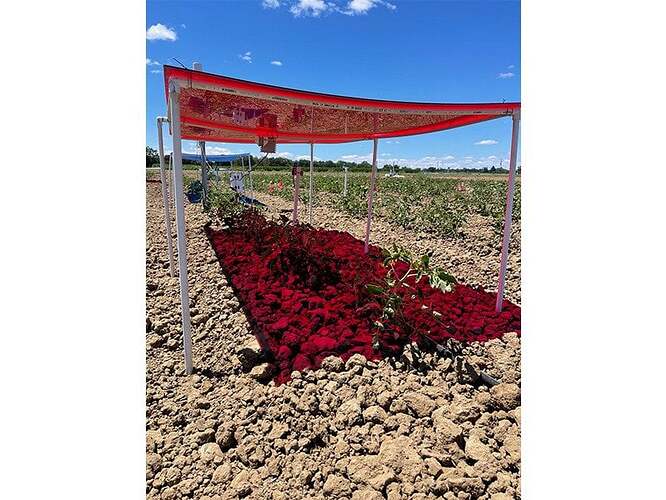 Farmers May Not Have to Choose Between Crops and Solar Panels

With a new photovoltaic panel, researchers harness sunshine to harvest energy and food together, taking advantage of the full light spectrum

Coming from Connecticut seeing a tarp of sorts up in a field reminds me of tobacco farming. We grow wrapper leaf in my home town.

photovoltaic panels that double as sun screens for food plants.

Do the panels keep the temp of the air/ground beneath them cooler? If so, how much cooler? Here is the money shot: “crops can get the same amount of CO2 using less water,” he says.

So this also has the possibility of creating more arable land that is otherwise too dry.

The next question is simple: What is the cost to produce the LEDs/LCDs for indoor agriculture vs the cost of a comparable full-spectrum LED/LCD? Farms (indoor AND outdoor) could produce their own power from the lights used to grow crops.