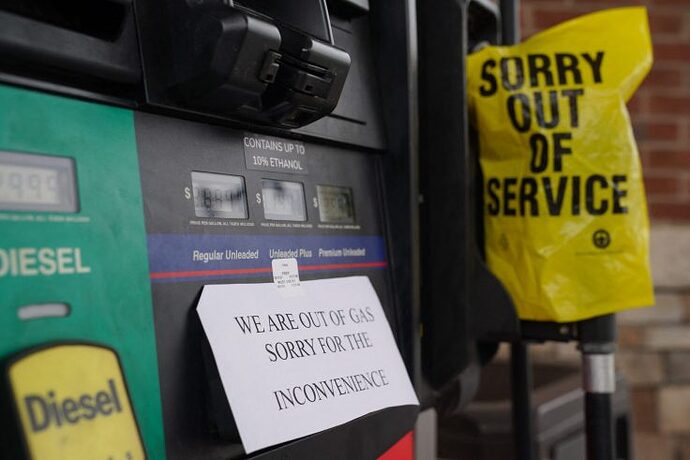 A fuel supply company is warning of an impending diesel shortage impacting the southeastern United States, due in part to the low supply of diesel reserves.

Mansfield Energy, which delivers more than three billion gallons of fuel annually in North America, said in a memo on Friday that conditions in the diesel supply market are “rapidly devolving” and that the company expects several states to experience serious effects from the shortage.

I recommend a different source than the Beacon. 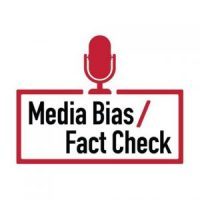 RIGHT BIAS These media sources are moderately to strongly biased toward conservative causes through story selection and/or political affiliation. They may

For a more balanced story, try: 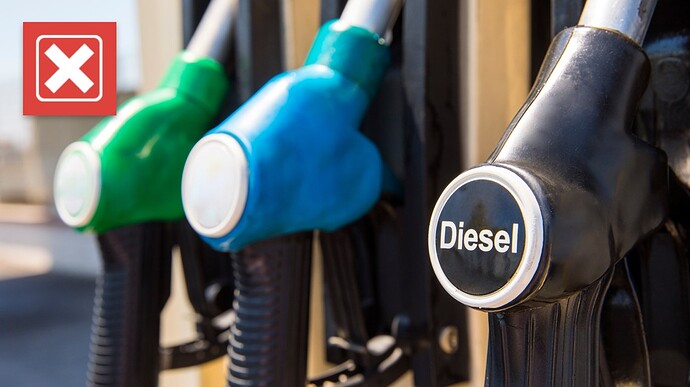 The U.S. won’t run out of diesel fuel before Thanksgiving, as Fox News host Tucker Carlson and others have claimed on social media.

Patrick De Haan, head of petroleum analysis at GasBuddy, agrees. He said claims that the U.S. will run out of diesel fuel in 25 days are “completely inaccurate,” explaining that the number is “used as an industry benchmark to look at overall supply and demand balances.”

“What it does imply is that refiners have slowly, or over the last couple of months, kind of been losing the battle of supply and demand – that demand is eclipsing supply,” he added. “That is why that number has gently fallen.”

This isn’t the first time the days of supply figure has been close to 26 days over the past several years, either. In 2019, it hit an annual low of 26.5 days.

Hawkwin
Who thinks it curious that the Beacon, Fox, et. al. were not as concerned about the diesel supply in 2019.

I recommend a different source than the Beacon.

Can’t say as I know anything about diesel supply and demand, but the discussion has spread far beyond The Beacon. From last week: 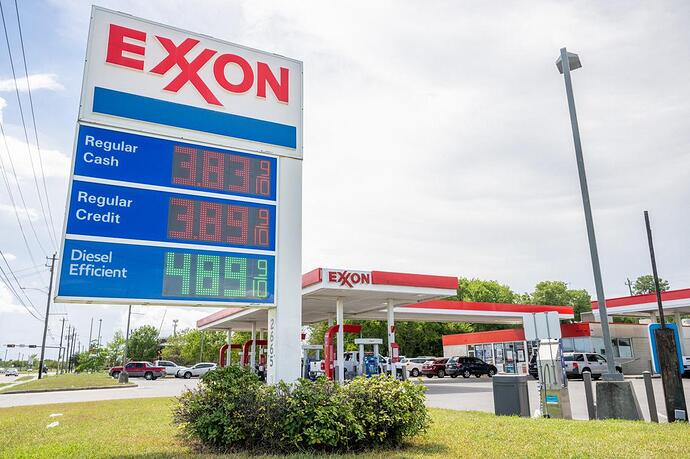 Why The U.S. Has A Diesel Shortage

Distillate inventories are at historic lows headed into the high-demand season. That's bad news. I explain why it's happening.

"Last week, the Energy Information Administration (EIA) reported that distillate inventories were at their lowest levels since 2008. (The primary distillates are diesel, jet fuel ,and heating oil). However, in 2008 distillate levels were low coming out of spring. Currently, they are low going into fall. That’s far worse than the situation in 2008.

Yep, Forbes give a much more balanced look at the facts as well. You could also chose Forbes over the Beacon for a more balanced perspective.

As mentioned above, distillate demand spikes at this time of year. But, it does that every year.

This is also the time of year that refineries are doing maintenance. They tend to do that in the spring and fall, which is when demand is lower and the weather is decent. So, refinery capacity drops at this time of year.

Third, U.S. refinery capacity has fallen in the past few years as several unprofitable refineries were closed. So, that’s a new factor that has appeared in the past couple of years.

But the primary reason is the cutoff of Russian imports. Prior to Russia’s invasion of Ukraine, the U.S. was importing nearly 700,000 barrels per day (BPD) of petroleum and petroleum products. Most of those imports were finished products and refinery inputs that boosted distillate supplies in the U.S.

Meanwhile we read that the price of diesel fuel (also home heating oil) has tripled in Europe. US refineries can make big bucks by shipping it to Europe.

Diesel prices used to be similar to that of regular gasoline (and because of higher density contained more energy per gallon). But I notice diesel here is priced about a dollar a gallon more than regular.

Refineries routinely change to make more heating oil and less gasoline at the end of the summer vacation driving season. But what happened to this years diesel/heating oil?

One suspects it is being exported to those willing to pay more.

In the good old days we used to use $0.15/lb as the cost to ship chemicals across the Atlantic to or from Europe. That implies you can ship a gallon of diesel fuel to Europe for $1.50.

Posted price of diesel here is abt $4.50/gal. That includes federal and state taxes and distribution costs. Wholesale can probably arrive in Europe for under $5/gal.

Google give the price of diesel in Germany as $8/gal. Some of that is taxes.

The diesel tax in Germany is reported at $2.19/gal. The tax was recently reduced by $0.17/gal to ease the burden on consumers. The reduction is temporary.

That still makes importing diesel from the US attractive.

From the following, combined production of biodiesel and renewable diesel fuel in 2021 was 48,362 thousand barrels. (Listed under Other Liquids)
https://www.eia.gov/dnav/pet/pet_cons_psup_dc_nus_mbbl_a.htm

So, biodiesel production is about 3% the size of distillate fuel oil made from petroleum. This isn’t insignificant, but still a small part of the whole.

(This new TMF system deleted the quote at the top, so I put it in manually.)

Biodiesel is about all that is available near me. But this isn’t your father’s used French fry oil. From my understanding, it is a hydrocarbon made from plants in a chemical process. It ends up producing the same molecules for diesel fuel as you get when pumping out of the ground. Plus there’s no sulfur to deal with (which most modern diesels don’t like). At the pump, it’s called Renewable Diesel. Again, near me we mostly have R99, which is at least 99% non-dinosaur fuel. (I think the <1% comes from it being pumped and handled through the same lines as dino diesel without a cleaning process between them, so a bit of cross contamination happens.) I’ve heard of, but not seen for myself, R95, which is at least 95% renewable diesel. The mix is probably again dino-diesel, but this time on purpose.

Biodiesel is about all that is available near me. But this isn’t your father’s used French fry oil. From my understanding, it is a hydrocarbon made from plants in a chemical process. It ends up producing the same molecules for diesel fuel as you get when pumping out of the ground.

That sounds much better than traditional biodiesel which has cold weather problems. In the upper Midwest biodiesel is limited to 5-10% of the fuel mix.

Biodiesel is green. It’s a good choice when available. It can be blended with jet fuel to reduce carbon from air travel.

We have discussed this before. There is not enough to replace petroleum. It can contribute but is not the solution.

We have discussed this before. There is not enough to replace petroleum.

I don’t recall participating in those earlier discussions. Why isn’t there enough? Does it take more carbon and hydrogen than can reasonably be extracted? Or is the current production capacity too small?

It basically boils down to the massive amount of land that would be required to generate the biomass.

Some years ago, I ran some numbers on using the Salton Sea to grow algae that is optimized to produce oil. That resource alone, could make a significant dent in the US’ oil needs. I wouldn’t worry about the environmental impact on the Sea. It’s near death now. Most of the fish species have gone extinct due to rising salinity. The Sea is plagued with algae blooms now. So, use the Sea to produce useful algae.

Biodiesel is green. It’s a good choice when available. It can be blended with jet fuel to reduce carbon from air travel.

We have discussed this before. There is not enough to replace petroleum. It can contribute but is not the solution.

PBF Energy’s Chalmette refinery should be bringing on 20,000 barrels a day of biodiesel mid 2023.

Some years ago, I ran some numbers on using the Salton Sea to grow algae that is optimized to produce oil.

A lot of time and money has been spent on algae to fuel without commercial success. Apparently the main problem is that algae mutate and good strains are swamped by poor ones. From five years ago: 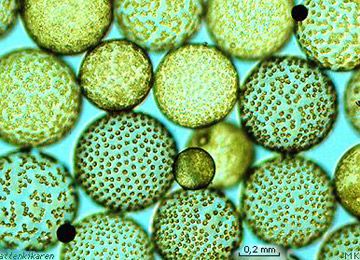 "From 2005 to 2012, dozens of companies managed to extract hundreds of millions in cash from VCs in hopes of ultimately extracting fuel oil from algae. CEOs, entrepreneurs and investors were making huge claims about the promise of algae-based biofuels; the U.S. Department of Energy was also making big bets through its bioenergy technologies office; industry advocates claimed that commercial algae fuels were within near-term reach.

“Jim Lane of Biofuels Digest authored what was possibly history’s least accurate market forecast, projecting that algal biofuel capacity would reach 1 billion gallons by 2014. In 2009, Solazyme promised competitively priced fuel from algae by 2012. Algenol planned to make 100 million gallons of ethanol annually in Mexico’s Sonoran Desert by the end of 2009 and 1 billion gallons by the end of 2012 at a production rate of 10,000 gallons per acre. PetroSun looked to develop an algae farm network of 1,100 acres of saltwater ponds that could produce 4.4 million gallons of algal oil and 110 million pounds of biomass per year.”

Why isn’t there enough?

The conclusion was that the area required to produce enough biodiesel to replace petroleum is not practical.

This topic was much discussed usually on the Renewable Energy board and on the old Climate Change board.

Of the oil seeds, rapeseed is the highest oil content. Grows mostly in Canada and maybe North Dakota. Largest US source is soybean oil. Coconut oil from Asia has environmental concerns.

This topic was much discussed usually on the Renewable Energy board and on the old Climate Change board.

Here’s a spreadsheet. Lets see how it does–

The numbers are not even close. We cannot replace petroleum with vegetable oil.

Soybeans and oil seeds for biodiesel

The following table shows the vegetable oil yields of common energy crops associated with biodiesel production. Included is growing zone data, relevant to farmers and agricultural scientists. This is unrelated to ethanol production, which relies on starch, sugar and cellulose content instead of oil yields. hardiness zone hardiness zone

On a gallons of oil/per acre, canola or rapeseed is by far the most productive. Canola is rapeseed processed for food use.