Barron’s on brk this morning

Warren Buffett likes energy. Berkshire HathawayBRK.A +2.49% now owns some $58 billion of Chevron CVX +2.85% and Occidental Petroleum OXY +5.46% securities. It isn’t Berkshire’s largest holding; that would be insurance, led by auto insurer Geico; 6% of Apple,AAPL +1.93% worth $135 billion; and the Burlington Northern Santa Fe railroad, at $130 billion based on the market value of its similarly sized public rival Union Pacific UNP +2.12% .

But energy is this year’s focus. About half of Berkshire’s $66 billion of stock purchases in 2022 have been in energy. Berkshire owns over 8% of Chevron, the No. 2 U.S. energy company—80% acquired this year—that is now worth some $32 billion with a gain of about $8 billion, based on a Barron’s estimate. Berkshire’s 20% Occidental Petroleum stake, all bought this year, is worth $15 billion with an estimated profit of some $5 billion. Berkshire also has $10 billion of OXY preferred stock with an 8% dividend yield.

Other Berkshire equity purchases haven’t fared as well this year, including Paramount Global , HP Inc. ,and Citigroup . All three are in the red.

Buffett was asked at Berkshire’s 2021 shareholder meeting whether he was comfortable owning oil stocks. “If you expect perfection in your spouse or your friends or in a company, you’re not going to find it,” he said. “Chevron is not an evil company in the least.” Buffett then asked Vice Chairman Charlie Munger for his view. “You can imagine two things,” Munger said. “A young man marries into your family. He’s an English professor at, say, Swarthmore, or he works for Chevron. Which would you pick? I’d take the guy from Chevron.”

Write to Andrew Bary at andrew.bary@barrons.com

Buffett was asked at Berkshire’s 2021 shareholder meeting whether he was comfortable owning oil stocks.

Buffett (influenced strongly by Munger) took advantage of the crazy ESG divestment/“don’t fund evil oil” manias and loaded up on oil stocks. If you don’t think it’s still a mania just look at the crazy people recently defacing/gluing themselves to masterpieces and blocking traffic with their bodies in London. I like that Buffett and Munger have remained uber rational on oil.

"CHARLIE MUNGER: I have a different view on this subject. I like having big reserves of oil. If I were running the benevolent despot of the United States, I would just leave most of the oil we have here, and I’d pay whatever the Arabs charge for their oil and I’d pay it cheerfully and conserve my own. I think it’s going to be very precious stuff over the next 200 years. And nobody else has my view, so it doesn’t bother me, I just think they’re all wrong.

CHARLIE MUNGER: But at any rate, that is not the normal view.

WARREN BUFFETT: And we’ve been pretty flexible on our own view. I mean, actually, the Federal Government is serving up however many million barrels of the stuff into the economy. And, you know, it wasn’t that long ago that, you know, the idea that anybody produced a barrel of oil was somehow something terrible. I mean, just try doing without 11 million barrels a day and see what happens tomorrow.

It is something that everybody has a feeling on, immediately. And, you know, this gets into a whole bunch of different tribes of sorts, and you offend an awful lot of people if you talk in any way about it. But, in the end I think, at the moment at least, most people feel that it’s nicer to have some oil in this country than not have it.

And we’re using a lot of it. And if we were to try and change over, in three years, or five years, nobody knows what would happen, but the odds that it would work well are extremely low, it seems to me.

Charlie, why don’t you say something more dramatic so you’ll be the one that offended the most people? (Laughter)

CHARLIE MUNGER: Well, if you stop to think about it, the oil industry is being so vilified now, I can hardly think of a more useful industry, and I don’t know about wildcatters, but certainly the petroleum engineers I know, and the people who design our oil refineries, and pipelines, are some of the finest and most reliable people I know.

And I see very little trouble (Applause) with the oil supply thing in the United States.

So I’m basically in love with Standard Oil. And I don’t have this feeling that it’s an evil, crazy place. I wish the rest of the world worked as well as our big oil companies." 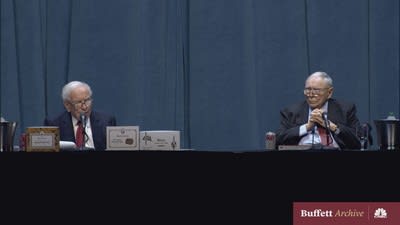 In the afternoon session, Buffett explains why he's backed away from expressing his political views, reveals he is buying Activision as a merger arbitrage play, and turns down the hypothetical possibility of buying all the world's bitcoin for just...

"People who want to end oil and gas industry have 'no clue’, says Oxy chief executive" 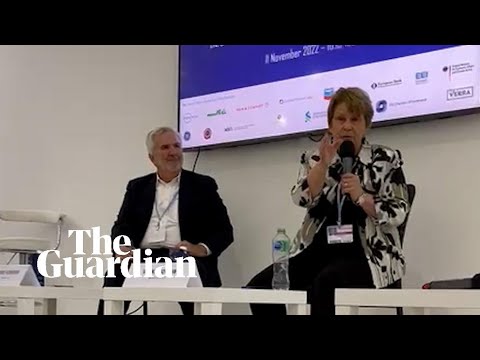 "CHARLIE MUNGER: I have a different view on this subject. I like having big reserves of oil. If I were running the benevolent despot of the United States, I would just leave most of the oil we have here, and I’d pay whatever the Arabs charge for their oil and I’d pay it cheerfully and conserve my own. I think it’s going to be very precious stuff over the next 200 years. And nobody else has my view, so it doesn’t bother me, I just think they’re all wrong.

My favorite quote from Charlie on the subject is something he said in a CNBC interview, “Exporting crude oil is like exporting Iowa topsoil.”

As to Warren’s purchases of CVX and OXY, Warren must feel that value will rise over the next 20-30 years despite declining production. Production will decline significantly over the next 30 years, even in the Permian Basin. However the reserves remaining in the ground will be worth increasingly more, and reserves are the primary source of value for oil and gas companies.

“As to Warren’s purchases of CVX and OXY, Warren must feel that value will rise over the next 20-30 years despite declining production.”

I think both OXY and Chevron could keep production flat for a decade or more. Then very low declines after that. Both have a large inventory of undrilled locations in the Permian. As they drill secondary reservoir targets, more and more economic drilling locations will be added to their inventory. EOR will help stem the declines of existing wells.

At the 2022 meeting, in response to Glenn Tongue’s question on share repurchases, Warren spoke of his 2nd ever stock purchase, Texas Pacific Land Trust (TPLT):

"The second stock I bought was a company called “Texas Pacific Land Trust.” And that came out of the bankruptcy of the Texas and Pacific Railroad back in the 1880s, or something like that.

And they had three million-some acres, and they owned the minerals, and they owned the surface, and everything else. But it was terrible land in the 1880s. But they had some kind of a charter that said that they could use the proceeds from land sales, whatever it was they were going to buy in stock every year.

And, you know, I sat there, when I was 13 or 14, and I figured, “If I live to be a hundred, I would own the whole place.” Well, I haven’t lived to be 100 yet, and I wouldn’t have bought the whole place. So both calculations are, so far, imperfect. But it’s been a remarkable company, just plain remarkable. Because they would talk about grazing fees of $6,000 a year, or something like that, you know, maybe, when they had three million acres.

And then they kept finding oil, and more oil, and more oil. And they’ve changed the form, and all kinds of things, but they bought stock week after week after week. And I sat there and figured out how long it would take until I owned the whole company. And I obviously made some improper (Laughs) calculations because it wouldn’t have worked that way.

But it still was apparent to me that it would be a very good idea, if they had three million acres down there, that if they got all through with it, and they kept their mineral rights, and all kinds of things, which they were doing, you know, at a very cheap price it ought to work out well for anybody that sat around for a long time.

And it has worked out extremely well for anybody who sat around a long time. But nobody knew that they were going to find a lot of oil, and that eventually El Paso would grow out far enough so that the surface lands became worth some money, that were somewhat near El Paso. And you had to go a couple hundred more miles to find the next person, but (Laughs) that was another problem.

So, some of this stuff is so simple, you know? But, you know, if people want to get their Ph.D. or something, so they work out hundreds of pages, and have lots of Greek letters in it, and all that soft of thing, and either you’re buying out your partner at an attractive price, or you’re not buying him out at an attractive price."

So Buffett buys TPLT at age 13. They find oil under TPLT acreage soon after. Guess what, 70 years later oil is still being produced under TPLT lands. According to their most recent investor presentation, TPLT’s royalty production has doubled since 2018. New technology (horizontal drilling in combination with hydraulic fracturing) has reversed their production decline decades after oil was first discovered.

Maybe, just maybe, Buffett and Munger see parallels between Warren’s second ever investment in TPL and the recent sizable investments in OXY and CVX.

Oxy has ~ 2.8 million net acres in the Permian Basin
Chevron has ~ 2 million acres
Permian has multiple stacked pay intervals, more and more oil will be found.
Perhaps some new technology such as unconventional enhanced oil recovery (using captured CO2 ) will help stem the declines for decades to come.
Both companies using excess cash to buy back shares.