China is Overtaking US as Latin Am Largest Trading Partner

In the past 20 years China has become involved economically in most of Latin America & Africa.

If Latin America is smart they will play US & China against each other to reap financial rewards or at least the best deal for Latin America. 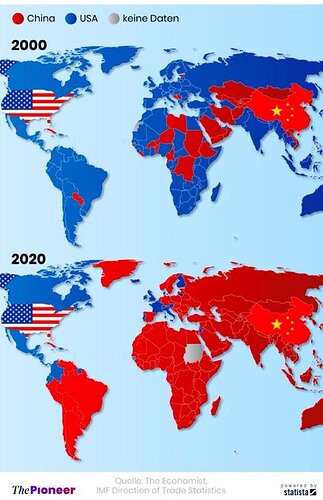 What happens when one of Latin America's smaller economies, on the US doorstep, decides to throw its lot in with China? It looks like we are about to see.

In total, 22 of the region’s 33 countries have signed up to China’s Belt and Road Initiative, including four in Central America (Nicaragua, Costa Rica, Panama and El Salvador).

The Chinese government is in various stages of shutting down the belts and roads initiative because Chinese banks are having a harder and harder time getting paid back.

The Chinese economy is not growing. It wont be the country does not have the water for much further growth.

The Mexican exports are GDP numbers for Mexico but often US companies and manufacturers.

I guess labeling a newsletter as “Naked Capitalism” is trying to manipulate readers into believing trite conclusions.

The problem for China’s lead in exports to Africa, parts of Asia and S. America is the per capita asset base…it barely counts in those countries.

Of course the EU was miffed the US with its trade pact with China:EU-China Investment Deal Threatens US-Europe Relations
EU officials say the agreement, known as the EU-China Comprehensive Agreement on Investment (CAI), will allow European companies to compete more equally with state-owned companies in China, which is now the bloc’s second-largest trading partner after the United States.

“Leaders in both U.S. political parties and across the U.S. government are perplexed and stunned that the EU is moving towards a new investment treaty right on the eve of a new U.S. administration.”

This runs counter to US objective to have factories/trade move FROM China rather TO China.

China’s economy is still under the effect of Covid pandemic, in addition to it’s property problems & possible world recession, as China still shutter huge cities to isolate Covid.
Methinks it is a mistake to count China as down & out.
China is taking measure to turn the economy around. But I expect it will take at least a year to have positive results. 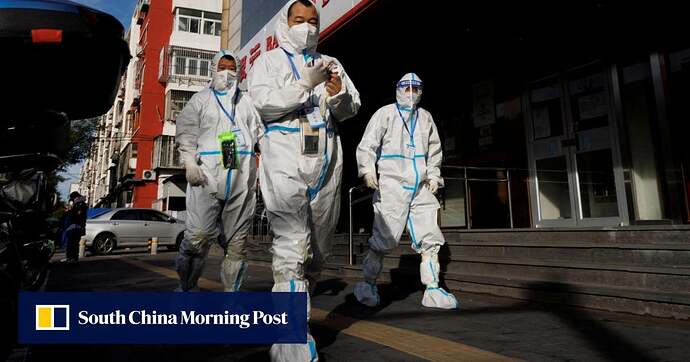 Investors ‘not convinced’ despite China easing some zero-Covid, property curbs

A market rally that started on Friday continued on Monday, and the yuan strengthened against the US dollar, but experts say economic uncertainties remain in the face of China’s zero-Covid policy.

Despite Beijing’s fresh signals that it will ease both coronavirus controls and curbs on the property sector - two of the biggest economic drags for China in the past year - analysts say that the economy’s sluggishness may extend well into 2023.

*A 16-point plan to support the property sector, along with 20 measures to ease some of the country’s stringent coronavirus rules - including slashing quarantine times for close contacts and overseas arrivals - have been unveiled since late last week.

Methinks it is a mistake to count China as down & out.

Unless China can find more water the country is running into a wall.

The US also has its water problems. 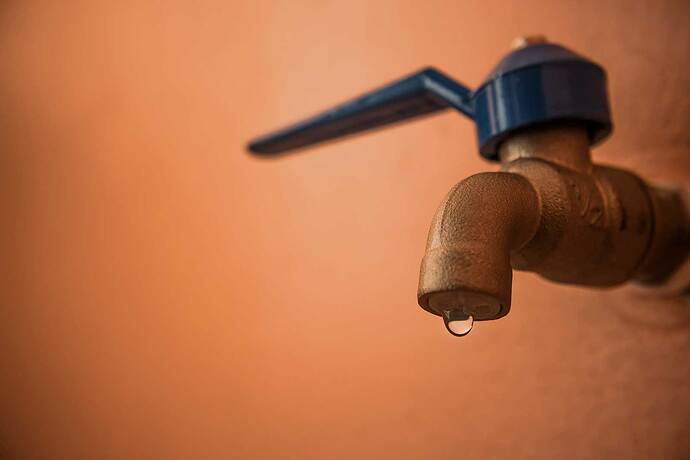 40 U.S. states will experience water shortage by 2023. It is important to understand national water use and what can be done about its conservation. 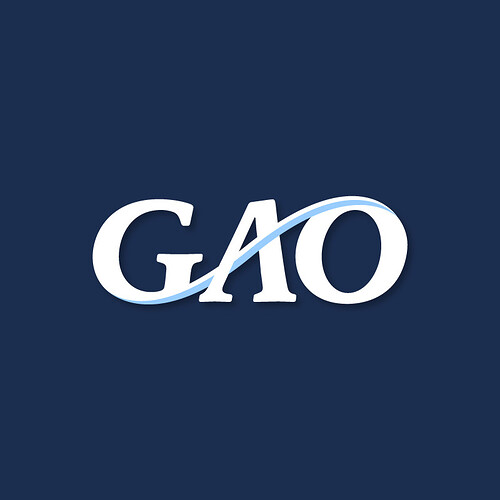 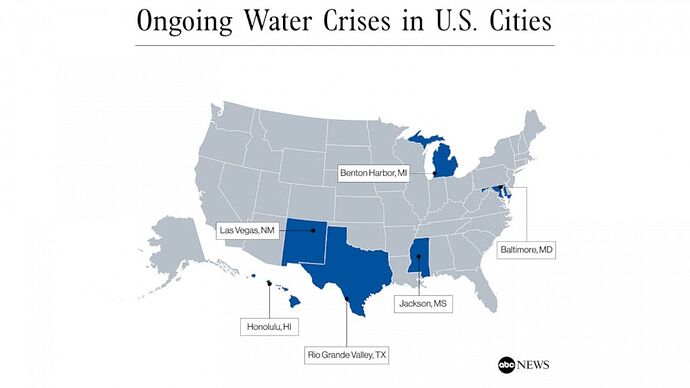 Map: Where ongoing water crises are happening in the US right now 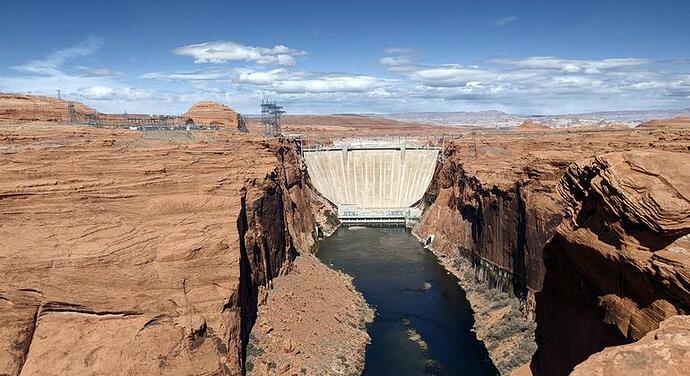 Two of the largest reservoirs in the United States are at dangerously low levels due to the climate crisis and overconsumption of water, which could affect water and electricity supply for millions in six western states and Mexico, the UN Environment...

The US and China are similar in size and desert area as a percentage of land mass.

Yes we have problems. We are getting further and further into building recycling plants for waste water. Our water problems are on a massive scale. China’s lack of water is far worse. 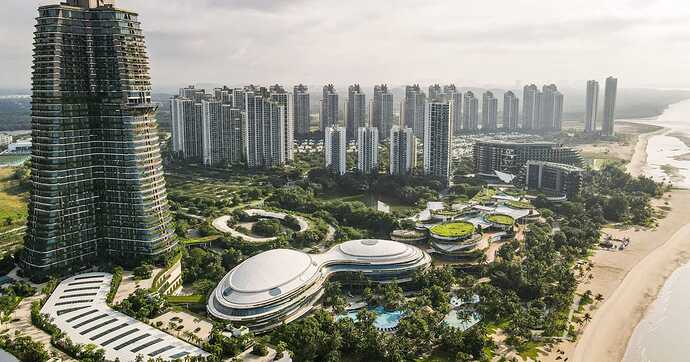 US and EU have repeatedly promised to challenge Chinese infrastructure investments, but this is a huge ask in reality.

The problem is: We’ve heard this song many times before.
The West is good at launching and naming plans to rival Belt and Road, the big question is whether it can ever seriously challenge China on the ground.
The West has been struggling with the brand-building exercise for years. While China’s plan quickly turned to steel and concrete, the West’s answer to the Chinese Belt and Road Initiative remains vague.
Antoine Bondaz, a China scholar at the Paris-based Foundation for Strategic Research, criticized the West’s failure to come up with specific projects.

**"If we want to be credible, we have to do less blah-blah and start implementing concrete projects, including in and for the Indo-Pacific," he said.

**"If we want to be credible, we have to do less blah-blah and start implementing concrete projects, including in and for the Indo-Pacific," he said.

Problem is, over forty years, the mob has been trained to only want tax cuts, no matter what else needs to be defunded to cover the cost of the tax cuts.

China is regretting its belt and road loans. The Chinese banks are often not getting paid back. The countries that got those loans can not afford them or do much with the infrastructure.

China has water problems and banking issues, but its biggest economic drag nowadays is its Zero COVID policy. That said, the general trade of Africa and South America with China is the shipment of natural resources to China and both the shipment of finished goods as well as construction projects from China to those areas.

During the COCID slowdown, and their recent slowdown in building residential high-rises, China’s requirement for natural resources (mainly metal ore and refined product) has dropped precipitously. Their business model for foreign construction projects has involved government al loans to countries who, in turn, hire Chinese contractors (who employ primarily local labor) to build the projects and then grant them long-term maintenance contracts funded by tolls, etc. I’m guessing that the impending demise of the New Silk Road project has been greatly exaggerated as it is lagely self-funded using generated cash flow (not to mention savings in logistic cost of getting natural resourcees back to China).

but its biggest economic drag nowadays is its Zero COVID policy.

I think that is total make believe. It is only Omicron. I think Xi is using Covid as a pretext to get the Chinese used to complete political control by the communists. But Chinese culture does not give way to total control. The arguments over control are ongoing and the government is making some less controlling decisions. Xi has introduced a new reality to China in the meantime of a much less capitalistic state. His means of production and growth are in good part being laid to waste. The USD peg has meant rising input costs. China can not overcome those rising costs. This includes rationing electricity to factories.

I think that is total make believe. It is only Omicron.

Leap, I think you are letting your disdain for Xi get in the way of evaluating the reason for the Zero COVID policy. Today, the prevalent strain might be versions of Omicron, but that certainly has not been the case over the past three years.

The population of China is over 4X that of the US in a somewhat smaller country making it more densely populated. Since the COVID pandemic started, the US has lost approximately 1 million people from about 100 million identified infections (causing an unknown but VERY significant number of “Long COVID” cases) and distributed about 611 million doses of vaccine. On a prorated basis, that would mean that, if China had followed in our footsteps, they would have had over 4 million deaths, half a billion infections and God knows how many cases of Long COVID.

While you are free to mistrust China’s claimed statistics, even multiplying them by an order of magnitude will still show the difference made by Zero COVID. China has reported about 16 thousand deaths caused by 3.2 million reported cases and they have distributed 3.5 billion doses of vaccine.

The Zero COVID policy has been destructive to the Chinese economy and upsetting to our expectation of flawless logistics from our suppliers. Considering that a good part of the Chinese population works in factories at close quarters rivaling those of our meat packers who were hit very hard during the US flavor of the pandemic there is every reason to believe that if they had followed the path the US took, they would have lost far more.

So yes, like many other Chinese projects that the US could not have possibly managed without an autocratic government (such as the Three Gorges Dam which displaced over a million people, or the building of the Beijing and Shanghai subway systems which we do not have a hope in replicating in our cities), their strict adherence to stamping out the plague within their borders has saved millions of Chinese lives with the tradeoff of disrupting millions (a billion?) of lives in ways that would not be tolerated in the West.

So, as you point out, Xi runs a strict, autocratic government which does not allow challenge. That has allowed the government to accomplish what it was hired to do - protect the lives of its citizens.

So we have two interpretations of China’s COVID policies: malevolent and benevolent. Which is correct?

My comments on social control are not about ‘disdain’ for Xi. The analysis is very objective.

As far as Covid you were completely right up until April 2022 when China was facing Delta. Since then the battle is unwarranted, unneeded and merely and exercise in social control…and among many of Xi’s exercises in social control.

As I am saying it is only Omicron. There wont be that many deaths in China if the country is free to go its business. Your analysis is using very outdated information.

You left out the rationing of resources in China. That is not because of Omicron. That is because of the RMB peg to the USD.