Their sales are exploding. They are expanding capacity. They were concentrated in the low end of EV so their profit margins are much lower than say Tesla. But they are now expanding into luxury EV market.

China’s EV subsidy is set to expire on December 31.
Germany will reduce EV subsidies as of Jan. 1. Norway is ending subsidies. Sweden has just ended subsidies with U.K. subsidies winding down soon.

I offer up 2 links. The articles compare BYD to Tesla because media like horseraces with winners & losers. BYD’s EVs are not in direct competition with Tesla. They are lower end. That however is set to change as BYD plans to move into Tesla’s market place. 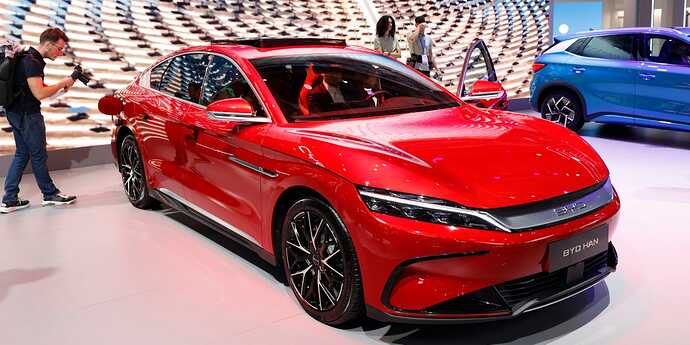 A Warren Buffet-backed Tesla competitor is making a dent in Elon Musk's EV...

China's BYD has already more than doubled its electric car sales this year as compared to 2021. In 2023, it'll start selling cars in Japan and Mexico.

They suck performance wise compared to Teslas. But cost much less. They are lighter, I suppose less batteries & definitely less horsepower rating–140 to 250. Tesla has a 425 horsepower rating.
The vehicles are for 2 entirely different markets.
We’ll just have to see what BYD new luxury models are capable of performing.

How are the GM and F offerings lining up?

That is more than likely to be Tesla’s competition.