Chipping away at inflation

The Fed is chipping away at inflation by raising the fed funds rate.

It’s also chipping away at inflation by removing the categories that have the highest inflation. 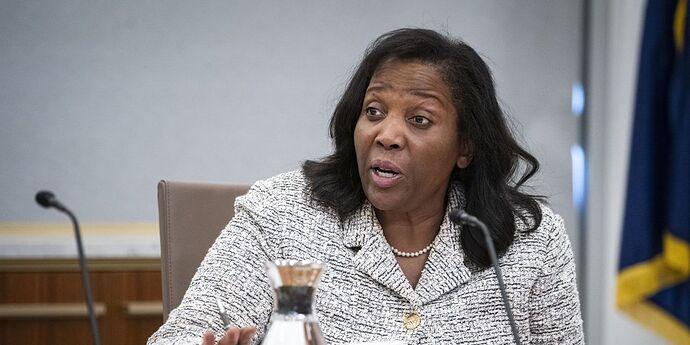 The Fed will need to keep rates at restrictive levels until inflation is firmly on the path toward the 2% goal, said Fed governor Lisa Cook in her first speech since joining the central bank’s board.

‘It is critical that we prevent an inflationary psychology from taking hold,’ says governor Lisa Cook

…
The Fed at its meeting last month raised its benchmark interest rate to a range between 3% and 3.25%. Officials penciled in additional, cumulative rate increases of 1.25 percentage points this year.

To meet those projections, officials could raise rates by 0.75 percentage point at their meeting next month and by 0.5 point at their gathering in December…

A slowdown in housing costs may not feed through to broader measures of price inflation for several months because of how those costs are measured. But Fed governor Christopher Waller Waller said he thought it was possible that inflation excluding food, energy and shelter could slow because of the impact of the Fed’s rate increases so far this year. … [end quote]

The Fed used to exclude “volatile” food and energy prices from their calculation of inflation. Now are they also excluding shelter prices which have risen so fast? Sorry, folks, that’s bogus! Everyone needs food, energy and shelter. 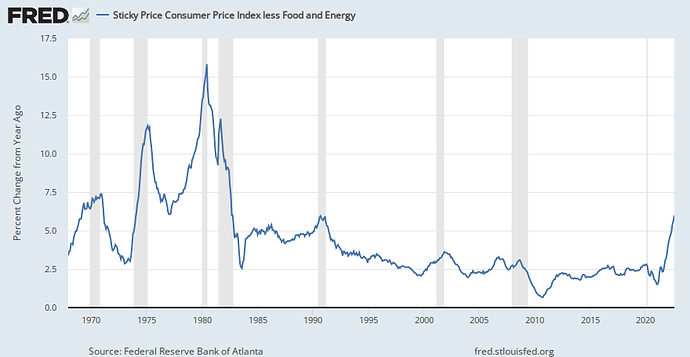 So is the median CPI.

Inflation has legs. It has not stopped running and chipping away at the fastest contributors to inflation won’t lessen the real pain to consumers.

The top bracket was paying 70% and corporate taxes were 60% in the 1950s. No wonder inflation was low most of the time.

Higher taxes stop the wealthy from bidding everything up.

Monetary policy means much less during this part of the cycle to managing the influences on the economy.

United Nations Conference on Trade and Development warns that too much tightening will send the world’s economy into a long lasting global recession. 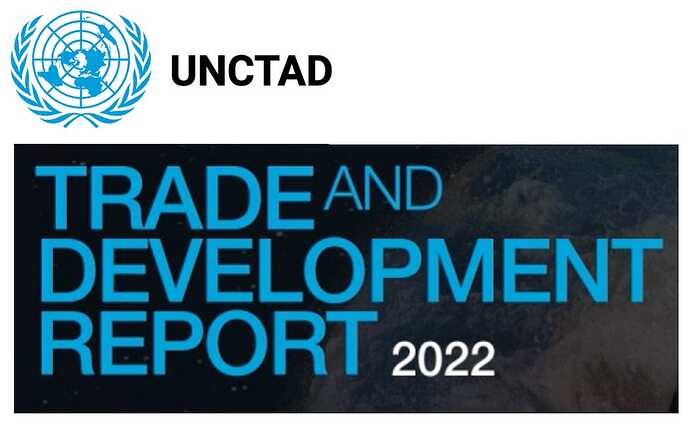 UNCTAD Warns of Too Much Tightening

You may have heard that the United Nations (U.N.) is urging the Federal Reserve and other central banks to stop raising interest rates. That’s how The Wall Street Journal reported the release of a new report yesterday. Not exactly. It’s not the...

Exactly. If central banks stop tightening, we’re going to have some pretty nasty inflation. If they continue raising interest rates, we risk recession. But the inflation is almost certain given the former, while recession is only a risk of the latter.

I’m not smart enough to opine on the world economy. I only know the US numbers. And in the US, I agree with the Fed’s actions. There are more jobs than people willing to fill them. So there is room to slow the economy - perhaps even going into recession - without causing high unemployment.

Who is on the UNCTAD?

Is it made up of oil producing states that want to see weak currencies and high oil prices?

Is it made up of small countries with dictators who do not know what to do as the FED tightens?

There are motives behind that report. Might be square but I do not know.

The recession wont be long lasting in the west. The rest of the world and China are beginning to get real as it were.

Actually, Leap, the top personal tax rate was 90% back then. If you look at the total weighted average rate actually paid by top earners back then, it was not even close to 70%:

Better data on just the top earners ( note 91% was the highest rate):

Blockquote
However, despite these high marginal rates, the top 1 percent of taxpayers in the 1950s only paid about 42 percent of their income in taxes. As a result, the tax burden on high-income households today is only slightly lower than what these households faced in the 1950s.

Murphy the top bracket was higher briefly when Truman raised it. Ike lowered it to 70%.

Mea culpa I stand corrected. Regardless of what I had heard several times…I thought over the years…the record has Ike with 90% taxes on the top bracket.

Presidency of Dwight D. Eisenhower | Fiscal policy and the economy

Eisenhower was a fiscal conservative whose policy views were close to those of Taft— they agreed that a free enterprise economy should run itself. Nonetheless, throughout Eisenhower's presidency, the top marginal tax rate was 91 percent—among the highest in American history. When Republicans gained control of both houses of the Congress following the 1952 election, conservatives pressed the president to support tax cuts. Eisenhower however, gave a higher priority to balancing the budget Eisenhow...

The link has some interesting reading on Ike’s policies. Along with a table on the national debt.

Membership of the CSTD

The Commission has forty-three Member States elected by the Economic and Social Council for a term of four years. Experts nominated by their respective governments should possess the necessary qualifications and professional or scientific knowledge....