Here, an Indian explains the issues surrounding Credit Suisse decrease in stock price, layoffs, etc.
First though, he explains how CDS work, and the effect with mortgages in 2008.
Next, he transfers that to the current CDS problems facing Credit Suisse. 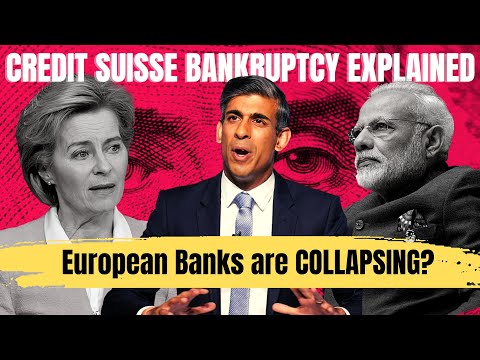 This ties in with the UK pension threads, too.
And perhaps to USian pensions, too.

Why did I point out “Indian”? Cause it’s not a USian, UKian, or EUian POV.
And perhaps is less biased?

Thanks for posting that

That is well done.

The bottom line we are imploding under this scheme again.

Importantly to equity investors, the bonds held by all sorts of major corporations and sold by them as well will be fall out. This is not just the banking sector.

In effect the control over financial legislation by the private sector players is hurting the middle class several times over again. We need Glass - Steagall. The investment houses need to bust on their own in the future.

Mark my words within six months wall st, small w, will be telling the American public we are POS to be blamed.

The explanation of Lehman Bros. failure and comparison to Credit Suisse is good as well.

The TL;DW version is that while there are similarities between these two companies, the underlying problems they face are different. It is left to the viewer to figure out how that affects the future of Credit Suisse and various economies around the world.