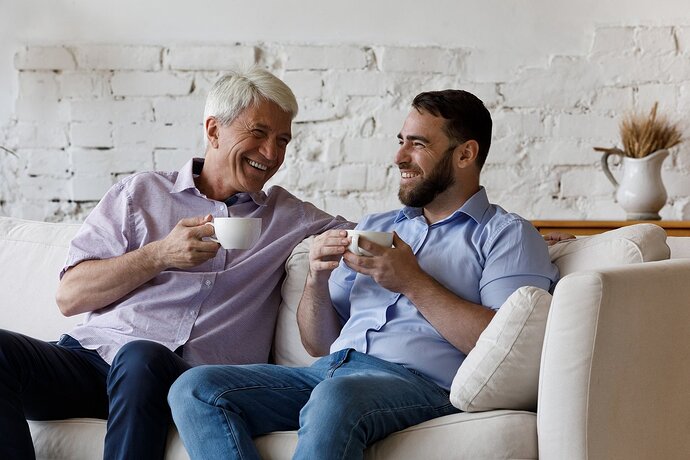 People who are not exposed to (commonly reversible) risk factors like diabetes or smoking show comparable brain health to individuals aged ten to twenty years younger.

I tried to find this on a page less loaded with ads, but wasn’t able to.

Here’s another article. Still not totally ad free but at least contains a link to the primary document…and a heads-up at the end that this article (like the one in the OP) is based on materials from the Baycrest Geriatric place where the research comes from. In other words, a press release and not necessarily an accurate summation of the publication itself.

Whether you're 18 or 80, lifestyle may be more important than age in determining dementia risk, study reveals -- ScienceDaily.

I discard all these “life style factors” studies and analyses. All they do is say “Those who did not repeatedly hit themselves in the head with a ballpeen hammer did not have as many problems caused by ballpeen hammer hits to the head as those who did.” Well, duh. So, the study said people with no exposure to alcohol, hypertension, depression, and diabetes, can have “brain health” (whatever that is) of people 10-20 years younger. Each factor is good for three years of brain youth. These things are not even measurable. There is no known certifiable 77 yr old brain functionality level vs a 74 year old one. What are they measuring? And how about those 18 year olds whose brain health was that of someone 20 years younger!? If you look at the age range of the specimens and the differences they claim to have found, they found nothing. Differences without distinctions. They either need to do a real study that can measure something, get a better editor to at least get their point across, or stop lying to people about how much control they have.

I discard all these “life style factors” studies and analyses. All they do is say “Those who did not repeatedly hit themselves in the head with a ballpeen hammer did not have as many problems caused by ballpeen hammer hits to the head as those who did.” Well, duh…

…get a better editor to at least get their point across, or stop lying to people about how much control they have.

Well, no. From the Science Direct article itself, the first author (Annalise LaPlante) is quoted as saying “All in all, our research shows that you have the power to decrease your risk of cognitive decline and dementia”. The data on this topic have been coming thick and fast over the past decade or more …and finding its way into the public domain (and oftentimes mentioned on this very forum) …that it’d be hard to refute it rationally, let alone with silly analogies.

One weakness of the study is the sheer size. Although this might tend to give it a bit more gravitas, it does tend to miss out on the details of what should be done to “Start addressing any factors you have now” (another first author quote)

See, along with smoking and alcohol use…which are individual choices to a certain extent…what the paper also calls risk factors are things like hypertension and diabetes. The paper itself observes that these are less prevalent in the two younger age demographics than the older set…but without a breakdown of the behaviours and factors that lead to disease states such as this. Both of which are late stage phenomenon in the departure from healthy homeostasis.

For sure age is beyond our control but looking at strong associations between some of the risk factors cited in this article and dementia and the choices folk make when they’re young and feel invincible ( too much sitting/too much eating ) certainly suggests a degree of control over the cognitive decline that’s featured in the article.

And if you want a better in depth discussion on a research paper that’s a bit more “granular” than mere data mining, here you go, from my inbox this morning… 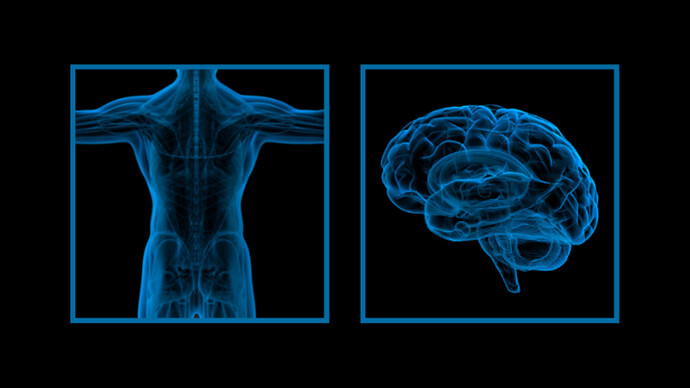 Is there a causal link between skeletal muscle mass loss and cognitive decline?

A recent narrative review hypothesizes a key role for myokine disruption caused by physical inactivity. While it isn’t yet certain whether the loss of skeletal muscle mass leads to the avalanche of negative effects in the way the authors suggest, the...

Thank you for sharing this article.

DH has lost a lot of muscle mass due to inactivity. He is 6’2" and 160 pounds. He has never had diabetes or high blood pressure. He does not show signs of dementia but I will share your linked article with him anyway. This is the first article I have seen that explains a mechanism why sarcopenia and dementia can be linked in a dose-dependent fashion.
Wendy

It came at a timely moment for me as I’m feeling decidedly sore from yesterday’s workout and an increase in weights. Where retaining muscle mass is concerned, dh is the personification of Fast Twitch Man. He does next to no weight work but muscle mass and strength are certainly more than you’d expect for a 74 year old. Me, I’m a classic slow gainer.

Endurance and cardio respiratory fitness is a different matter. Although he’s upped his game following his open heart surgery and comes on a regular 3-4 mile walk with me most mornings if he’s not working, much of his day is still spent on his bum. Granted it’s not lollygagging time. His research is going like gangbusters so that demands a lot of time in front of the computer plus he’s editor in chief of a couple of journals and all that that entails but still, he could do better in the NEAT/organic movement department. My perspective isn’t enhanced much either by his fitbit leading him astray. According to the algorithm the device uses, its proxy for VO2MAX reassures him he’s in the top 20% of his age group…which is apparently good enough when you don’t want to listen to the missus.

My dad 83 has stage 3 Kidney disease but is eating plenty of protein to keep his muscle up. He is a bit too hung up on getting all the protein he can but in reality just likes meat. He can justify things away. He went in the gym last week and got a shock. He was telling me after working out with weights, not at all his usual thing, he could feel the power.

I am more size wise than him, he is thin. I told him he was from Eastern Europe and mom’s Irish descendents had gone into Germany way back. That Central Europe has the most muscle on average in the world, the most power from muscle.

He did not know that.

The main thing to do as a weightlifter or aerobic workouts as well is only work up to your fitness condition. Tomorrow is another day. You are probably meant to do a bit more tomorrow. We are not prime athletes.

Now I take it easy in the gym. My goal is to daily manage my sleep and eating for a major weight loss of 25 pounds or more by March. I will probably get there sooner.

The main thing to do as a weightlifter or aerobic workouts as well is only work up to your fitness condition. Tomorrow is another day. You are probably meant to do a bit more tomorrow. We are not prime athletes.

That’s true enough but, if a trainee wish to really harness the benefits that exercise can give…whether it’s for health and well-being, aesthetics or whatnot…the best results come from utilising the same principles that pertain to training for performance.

One of the things my husband trots out when I broach the subject of improved cardio respiratory fitness is “I don’t want to run a 4 minute mile” or some such nonsense…for all the world as if such a thing might happen by accident. I’ll wager similar arguments are made WRT strength and conditioning in other households…“I just want to maintain what I’ve got”. Now this is fine enough in a general sense but what folk who routinely come out with such reasons don’t realise is that “maintaining what you’ve got” doesn’t come about passively or by only working up to [current] fitness condition.

There’s a phrase that’s commonly used in fitness/ex phys circles…*you grow up until your 30s and then you grow old It’s no coincidence that Masters Athlete designation in endurance sports applies after the age of 35. What this means is that the concepts of Specific Adaptation to Imposed Demands and Progressive Overload apply more acutely as we age with every passing year.

In other words, for anyone who wants to be in the same shape they are now…like, say, my husband’s satisfaction with being able to walk 2-3 miles in under an hour…in 5 years time, they’re going to need to be pushing the envelope just a little bit more and somewhat consistently just to stay in the same place.

the best results come from utilising the same principles that pertain to training for performance.

That is different. I am pointing out not to go at it like a pro. Know when you get to your limit and be caring of yourself.

they’re going to need to be pushing the envelope just a little bit more and somewhat consistently just to stay in the same place.

Interesting, dad is doing that he was always athletic. Mom is long lived she is active but she does not need to do that to sail into her 90s.