Electric vehicles are exploding from water damage after Hurricane Ian 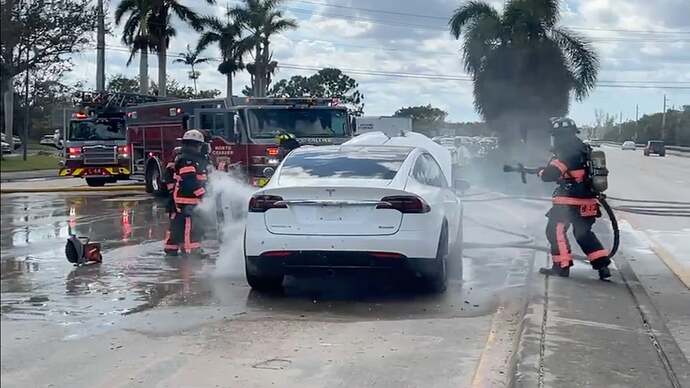 EV batteries that have been waterlogged in the wake of the hurricane are at risk of corrosion, which could lead to unexpected fires, according to Jimmy Patronis, the state’s top financial officer and fire marshal.

“There’s a ton of EVs disabled from Ian. As those batteries corrode, fires start,” Patronis tweeted Thursday. “That’s a new challenge that our firefighters haven’t faced before. At least on this kind of scale.”

Higher conductivity makes you think salt water has potential to short the battery connections and release lots of heat. 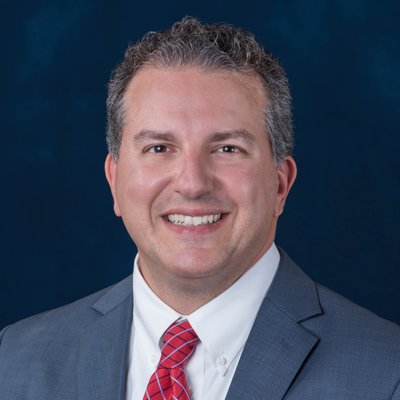 @JimmyPatronis
There’s a ton of EVs disabled from Ian. As those batteries corrode, fires start. That’s a new challenge that our firefighters haven’t faced before. At least on this kind of scale. #HurricaneIan https://t.co/WsErgA6evO
PeregrineTrader October 7, 2022, 8:46pm #4

$TSLA: Musk Claims The Cybrtruck Can Be Used As A Boat Destiny Solutions Corporation

I wonder what “too choppy” is in Musk’s thinking? A one-knot breeze?

Just in case you think that what you’re posting isn’t complete BS. I don’t know, maybe you actually believe the nonsense you post?

When I saw this tweet, it was clearly complete bull, but the more I looked into it, the deeper the poop proved to be. Not only was a complete lie being told, but the person 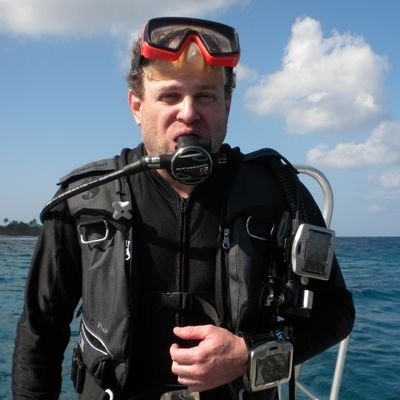 @toddschnitt
This is a big problem. @JimmyPatronis The Florida CFO/Fire Marshall tells me there were three electric vehicle fires in the past 24 hours. When the batteries are soaked they can catch fire and EV blazes are very difficult to extinguish. twitter.com/JimmyPatronis/…

Electric vehicles are catching on fire due to electrical system failure caused by saltwater storm surge from Hurricane Ian, catching homes on fire, endangering first responders and FL families. I'm calling on EV companies to partner with us to find solutions. We must take action. https://t.co/L4TIuMZNzE 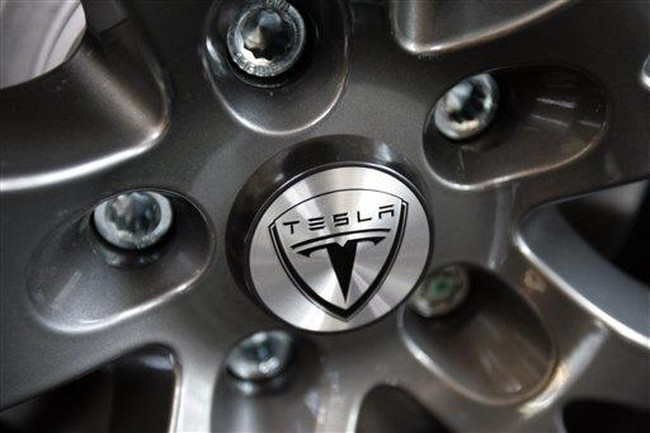 'A Ticking Time Bomb': Florida Home That Survived Hurricane Burns to the...

In a video posted on social media, Patronis said two homes burned down in one night alone due to an immobilized electric vehicle catching on fire. 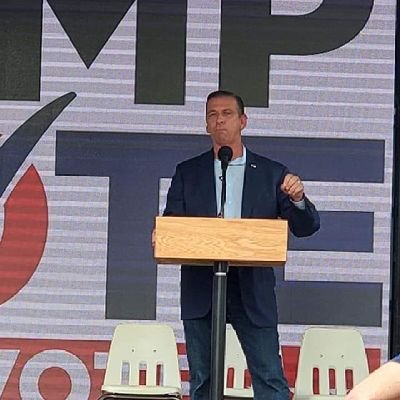 @bob_rommel
This house survived Hurricane Ian with very little damage that was until the Tesla in the garage caught on fire. House is now destroyed. @JimmyPatronis @ByronDonalds @FoxNews twitter.com/bob_rommel/sta… https://t.co/a5ORCC0uI3 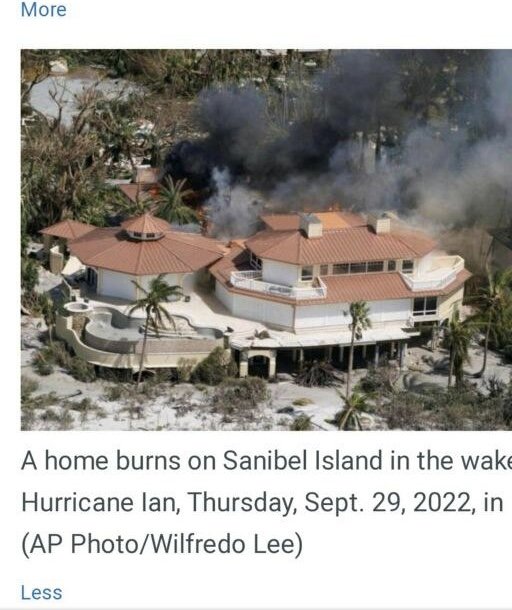 If you own any EV that was flooded in salt water get it towed away from any structure. Extreme fire risk and difficult to extinguish. @elonmusk ,@ByronDonalds @JimmyPatronis .God Bless @NCFRPio https://t.co/0rzW8ljHpK
PeregrineTrader October 23, 2022, 5:12am #9

It just occurred to me that the reason 3 EVs on a nearby bridge’s parking lot are there, un-attended, is due to this caution about EV fires.

My wife told me today about an area down in Key West where flooding wiped out hundreds of cars, scooters, bicycles, etc. Most of the scooters and bikes are EVs too.

I am waiting to see whether a big fire during the hurricane wasn’t caused by an EV scooter, hoverboard, or bicycle which had traveled in seawater and then shorted back home. Could have been mis-use of a generator too. (Will show that photo in a moment.)

@JimmyPatronis
Still assessing the fire risks of EVs from Ian. Based on registrations, there were 4,100 + EVs in the area inundated by surge. (That’s registered, not confirmed impacted. Asked the manufacturers for info.) Here’s a yard where the EVs are separated in case of fire. Lots of Teslas. https://t.co/v18tIVVfbk 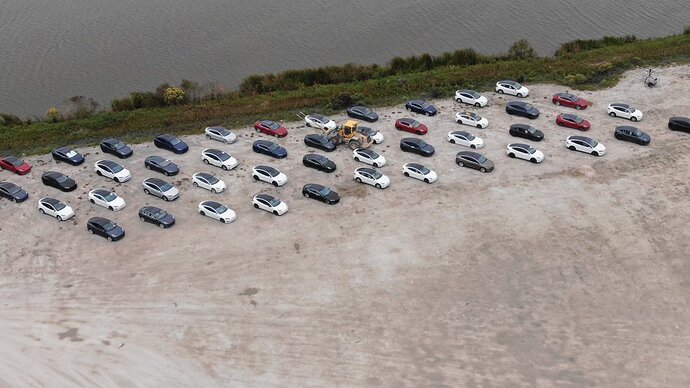 From the Key West Flagler Avenue fire which we still have yet to hear the cause. There’s also parking for cars out back of this building, snug up to the building. About 40 people lived in the apartments upstairs or conducted business in the stores downstairs. A complete loss for everyone. And Key West is already running benefits all over town for these 40 people who lost everything they had.

At first most people speculated about an unattended generator. (The power was out down there when this fire started, the winds raging, the rain was coming sideways.

But as we hear more stories about EVs which waded through salt-water surge (what dummies are driving any kind of car through salt water?) and which caught fire, I’m now of the mind that it might have been an EV hoverboard, scooter, or bicycle which was parked inside an apartment upstairs.

More, and this time it is a video, not a photograph:

@JimmyPatronis
Here's the difference with gas cars vs. EVs post-hurricane. Here's aerial footage of impacted cars. Gas cars are squeezed together like sardines, AND YET the EVs are spread out. Why? Potential for fires as the battery breaks down from saltwater. FULL LINK: youtu.be/cXeVkHTOY64 https://t.co/vh1C4dTiNb
PeregrineTrader October 23, 2022, 5:43am #12 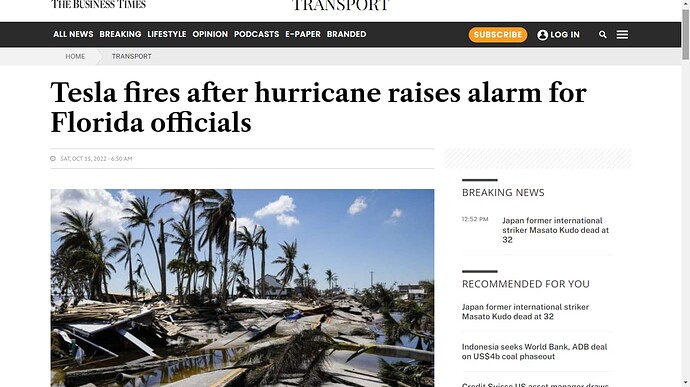 The storm caused flooding and destruction across the state, and fire officials say they are still seeing its impact with EV batteries catching fire after saltwater damage. The National Highway Traffic Safety Administration is aware of multiple fires in Tesla vehicles, the agency said in a letter sent Friday (Oct 14) to a Florida official and obtained by Bloomberg Government.

I read all the post here and it made me wonder if insurance companies will be raising the rates on both autos and homes if people have an EV in coastal areas.

I read all the posts and see nothing that supports that sensationalist headline about EVs “exploding”. Catching fire. Not exploding.

And I recognize that not much time has passed, but the incidence rate of EV fires would be interesting to see. Doesn’t seem like many.

Rob, so far only Collier County, FL and Sanibel Island (where a Tesla burned down two mansions) have reported 11 EV Fires.

Here in Monroe County, I know hundreds of cars were damaged and assigned “total loss” designations. Thus far, no news about EV fires here, or anywhere on the East Coast. Still no news from Sarasota, Hillsborough County, Lee County, Charlotte County, and Manatee County (the counties with the largest car losses, along with Collier and Monroe Counties.)

We shall see if other counties report this coming month.