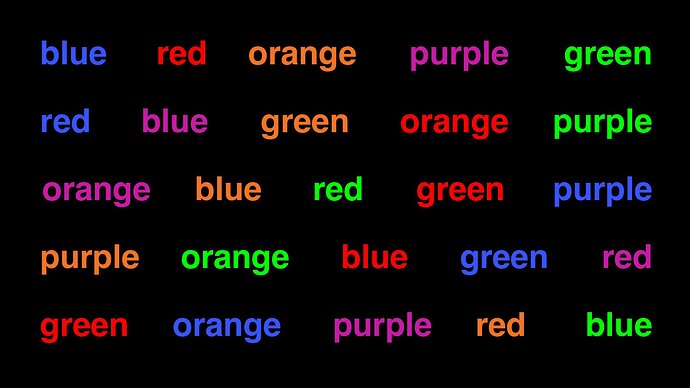 Alzheimer's disease is a neurodegenerative condition that damages a person's ability to think, remember, and perform basic functions. According to the National Institutes of Health, Alzheimer's affects more than 6 million Americans, mostly ages 65...

The test is quite simple and surprisingly taxing.

Maybe I shouldn’t have shared that.

This is a clever idea, but the experimental group was surprisingly small for such a simple, non-invasive test. I’d be embarassed to draw any conclusions from a study group of under 50 participants. Particularly since there was no control group. Also, the reported effect was very small (7%) and the article didn’t report the 95% confidence limit so this small effect may not have been statistically significant.

Until this test is run on, say, 1000 participants, half with Alzheimer’s disease and half healthy controls, I wouldn’t accept the significance of any results. Then they should repeat the test on 1000 people with possible early cognitive changes and see if it can tell the ones with Alzheimer’s from the ones with a non-Alz condition that changes cognition (e.g. long Covid).

Actually, Wendy, this study wasn’t non invasive. The study participants all underwent an MRI, genome sequencing AND invasive spinal fluid measurement in addition to the visual test. Invasive AND expensive. So, for a preliminary study attempting to assess whether or not a non invasive, simply to administer test such as this correlates with the biomarkers they were looking at, the numbers of subjects recruited is actually impressively high.

Very Interesting. There’s a program called Brain HQ that is supposed to help keep one’s brain tuned up. Its a series of exercises that challenge various brain functions like object tracking, sound identification, length of focus. One of the exercises is similar to the tests used in thus study. They flash color words… blue, green, yellow, etc. but the script is a different color form the word itself and you have to respond to the color not the word. It sounds easy but gets harder as it gets faster. Here’s the link: Brain Exercises, Brain Training, Brain Health – BrainHQ from Posit Science. There are exercises you can do for free.

Did you try the sample at the linked article? There is a distraction and the subject never knows until right before the word is presented if they will be reading it of identifying the color.

No, I did not try the sample though I did read the article and realised the task was more challenging than the brainHQ exercises. Just thought folks might be interested in knowing about brainHQ. Their exercises may not have the additional degree of difficulty but they are still a challenge and work the brain especially as they speed up.