The experiments produced 59 megajoules of energy over five seconds (11 megawatts of power).

I read the article a couple of times and I didn’t see any mention of how much energy was used to produce the output of the experiment. Did I miss it?

The experiments produced 59 megajoules of energy over five seconds (11 megawatts of power). It’s not a massive energy output - only enough to boil about 60 kettles’ worth of water.

This is more than double what was achieved in similar tests back in 1997.

DB2
We’re so sorry, Uncle Albert,
But the kettle’s on the boil
And we’re so eas’ly called away.

ITER has a 2035 planned start of deuterium–tritium operation.

— links —
Nuclear-fusion reactor smashes energy record
“A 24-year-old nuclear-fusion record has crumbled. Scientists at the Joint European Torus (JET) near Oxford, UK, announced on 9 February that they had generated the highest-ever sustained energy from fusing together atoms, more than doubling their own record from experiments performed in 1997… In an experiment on 21 December 2021, JET’s tokamak produced 59 megajoules of energy over a fusion ‘pulse’ of five seconds, more than double the 21.7 megajoules released in 1997 over around four seconds.”
https://www.nature.com/articles/d41586-022-00391-1

“Plasma energy breakeven has never been achieved: the current record for energy release is held by JET, which succeeded in generating 16 MW of fusion power, for 24 MW of power used to heat the plasma (a Q ratio of 0.67). Scientists have now designed the next-step device—ITER—as a Q = 10 device (producing 500 MW of fusion power for 50 MW consumed by the heating systems).”
https://www.iter.org/sci/BeyondITER

And another tease from the WaPo: 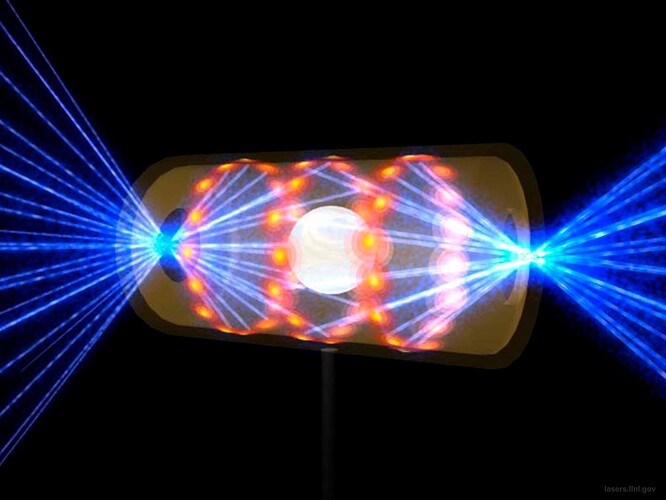 Scientists hit a key milestone in the quest to create abundant zero-carbon power through nuclear fusion. But they still have a long way to go.