Fast-rising rentals are adding to inflation pressures. Rentals are becoming unaffordable. Have the increases peaked? 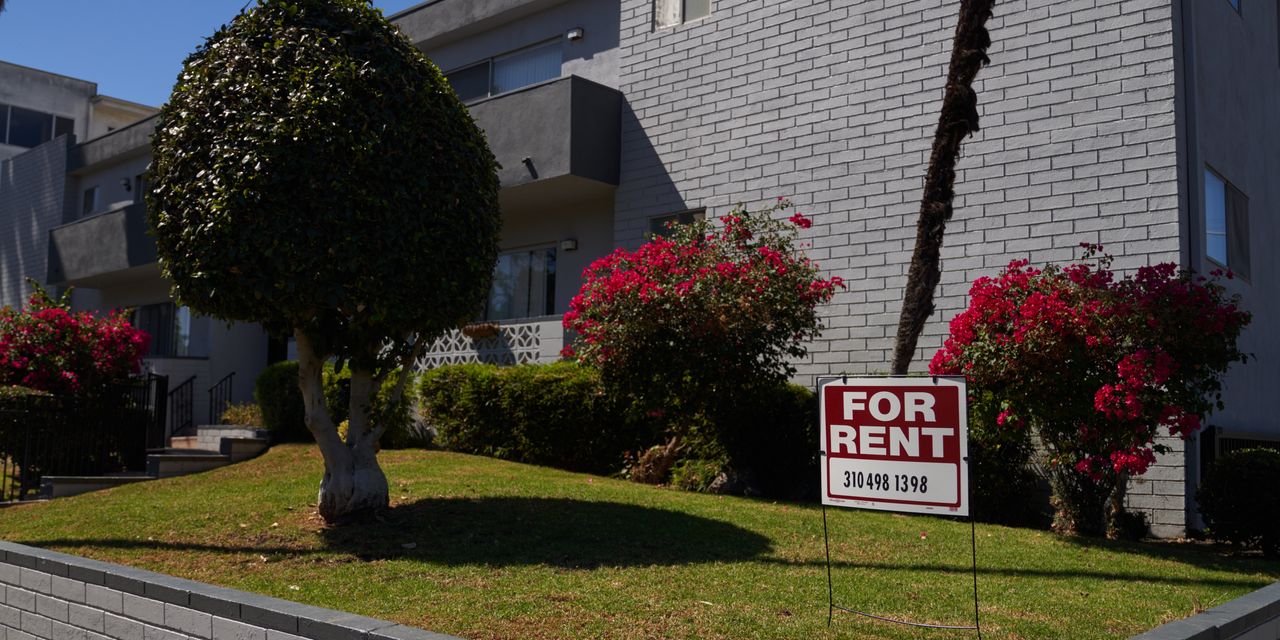 Rents have risen 25% over the past two years, according to rental website Apartment List, and inflation on food and energy is eating into how much people have left to spend on housing.

After a long stretch of record-high rents, Americans are renting fewer apartments.

Some are choosing to take on roommates, while others are boarding with family or friends. More people are opting to stay longer in their parents homes’ or moving back in, rather than pay the steep rent increases many are experiencing…

Rents have risen 25% over the past two years, according to rental website Apartment List, pushing many renters beyond what they can now afford. Meanwhile, inflation on other essential goods, such as food and energy, is also eating into how much people have left to spend on housing…

Apartment demand in the third quarter, measured by the one-year change in the occupancy of units, was the lowest since 2009, when the U.S. was feeling the effects of the subprime crisis…Meanwhile, the apartment-vacancy rate rose to 5.5% in the third quarter, up from 5.1% the quarter prior…Yet even with the recent dip in demand, asking rents have remained near record highs…

Living rent-free in someone else’s house is considered “couch surfing,” one step away from being homeless. It’s pretty shocking that almost one out of five adults in the U.S. did this in 2022.

Living with room-mates has been a traditional way to afford rent. And back in my grandfather’s day, poor workers would rent a “shift” to sleep in a bed shared with two other men. They had a saying in Yiddish, “Sleep fast, I need the pillow.”

The iron law of supply and demand will eventually bring rents in line with affordability. The market is elastic since renters can adapt as they always have instead of being forced to rent a whole apartment.

Since rents are a large part of CPI and the PCE index, the Fed will continue to tighten as long as rents rise, driving inflation. But maybe rents have finally peaked. Time will tell. 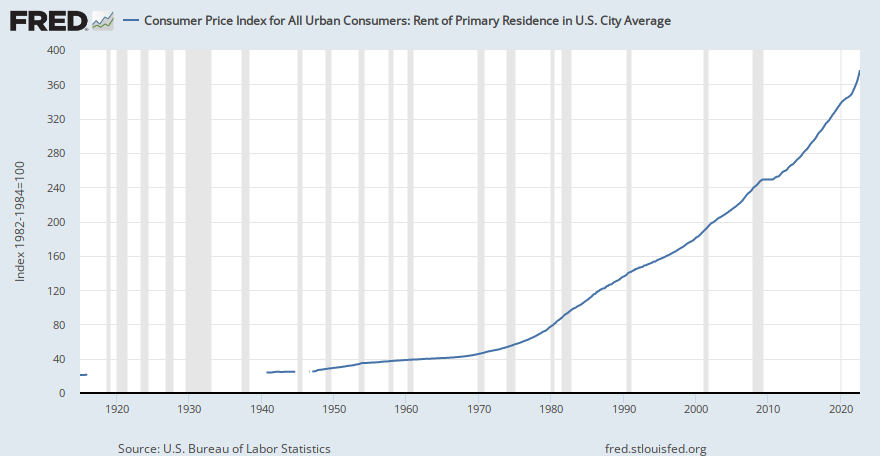 Consumer Price Index for All Urban Consumers: Rent of Primary Residence in...

As usual, great information! Thank you for what you do!

Another thing for folks to consider when evaluating their living options - of course, depending on where they are in life - would be to consider an ADU - Accessory Dwelling Unit. I found out about this on the Tax Strategies board (whoops - Category) and have since done some research on this topic. Like me, others may have never heard of it even though I consider myself fairly aware of general building codes, the general housing market, family/senior living trends, etc.

Here’s a link to that thread - I hope others find it helpful!! Lots of good links within the thread.

Tax Ramifications of Having an ADU Tax Strategies

Hi - I’m looking for general thoughts and direction for how to handle the various tax implications of building and renting out an ADU (accessory dwelling unit) on my primary residence property. Many states and cities are relaxing zone codes to allow homeowners to build ADUs or second units on their single-family zoned property. In my state (CA), newly passed legislation will allow a single-family homeowner to build between 3- 4 total units on their property. I see that many people are jumping … 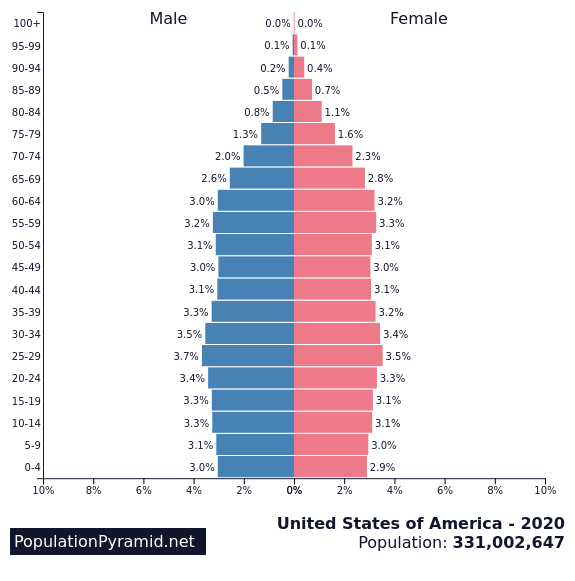 If look at the two charts linked, you can see that household formation accelerates around the age of thirty and stays active until about forty. Looking at the population pyramid we can see that the fuel for household formation is still available in largest 25-29 year old cohort ever. I would expect that we will have multi family rental demand stay in place for another five years. This does not mean we will not see price declines in rental units. There are lots of moving parts in real estate, but it appears that the demand for modest one and two bedroom housing will remain intact for 5 more years.

Also, there is a point when children reach school age when families start looking for more permanent housing. This explains the demand for housing across the board. The liquidity that the FED injected made it possible to meet that demand.

I am not completely sanguine with the idea that raising interest rates will lower rents and thus inflation. Rising rents may come from rising interest payments by landlords, these interest payment getting pushed to renters resulting in rising demand for rising wages and viola! You have got yourself a vicious circle.

There are lots of moving parts in real estate, but it appears that the demand for modest one and two bedroom housing will remain intact for 5 more years.

I think that the the demand for modest one and two bedroom housing will remain intact for more than 5 years as elderly people downsize from their large family homes. The trends of youth and elder needs will overlap.
Wendy