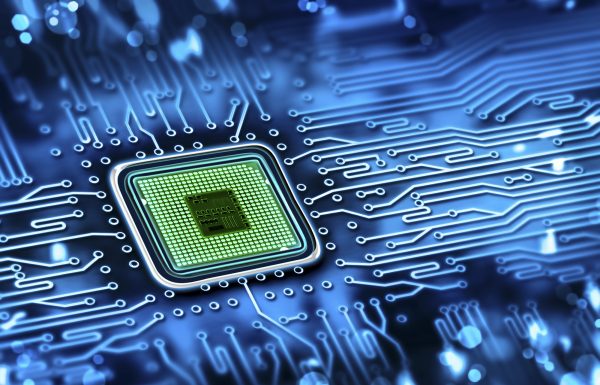 How the US Can Win the Chips War With China

Special manufacturing innovation zones are a better option than the subsidies found in the CHIPS Act.

Subsidies are not a panacea for winning the semiconductor race: they create an unlevel playing field that reduces innovation and competition. Nor do bureaucrats know how to funnel money to the right activities, and the CHIPS Act risks doing just that. Intel, which will likely be one of the recipients of the subsidies, could use the money to build fabs in Ohio for older-generation chips while it pays Taiwan Semiconductor Manufacturing Company (TSMC) to do higher-end work in Taiwan. TSMC, another likely recipient, could also start chips in its subsidized fab in Arizona that still have to be finished in Taiwan.

Facility construction, labor, and utilities are all more expensive inside the United States than in the places abroad that dominate production. The CHIPS Act aims to offset these cost disadvantages, but that prospect is unlikely. Indeed, clauses in the legislation such as those requiring firms to pay prevailing union wages for construction jobs will actually raise costs, undermining the bill’s intent. In April, Morris Chang, the founder of TSMC, called efforts to re-shore production “a very expensive exercise in futility,” given that that chips made in the United States are 50 percent more expensive than those made in Taiwan. The bill also does nothing to address another issue Chang raised: the difficulty of hiring high-tech manufacturing talent in America.

So is the above Bullshyte? Or is CHIPS another corporate inspired boondoggle program where corporate interests created a program with bought politicians to siphon $ from the government.

Total Bull. The article is raising issues and answering in sheer ignorance.

TSM is building plants here as the US government wants to reduce risk. Plus the more plants here the relatively less expensive the infrastructure.

While 2023 is not going to be a good year do not bet against 2024 being a banner year for GDP growth.

I think Mr. Chang is addressing his companies concerns with losing a huge market. The PRC isn’t happy either.

As shown during the pandemic, computer chips are essential to the U.S. It is not good to rely on other countries for our essential goods. The CHIPS bill addresses many of those concerns. This was long overdue in my opinion.

Where does it say this in the bill that was passed? I searched and couldn’t find it. The IRA bill does use “prevailing wage”, but doesn’t include the word union anywhere, and the chips act only mentions union once in passing (not in reference to wages).

Or is CHIPS another corporate inspired boondoggle program where corporate interests created a program with bought politicians to siphon $ from the government.

The answer is, of course, yes. All government programs that distribute money to corporations involves lobbying (“bought politicians”) and a lot of talk-talk-talk (“bullshyte”). Sometimes they work to our benefit, sometimes not. Hopefully this one will work out to the benefit of the USA.

Subsidies are not a panacea for winning the semiconductor race: they create an unlevel playing field that reduces innovation and competition

NASA subsidized the development of the microprocessor. Google was founded on government research. The internet started in a government lab. Artificial intelligence, speech recognition, GPS, all founded on government programs. All of that, of course, just recent. You could go back to land grant colleges, the intercontinental railroad, and the Erie Canal if you want other cases of subsidies which worked out pretty well.

However “special manufacturing innovation zones” might be a different alternative. I am wondering how the writer here envisions them getting going, given that they require a special sauce of innovation entrepreneurs, educational facilities, urban resources, and other accommodations to make the idea attractive.

Yes and no. Because the US govt wants/needs a (sort-of) secure high tech mfg base for semi-conductors, that means those items need to be “Made in USA”. The US is no longer a leader in chip mfg technology, that would be TSMC. A source in Europe might be viable, but we have all seen what happened in Ukraine–which was a source of a variety of manufactured goods for Europe and the US, never mind a variety of food such as wheat, etc for other parts of the world. Maybe the UK or Ireland? Likely not, as France would be a better choice AND would be in the EU, which has a strong military and a common market to allow ready distribution of products to that market (for commercial development and sale, not just to the US).

Only jerryab2 is quoting tjscott0. Other “quotes” are from the article.

What is another name for prevailing wage?

There are also 32 states that have state prevailing wage laws, also known as “little Davis-Bacon Acts”.

In other words “rate” what union workers get regardless if the contract was with a government entity. I am not an expert on rate but it is decided often by the federal government. Union workers automatically get rate.

There are also 32 states that have state prevailing wage laws, also known as “little Davis-Bacon Acts”.

For example, in California:

All workers employed on public works projects must be paid the prevailing wage determined by the Director of the Department of Industrial Relations, according to the type of work and location of the project. The prevailing wage rates are usually based on rates specified in collective bargaining agreements.

Bit of gossip, semis are apparently asking for another 30bn. 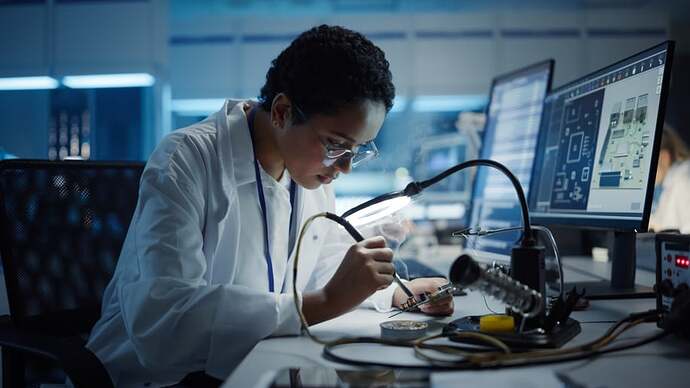 To boost the chip design labor pool: up to $30B in US funds, better marketing

Now that the US CHIPS Act has been approved to pump $52 billion in federal funds into domestic semiconductor manufacturing, the chip trade’s focus is shifting to find better ways to bolster the chi | Chip trade officials discuss ways to fill design... 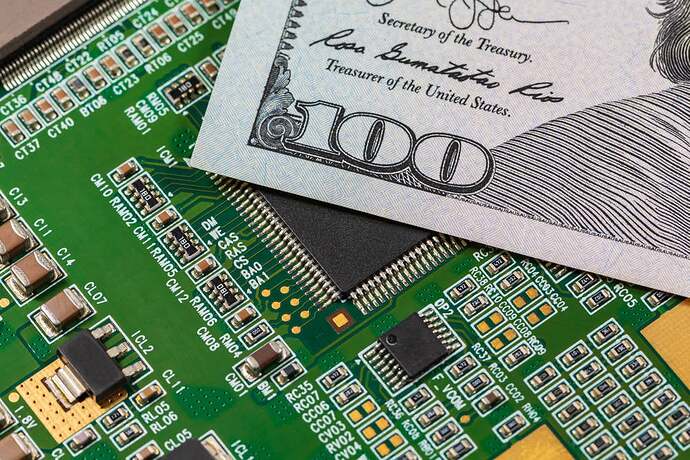 US group wants $30b in federal funding to boost chip design

All workers employed on public works projects must be paid the prevailing wage determined by the Director of the Department of Industrial Relations, according to the type of work and location of the project. The prevailing wage rates are usually based on rates specified in collective bargaining agreements.

Luckily these aren’t considered “public works” projects, as I am sure the companies would never accept that.

If the collective bargaining rate for “software engineer III” is $43.67/hr, then you will only attract the lower quality software engineers because the better ones will go work for Google, Facebook, etc for $64.22/hr instead.

I heard recently on YouTube that little green men have taken over Apple and are turning it into a bakery shop.

Yes, the Hoover Institute has produced another stunning piece of “research” showing exactly what you claim, that the average pay of government workers is twice that of other workers. Of course it doesn’t bother to mention that so much of “other” is fast food workers, retail employees, and other unskilled jobs, but perhaps it would be a good idea to start paying the planning commissions, police and fire, and regulators the same as McDonald’s workers?

I now understand why they chose to name themselves after one of the least successful presidents in American history.

I heard recently on YouTube that little green men…

Check to hear if you are color deaf. LOL

That’s because the average govt employee is more educated and has higher skills than the average non-govt employee. Remember that government hardly has any low-level employees because they subcontract almost all the low level work to the private sector.

This may, at least partially, explain why software projects for public works are usually so bad.

Again using the words ‘were previously so bad’ because the budgets were not there for constant retooling and new software projects. The programs get outdated and brittle as work is done on them instead of new programs to displace outdated programs.

Again at least in the blue states there are budget surpluses often and projects are getting done. Demand side econ goes where supply side is unable to go…in other words have American working and the economy many years having ultra robust growth.

This may, at least partially, explain why software projects for public works are usually so bad.

Maybe. But the “quality” of code I find in the private sector always makes me laugh. Or cry. Usually cry.