The number of job openings was little changed at 10.5 million on the last business day of November, the
U.S. Bureau of Labor Statistics reported Jan. 4, 2023. Over the month, the number of hires and total
separations changed little at 6.1 million and 5.9 million, respectively. Within separations, quits
(4.2 million) and layoffs and discharges (1.4 million) changed little. This release includes estimates of
the number and rate of job openings, hires, and separations for the total nonfarm sector, by industry, and
by establishment size class. [end quote]

December 2022 unemployment was 3.5%. The Federal Reserve’s rising interest rate policy is designed to increase unemployment but that hasn’t happened yet. 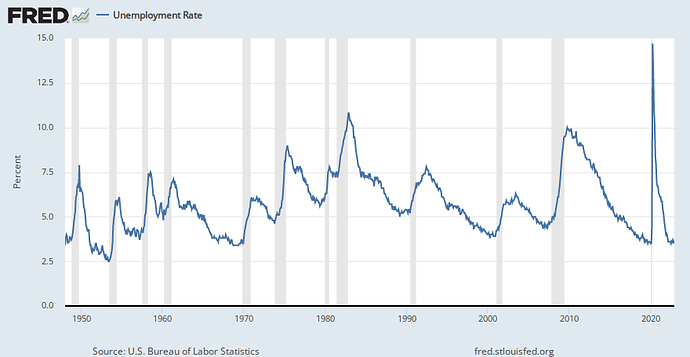 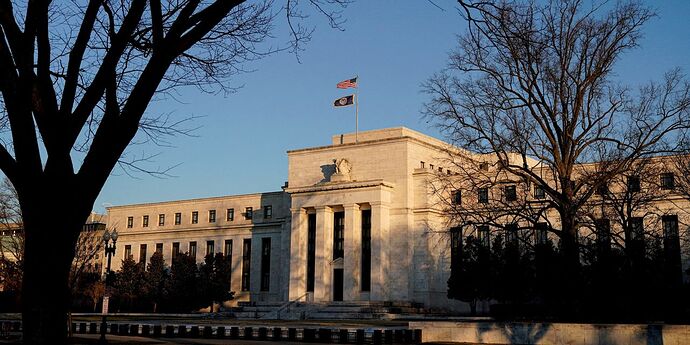 Friday’s employment report does little to clarify how much the Federal Reserve will raise interest rates at its next policy meeting.

…
But revisions to figures on wage growth showed recent gains weren’t as brisk as previously thought and instead indicated they continued slowing through the end of the year. Hourly wages rose 0.3% in December, bringing the 12-month increase to 4.6%, the lowest such reading in more than a year…

Projections from 19 policy makers submitted at their meeting last month show most expect the jobless rate to rise to between 4.4% and 4.7% this year. Increases of that magnitude have nearly always coincided with a recession…

Chicago Fed President Charles Evans, who retires next week, said in an interview Thursday that he penciled in rates rising this year to between 5% and 5.25% in projections at last month’s meeting. He said it was possible recent economic data would support raising the fed-funds rate by 0.25 percentage point, or 25 basis points, at the next meeting. “You can start doing 25s and you can still string them out,” said Mr. Evans. “So just going to 25 doesn’t mean that a pause is imminent.”… [end quote]

Fed Chair Powell is focusing on rising labor costs. Their best-case scenario would be a soft landing with a decrease of the rate of labor cost inflation as the Fed raises the fed funds rate in 0.25% steps until it reaches 5%. Then it will hold for a while to make sure that inflation has receded for an “extended” period of time.

The market is expecting the Fed to begin cutting the fed funds rate in late 2023. But I don’t think they will.
Wendy

So…the narrative has been strong “jobs” means the Fed will increase rates more, and the market tanks.

The “wise” have no idea what they are doing.

For a more nuanced view of the jobs numbers: 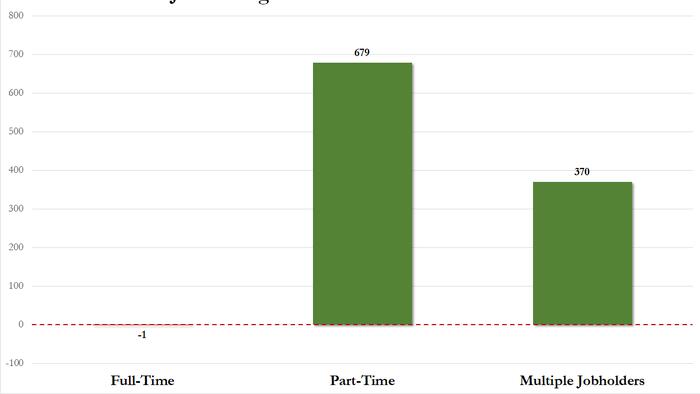 The BLS is back to its old gimmicks...

One caveat to the jobs report: The labor force participation rate ticked up slightly to 62.3 percent in December, as more than 400,000 people entered the labor force.

According to the Zero Hedge analysis, that the bulk of job growth since March has been in the multiple jobholder category, then how does this summary correlate with the Dec Jobs Report where there was another 400,000 people coming into the labor force and there were 233K new jobs over the previous month and the unemployment dropped 2/10% while increasing the labor force participation rate up to 62.3 percent?

The BLS is back to its old gimmicks...

No use reading Zero Hedge because his or their point of view is included as a big drama.

I can think a lot better than anyone at the hedge. I am also much more honest. Adding, and frankly even when I disagree with people here I think all of you are much more honest and better thinkers than the hedge. Next to the hedge but up a small notch I’d put Cathy Woods.

I’d rather read Wendy’s bringing together of honest data with fewer outlandish opinions and think for myself.

I took a peak

What is an establishment survey?

Definition: (Adapted from the federal Bureau of Labor Statistics) The establishment survey, also referred to as the nonfarm survey, provides information on employment, hours, and earnings of employees on nonfarm payrolls.

The household survey (CPS) is designed to measure the labor force status of the civilian noninstitutional population with demographic detail. The national unemployment rate is the best-known statistic produced from the household survey.Feb 4, 2022

Zero Hedge Tyler’s line of it

“The answer, it will come as little surprise to anyone, is that once again the surge in employment was entirely a function of part-time workers and multiple job-holders.” 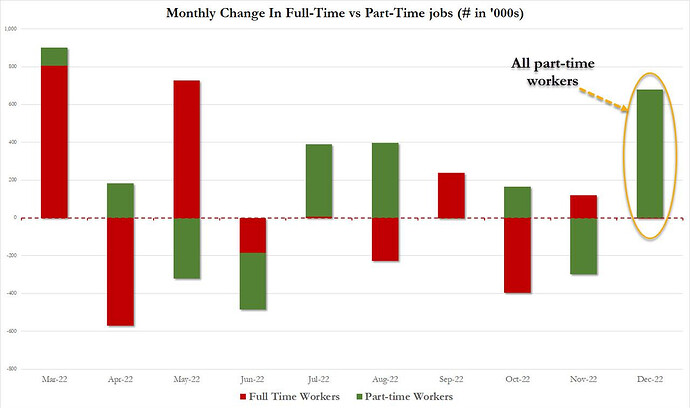 Only from Nov to Dec was it primarily part time workers for the Holiday Season. That is why the numbers were adjusted.

Much ado about nothing.

Again only the holiday season.

Why even write something if you have nothing at all to say Tyler? Leading people to buy in is only clickbait.

The pundits seem to think that the market soared because wage growth was weak … thinking that the fed will now be less afraid of a wage price spiral.

The real reason the markets are up, the JPY and EUR are fumbling around in the last few trading days. The risk is the 10 year yield spirals out of sight by March. The tells of this happening are the Japanese and European institutions selling US paper to buy JPY and EUR. That is slightly off right now…for the moment. A reprieve for the equity markets.

Gurus tell people what is going on instead of making any money off of it. Why? They do not know how to make much money. How would you if you kept pointing at the wrong things as reasons to trade?