Just What Do We Get 4 a Trillion $ 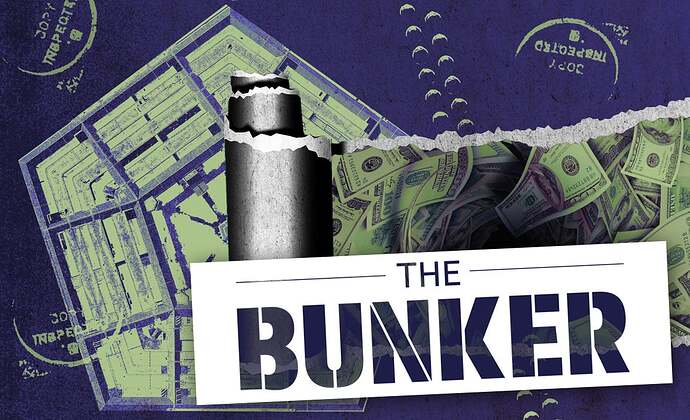 The Bunker: The Trillion-Dollar Pentagon

This week in The Bunker: the Pentagon is on the verge of spending $1 trillion a year; honoring vets by incorporating their care into the defense budget; a dirty little secret that boosts defense spending; and more.

The Senate version of the 2023 defense authorization act earmarks $857 billion (PDF) for national defense. The slackers in the House only want $850 billion (PDF), which may be why it’s known as the “lower house.” Both bills are well beyond President Biden’s $813 billion request. Differences between the two versions will be ironed out in the coming weeks, but the bottom line is that the Pentagon is bound to break the trillion-dollar barrier relatively soon.

This week in The Bunker: A pair of blistering government reports highlight what’s still going wrong with the way the Pentagon buys, and tends, it weapons; and more.

Turns out U.S. military aircraft are grounded too often because they are too complicated to maintain, according to the GAO’s November 10 report. Complicated translates into costs, which translates into how often a given warbird can fly. Bottom line: Not much.

The CBO inquiry, issued the same day, concludes the Navy is low-balling its shipbuilding plans. Bottom line: Too much wishful sinking (sorry; Freudian ship). Unfortunately, given the id of the military-industrial complex, more money won’t solve the problem: It will only lead to more spending with even more waste. The Pentagon’s quest for silver bullets, it turns out, is fool’s gold…

The U.S. military spends about $1 billion a week (PDF) — $1,650 a second — keeping its airplanes flying. Yet despite that heavy investment, 26 of the 49 planes and helicopters studied by the GAO failed to meet their mission capability goal in any single year from fiscal year 2011 to fiscal year 2021. “DOD did not meet its mission capable goals for fiscal year 2021 for 47 of the 49 aircraft we reviewed,”

Oh Hell. The solution is easy. We just need double the number of existing aircraft.

The new CBO report says the service’s new attack sub and destroyer are going to cost billions more than the Navy projects. This shouldn’t come as a shock to anyone who has followed the work of the Project On Government Oversight on the sea service’s botched buys of its most recent aircraft carrier, coastal craft, or destroyer. But it does suggest a continuing, and stunning, inability by the Navy to get its ducks, and dollars, in a row.

Pentagon Fails Fifth Consecutive Audit Amid Ukraine Oversight Concerns - News From Antiwar.com since. Pentagon Comptroller Mike McCord told reporters that things didn’t look much different in the audit from the previous year and that it was “not the progress I would have hoped for.”

The audit of the Pentagon’s $3.5 trillion in assets and $3.7 trillion in liabilities concluded that the department’s internal tracking of money and arms is still not good enough for a passing grade. Pentagon officials have said they hope to pass their first audit by 2027.

If we “compromise” and spend only $850 billion that will be a massive win stopping horror of horrors reckless spending.

I hope the $850 b wins the day. I like the $7 b savings. Saving money always makes more sense. 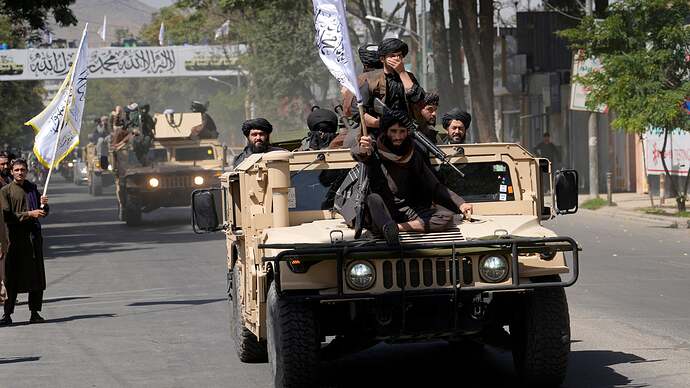 The Pentagon has no idea how much military equipment it actually left behind...

It’s been more than a year since the U.S. military’s chaotic withdrawal from Kabul, and the Defense Department actually has no clear idea how much U.S.-funded military equipment fell into the Taliban’s hands in Afghanistan, according to a new report from a top government watchdog.

After the Gulf War, I recall an Air Force Reserve Pilot saying humvees are not worth flying home. That may well be true of many military supplies. Of course more valuable equipment should be shipped, stored, maintained. But how many helicopters can you load on an airplane? How about moving them by ship?

Recent news reports point out the decision to provide health care to veterans (presumably for smoke exposure, agent orange, etc) is likely to be a major boost in the defense budget. Rising health care costs might reduce funds available for weapons systems and even maintenance. Unless Congress provides additional funds. But where from? Raising taxes?

After the Gulf War, I recall an Air Force Reserve Pilot saying humvees are not worth flying home. That may well be true of many military supplies.

That has been the case for a long time. Ever notice how few of the WWII aircraft that still exist in the US ever saw combat? My dad told of a day, after V-E day, when he was at an airfield in Europe. He watched as all the bombers on the field were lined up, then a crane with a wrecking ball went down the line smashing the planes.

In the 60s, there was a piece on the national news about a club in the UK that collects and runs WWII US military vehicles. The report said that, at that time, 20 years after the war, there were still storage yards in the UK full of vehicles the US had left behind.

The Navy had a flock of PT boats deployed in the Pacific on V-J Day. The boats were gathered at a few central points, stripped of equipment, and burned.

It’s been more than a year since the U.S. military’s chaotic withdrawal from Kabul, and the Defense Department actually has no clear idea how much U.S.-funded military equipment fell into the Taliban’s hands in Afghanistan, according to a new report from a top government watchdog.