This project has been a long one. Some of you may remember the protests at the Annual Meeting long ago.

Here is the article. 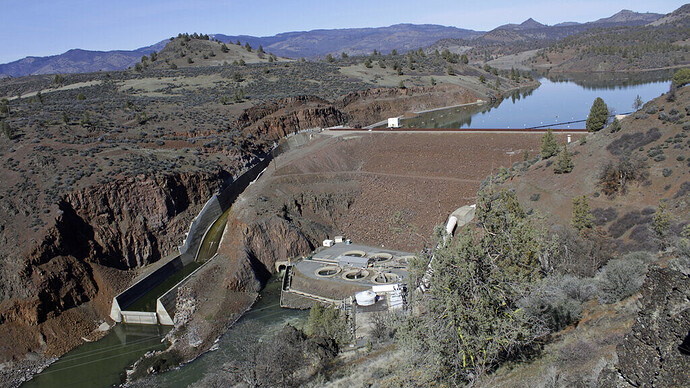 The destruction of four dams on the lower Klamath river will open up hundreds of miles of salmon habitat. U.S. regulators approved the plan Thursday in a unanimous vote.

What a disaster!! Hydropower is clean, green energy. Dams must be removed to help the salmon.

The environmental forces out there seem out of touch with reality. Salmon are far more important to them than global warming.

“Global warming” is an unproven hypothesis. But salmon are real, not so much for their own sake, but for the sake of the eco-systems needed to support them, which we humans just happen to need, too.

The more dams taken down, the better.

Welcome back, Arindam. It’s been quiet over on the bond board.

Other compromises are available such as fish ladders. They maintain both assets. Dam removal is an extreme solution to the problem. All one; none of the other.

The driving force behind many of the removals is 50 year license renewal and investment required to meet the requirements for renewal. Some owners simply don’t see the business case to invest millions of dollars in improvements and repairs. That’s what sealed the deal on the Klamath River. The salmon may get the headline, but PacifiCorp decided to agree on demolition because the numbers weren’t going to add up.

License renewal and investment costs driven by onerous California environmental regulations, that is.

It’s just astonishing to me that a state already in the frequent throes of power shortages, a state which recently imposed significantly more burden on its electrical grid by mandating electric cars by 2035, is also now gleefully blowing up some of the cleanest, cheapest sources of electricity it has. And to top it all off, spending $500 million to do so.

This is a great example of material comedic news outlets like the Babylon Bee or the Onion might have come up with in a brainstorming session, only to realize that they were already beaten to it by California.

Global warming” is an unproven hypothesis.

When it is proven, the planet will be dead. However I would just note that there is a large scientific consensus that it is reall

The more dams taken down, the better.

The great majority of dams were built for flood control , recreational boating and power generation were often just happy extras. There are some which were built for the express purposes of producing electricity, but that is a small fraction of the total.

The required license renewal that is generally at issue (and is material to the Klamath River dams in Oregon and California) is through FERC- the Federal Energy Regulatory Commission. When a license expires, the Federal Power Act gives FERC the legal authority to issue a new license; these licenses expire. Dams, like every other sort of infrastructure, have a certain expected lifespan and require capital investment. Again, the headlines may emphasize salmon and aquatic species, but it is often a business decision by the owners as to whether they want to invest the necessary sums.

Flood control? That’s a joke. Don’t build in flood plains, or else build with the intention to replace the structures, but without taxpayer money. Also, read The Emerald Mile and realize how close some dams came to failing. Also, look at the impact China’s dams are having downstream of them and what’s happening to the Nile. It ain’t just about fish. It’s about long-term, human sustainability, and dams cause more problems than they solve.

Yeah, hydro power seems like a good solution to energy needs. In fact, I was a part of a hydro project on the Snake near Twin Falls. (Installed the turbines.) But hydro is a short-term, very destructive solution.

I know the Klamath River, and I’m glad to see the dams on it taken down. The real tragedy, though, is the dams on the Pit. They destroyed a once viable salmon fishery. Back in 1922 --when PG&E scammed the CA legislature for approval-- it was well known what the impact on anadromous fish would be. The “remedy” was hatcheries, not fish ladders, and that hasn’t worked out too well, which is a whole 'nother environmental problem and cursed by anyone who understands fisheries.

Mind you. I love Lake Britton (the third impoundment on the Pit), and it’s been 'home water" for me for 60 years. But I’d rather it had never been built.

I live on the banks of the Tennessee River, which is controlled by TVA. Which controls the water flows in parts of Tennessee, Alabama, Mississippi, Kentucky, Virginia, Georgia, and North Carolina. That’s a large large piece of land you’ve just proscribed people from living on. Before TVA’s dams hundreds of people died and thousands lost their homes from the annual flooding of the Tennessee and feeder rivers, malaria affected 30% of the population of the area, and much of it was unsuitable for agriculture for, you know, food.

and dams cause more problems than they solve.

I guess there’s no point in talking about this with you, given the astonishing lack of knowledge indicated by that statement. Instead of polemic, try reading some human history. I feel bad for the salmon, but since there are ways to accommodate them and build things that serve us, I think I’ll stick with human ingenuity. Tip: Everything that is built, including your house, the road connecting to it, and the shopping center down the street have some negative environmental consequences, and if that is all you look at you will have a dark, disconsolate life. Try a little balance in your diet. You night be happier for it.

I don’t disagree that the TVA did a lot of good in the beginning; the Tennessee Valley was desparately poor and the TVA provided an enormous amount of economic development- through jobs and cheap public power. Flood control was particularly key in places such as Chattanooga. Of course, tens of thousands lost their homes and lands from government confiscation for the construction of the dams and the reservoirs. I tend to think that the TVA lost its way when it decided to get into the fossil fuel power plant business, and some of the later dams were ridiculous. Tellico was a boondoggle. Much like out West, the best sites had already been built upon, and the later dams provided fewer benefits for greater cost.

I thank you for the observation about malaria rates in the Valley. I wasn’t aware of that. The only source I’ve found for the 30% number is from the TVA; I’d love to get an impartial source. There have been some studies in the recent years that indicate that the TVA malaria program was in response to their fears of encouraging malaria further by introducing large reservoirs of still water where mosquitoes would thrive. In any event, malaria was on the wane by the early 1940s.

The only source I’ve found for the 30% number is from the TVA; I’d love to get an impartial source.

Cholera, yellow fever, (influenza and tuberculosis) in the Tennessee River Valley in the 1800’s: (Both Yellow Fever & malaria are spread by mosquitos). 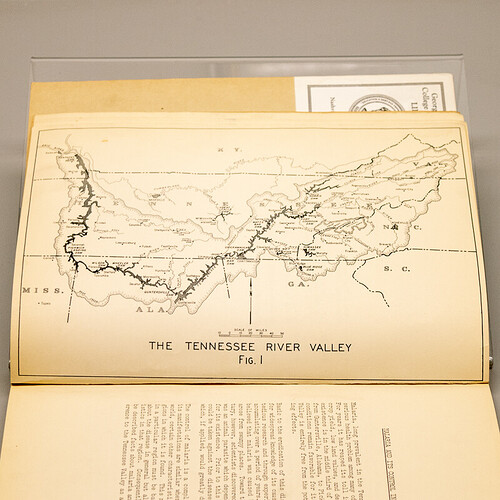 Malaria and Its Control in the Tennessee Valley | Malaria Control in...

Nobody thinks projects on this scale come without some detriments as well as benefits. Yes, people were removed from their homesteads, there were certainly environmental costs as well. Balancing that was the production of power for the first time, the movement of so many in poverty to the lower middle, even middle class, and so on.

(And yes, TVA has a lot of answer for in other regards, but on balance the dams tamed an unpredictable and dangerous area encompassing multiple states, to a net benefit for the residents there.)

Thanks for the links. Yes, yellow fever is also spread by mosquitoes. A possible mitigating factor for the contraction of rates may be the use of an effective vaccine for the disease. Unfortunately, there was (and is) no effective vaccine for malaria. Nonetheless, I agree that malaria was endemic to the South. The second link is for a book produced and published by the TVA; while it may be informative, it may not (or may) be an impartial and useful source. I’d have to acquire it and check its sources. Thanks again.

An interesting documentary about the pros of some dam removals… 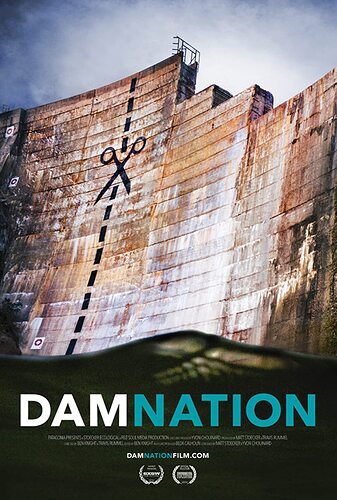 Thanks. I’ve seen the film. In my opinion, the discussion about the value of dams- in our world now and in the future- needs to take into account the purpose of the dam and a honest assessment of the dam’s worth. There are many dams that have produced extraordinary gains for humans, many dams that have outlived their usefulness, still more that were bad ideas from the beginning and need to be torn down, and some that were shoddily placed/designed/built and have caused needless suffering. Another complicating factor, at least in the U.S., is that most dams are actually privately owned; most attention is given to the big, high visibility public projects. It is a complicated subject, and while I appreciate the passion and viewpoint of the film’s director, dams can have their uses in our society. Many, again in my opinion, have run their course and we need to be developing realistic plans for what to do next.

dams can have their uses in our society.

I took a college course at Ft Lewis College in Durango and my project related to dams and reservoirs. I spoke to the BuRec manager in the Durango office and he surprised by saying that, within his area of jurisdiction, all the worthwhile projects had been built and those remaining in the planning stages could never be justified on a cost/benefit ratio basis. Yet the boosters got two of those projects built: McPhee dam and the Animas La Plata project. Pork.