MassSave Rebate - Where are you?

Our 25 year old propane heater was acting up last winter so I called our propane service company to come have a look at it. The tech came by a couple of days later and while having a look at it, he asked me to come over a take a look at something.

He was positioning a bright LED light from the rear of the stove and asked if I could see the light shining through. I sure can! Well, that was not the right answer…

Seems that the cast iron heater had cracked along a seam and there was a potential for CO to leak into the house. No way would he touch the thing, told me that it was no longer servicable, and put a big tag on it to say DO NOT USE. Well, that sucked.

Here we were in January in New England, and no heat in a large room that we use fairly often.

I went on a hunt to:

We had purchased mini-splits for the rest of our home back in 2017 but deferred purchasing one for that last room as we already had sufficient heat, and the price tag was HUGE to install them without including that last room.

DW and I considered our options and while the min-split was the most expensive option, it would also provide AC and dehumidification in the summer and heat in the winter - and the contractor stated in the quotation that he would provide all of the paperwork needed for us to submit a rebate to MassSave for $1,750. While not guaranteeing the rebate, he said there was a good chance that we would be eligible for it. So, now the math looked quite different - the net cost of the mini-split unit with rebate would be about $4,035 installed.

We signed the contract.

We were finally scheduled for our install in April, and the crew came in and installed the new unit and it works perfectly.

I’d been waiting for the contractor to provide me with the paperwork needed to process our rebate, and called him a couple of times since April to ask how things were progressing with our paperwork. The answer was always the same - I’ll get to it this weekend when I have time to do my office work…

Last week I got fed up with not getting any response so I went to MassSave website and entered all of the information needed for them to process our rebate. I noticed on the very last screen that when submitting a copy of your paid invoice, it must be dated within 60 days or the rebate request would not be valid. Well, it had been six months. Now I was a little upset to say the least.

I received a confirmation email from MassSave with my rebate tracking number and sent that along to our contractor to let him know that I had taken it upon myself to apply for the rebate. I immediately got a voice message from him saying that he would provide me with an updated invoice with a new date for me to submit.

WHAT??? I am not going to submit fraudulent documents into a quasi-government agency because our contractor didn’t live up to his side of the agreement. The agreement that we got from the contractor did state that he would provide paperwork for the rebate.

Anyway - here we are. I’m done talking with the contractor. I’m not wasting any more of my time with him at this moment. I’m not returning his calls and won’t alter my rebate application. I see it as HIS problem if I am denied the rebate.

So, the game plan is: If I’m denied the rebate due to not being within the stated time of 60 days, I’m going to put together a package of documentation and send it to the contractor certified mail requesting that he pay me the rebate due within 10 days.

If he does not pay me, then I’ve looked into what it takes to go to small claims court in MA and it looks like I should be able to put together a claim - it would cost $40 for a court hearing. If the contractor does not show up in court, I immediately win judgment for the requested amount plus court costs.

If he does show up, I do not think he has a leg to stand on as it is stated in our contract that he would provide paperwork for the rebate, and that part of the agreement was never delivered. I should win judgement for that situation as well.

So I don’t see a downside to this except that it will take some time to put the documentation together as well as postage and possibly court costs, etc.

I already have spoken to another contractor in our town who is more than willing to service our units if necessary, so I don’t care if I burn this bridge with this contractor.

Any other things that I might have missed? Appreciate the feedback.

Electric heat pumps are less expense for heating than gas and way, way more less expensive than propane or fuel oil. You made a wise decision! 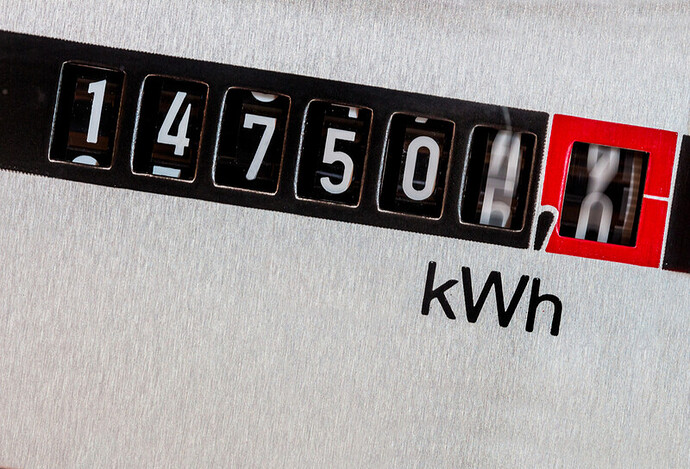 Discover which state has the highest and lowest kWh costs throughout the country with our October 2022 Electricity Rates Report.

I’d agree. I have to admit, we don’t use our mini-splits to augment our oil heat here in SE MA. I tried it one month - our electric bill went from an estimated $250 to an actual $600+. I turned the mini-splits off immediately knowing that it would not have cost me a half a tank of oil to heat during that period.

Now, the units have wifi connectivity and easier programming. This is important for us, as our oil system zones are on Nest with setback temps during the night and mid-day. If I could set both the mini-splits and the oil heat zones to go up and down in total harmony, then I may re-think it.

Unfortunately, the wifi units that plug into our system have been on backorder for months due to supply chain issues - I have no idea when I might be able to sync them up.

So for now, our mini splits hibernate for the winter. But they are KILLER BEAUTIFUL during the hot humid months of July and August!!

we don’t use our mini-splits to augment our oil heat here in SE MA. I tried it one month

38P I just got those minis installed this summer. Of course, Eversource just increased our electricity rates for the 6 months starting August 70% (because LNG spiked). AND, oil is … five fifty (yes, $5.50) a gallon. Our usual usage is 1100 gallons for the season (October-April + minimal for HWH in summer). I’m hoping to cut the oil usage in 1/2 (keep the unused 1/2 of the house at 50), so if my electric bill is <$2500 for these months I guess I come out “ahead”. Oil price is an outrage. Should have bought a fireplace insert.

While the cost does depend on where you live, the lowest price fuel depends on the relative cost of fuels at your location.

The heat from the mini-splits was great during spring and fall, but I found the oil heat much more comfortable when it got really cold. (This was in Pennsylvania). I also found it was cheaper to heat with oil than the mini-splits when the temperatures dropped significantly. This was in 2020.

They were not my best solution for heat, but I really loved them for air conditioning.

And I never got the rebate paperwork from the company who installed my mini-splits either… I gave up after calling 3 or 4 times. Once I had the time and energy to really pursue it, I learned I was past the deadline.

The heat from the mini-splits was great during spring and fall, but I found the oil heat much more comfortable when it got really cold. (This was in Pennsylvania). I also found it was cheaper to heat with oil than the mini-splits when the temperatures dropped significantly. This was in 2020.

We have a dual heat system in our current house. The heat pump runs until 40F outside, at which time the gas heat takes over. It’s a very comfortable system.

We are looking to put minisplits in at our cabin in an effort to resolve the one zone heating we have now and to get those window ACs out of our view in the summer. The house is two floors and two units, with the lower unit only used when guests come up.