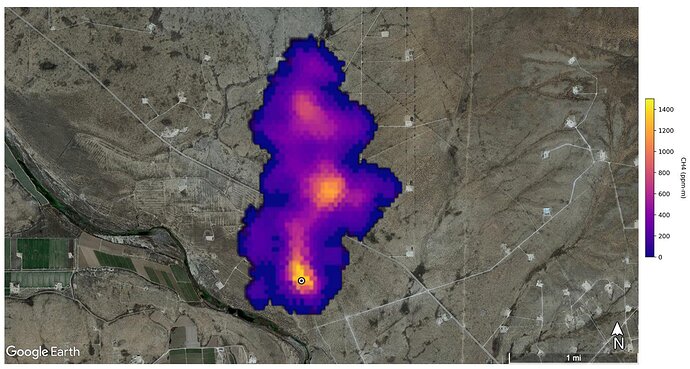 While mapping minerals in Earth’s deserts, the agency's new detector on the ISS spotted massive contributors to climate change

That’s a lot of cow farts.

The lucky countries involved are sitting on riches.

Schaefer et al.
https://www.science.org/doi/abs/10.1126/science.aad2705
Abstract:
Between 1999 and 2006, a plateau interrupted the otherwise continuous increase of atmospheric methane concentration [CH4] since preindustrial times. Causes could be sink variability or a temporary reduction in industrial or climate-sensitive sources. We reconstructed the global history of [CH4] and its stable carbon isotopes from ice cores, archived air, and a global network of monitoring stations. A box-model analysis suggests that diminishing thermogenic emissions, probably from the fossil-fuel industry, and/or variations in the hydroxyl CH4 sink caused the [CH4] plateau. Thermogenic emissions did not resume to cause the renewed [CH4] rise after 2006, which contradicts emission inventories. Post-2006 source increases are predominantly biogenic, outside the Arctic, and arguably more consistent with agriculture than wetlands. If so, mitigating CH4 emissions must be balanced with the need for food production.

If so, mitigating CH4 emissions must be balanced with the need for food production.