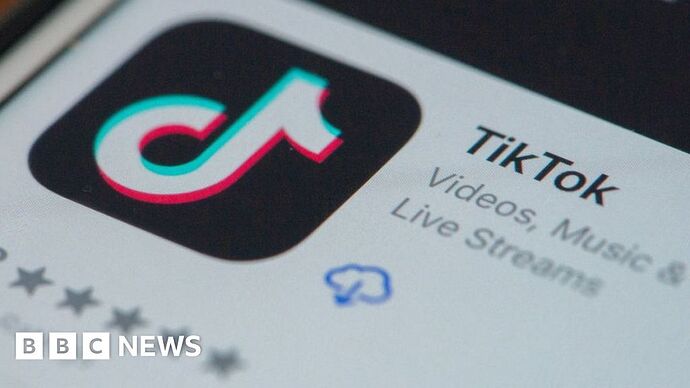 The Chinese social media giant said the policy is "based on a demonstrated need to do their job".

Chinese video-sharing platform TikTok has told users that some of its workers in China have access to the data of accounts in the UK and European Union.

The social media giant said the “privacy policy” was “based on a demonstrated need to do their job”.

It has come under scrutiny from authorities around the world, including the UK and US, over concerns data could be passed to the Chinese government.

Earlier this week, a US official called for the app to be banned in America.

TikTok denies it could be used to track US citizens

TikTock in the US:

It came in the same week that a top official at the US communications watchdog said TikTok should be banned in America.

“I don’t believe there is a path forward for anything other than a ban,” said Brendan Carr, a commissioner at the Federal Communications Commission (FCC).

He added that he believed there was not “a world in which you could come up with sufficient protection on the data that you could have sufficient confidence that it’s not finding its way back into the hands of the [Chinese Communist Party].”

TikTok’s owner ByteDance has repeatedly denied it is controlled by the Chinese government.

Is A TikTok Ban In The United States Possible?

TikTok’s parent company is still in the process of negotiating a deal with the CFIUS that will satisfy national security concerns and allow TikTok to continue operating in the U.S. Here’s why the short-form video app is under fire.

On August 6, 2020, President Trump first attempted to ban TikTok in the U.S. with an executive order outlawing transactions between ByteDance and U.S. citizens. He cited national security concerns. He backtracked 8 days later with another executive order giving ByteDance 90 days split off its U.S. TikTok business or sell it to an American firm. ByteDance engaged in discussions to sell TikTok to Microsoft, Oracle and Walmart, but nothing materialized. A series of lawsuits by ByteDance and TikTok influencers ensued, which effectively staved off a ban.

In June 2021, President Biden revoked Trump’s executive order, but began an investigation into the security threats TikTok might pose. By June 2022, buzz had resurfaced about backdoor access to U.S. user data by employees in China. Federal Communications Commissioner Brendan Carr sent an open letter to Apple and Google calling for them to remove TikTok from their stores due to “surreptitious data practices.”

Part of the reason for the stalled investigations and actions by U.S. institutions is the opposing factors at play—the answer to how free speech on the American internet plays out when hosted by a Chinese app raises issues of foreign trade policy, political ideology, international data security and much more. 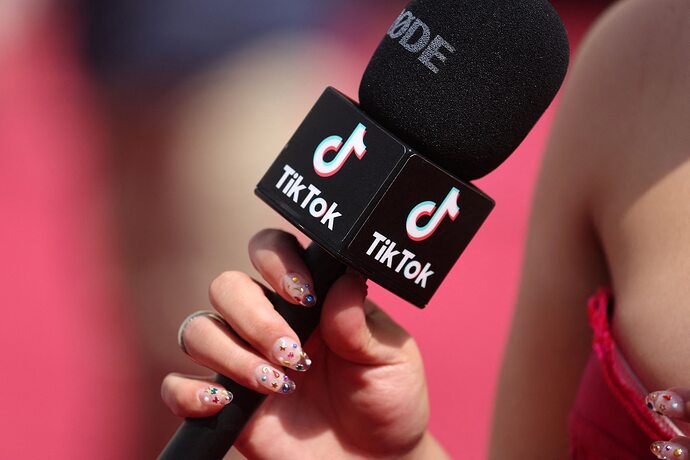 Targeted Victory pushed local operatives across the country to boost messages calling TikTok a threat to American children. “Dream would be to get stories with headlines like ‘From dances to danger,'" one campaign director said.

March, 2022: Facebook parent company Meta is paying one of the biggest Republican consulting firms in the country to orchestrate a nationwide campaign seeking to turn the public against TikTok.

The campaign includes placing op-eds and letters to the editor in major regional news outlets, promoting dubious stories about alleged TikTok trends that actually originated on Facebook, and pushing to draw political reporters and local politicians into helping take down its biggest competitor. 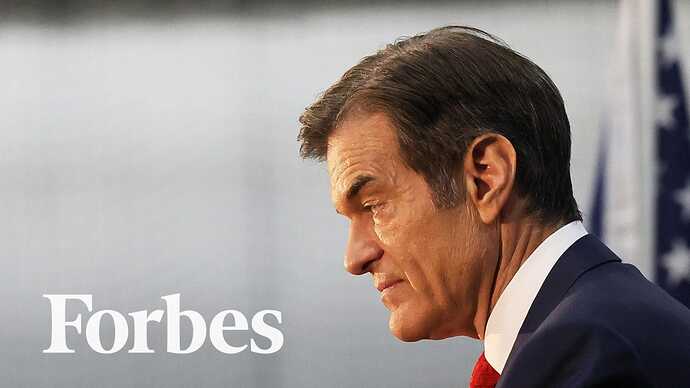 Today we look at Dr. Oz’s billionaire family, TikTok's political spending, Obama-Biden officials who cashed in during their time in exile and the New York Young Republican Club’s featured speaker.

July, 2022: “The Senate Intelligence Committee has sent a letter to the Federal Trade Commission asking that it open an investigation into whether TikTok misled U.S. lawmakers about China-based employees of its parent company, ByteDance, accessing American user data,”

Employees of TikTok and ByteDance have contributed at least $118,000 to political campaigns since 2019, according to campaign-finance records. During his 19 months as ByteDance’s top U.S. lobbyist, which ended in January, David Urban, a longtime GOP donor, contributed $50,000 to Republican groups. Just more than half of Urban’s donations went to committees associated with House Minority Leader Kevin McCarthy’s (R-Calif.). Meanwhile, $19,000 in donations from TikTok’s director of global policy, Michael Hacker, have gone to Democratic groups.

Ron Wyden (D-Ore.) appears to be the only member of the Senate Intelligence Committee to have received campaign donations from TikTok or Byte Dance staffers. His campaign took in $2,000 from four different donors over a two-day period in May 2021.

ByteDance has supported lawmakers in other ways too: in July 2021, it contributed $20,000 to a scholarship and research foundation named after Rep. James Clyburn (D-S.C.), according to a disclosure.

TikTok also has retained an outside firm to help its cause. Since early 2021, it’s paid Crossroads Strategies $110,000 every three months to have former Senators Trent Lott (R-Miss.) and John Breaux Sr. (R-La.) lobby their ex colleagues on its behalf. And so far 2022, ByteDance has reported paying lobbying firms $170,000 to press its case in the House. 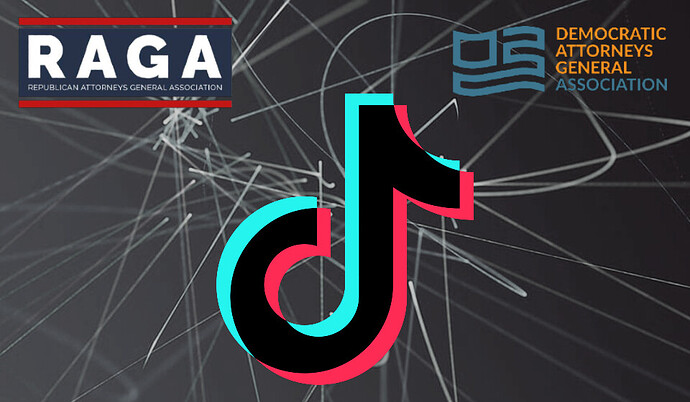 The Chinese-owned company made its first-ever political donation on June 30 to the Republican Attorneys General Association, followed by a donation to the group's Democratic counterpart.

“The spread in the United States of mobile applications developed and owned by companies in the People’s Republic of China (China) continues to threaten the national security, foreign policy, and economy of the United States,” the order claims.

Naming the apps’ operations in the U.S. as a national emergency is “a highly unprecedented act” and will likely lead to legal challenges, according to TechCrunch.

On June 30, as concerns mounted, the company donated $75,000 to the Republican Attorneys General Association (RAGA), which is a 527 political spending committee. The donation to RAGA was TikTok’s first-ever U.S. political donation.

RAGA, along with its 501(c)(4) sister organization the Rule of Law Defense Fund, is a cash-for-influence organization that promotes and coordinates actions by Republican state attorneys general at the behest of its corporate members in the energy, telecom, financial, pharmaceutical, and other sectors.

Corporate contributions of $50,000 or more to RAGA buy access to senior AG staffers, special RAGA events, and RAGA’s online bulletin board, as well as the privilege of holding private briefings with attorneys general and their staff. RAGA events give corporate CEOs and lobbyists numerous opportunities to rub elbows with AGs during informal sessions and leisure activities, like golfing, rifle shooting, skiing, and kayaking.

The company, which was founded by two U.S. military veterans who worked in intelligence, “has embedded its software in numerous mobile apps, allowing it to track the movements of hundreds of millions of mobile phones world-wide.” Most consumers have no way to know if their apps contain these types of trackers embedded by Anomaly Six and other similar companies.

Scanned through some of that excuse me if you said this. The problem has to do with user links.

Very simply people are often business people trying to sell online. Someone is told on TikTok a twenty two year old made her or his first million dollars and many others want to make money. To do so they need a link to their business.

Getting a business link on TikTok you need to turn over your EIN or SS number. Plus you need to document that it is your number.

In an online business the fewer clicks for your customers the more often you sell.

The way to use TikTok without handing over your ID numbers is to place your business link on Instagram and then send people to Instagram. You are allowed a link to Instagram on your TikTok profile.

In the process of people trying to do business on TikTok millions of people have turned over their identification to a Chinese company. I have called a handful of top government officials in CT to complain. I did so about six months ago. Right now turning over your numbers to TikTok is considered voluntary.