One of Putin's Mercenaries Guns Down A Russian Lieutenant Colonel 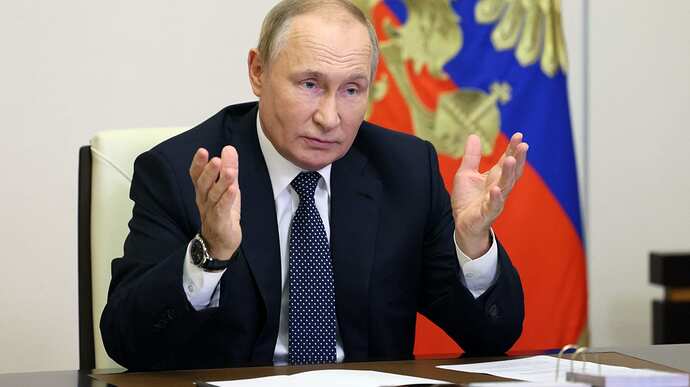 Amid very public infighting between Russian groups, the Kremlin is reportedly trying to keep a lid on a Wagner mercenary shooting dead a lieutenant-colonel.

While Ukraine’s military has been successfully chasing Russian troops out of one territory after another, Vladimir Putin’s foot soldiers have apparently been turning their weapons on each other as the Russian leader’s “special military operation” continues to come apart at the seams in spectacular fashion.

The Kremlin’s flailing bid to get an edge on the battlefield by deploying mercenaries from the Wagner Group—which now includes hundreds of prison inmates—has reportedly backfired as the private military force butts heads with the Russian military.

The growing conflict resulted in a Wagner fighter gunning down a lieutenant colonel in the Russian army—a deadly episode of “friendly fire” that the Kremlin is said to be trying to sweep under the rug, according to the human rights group Gulagu.net.

More from the OP link

When you have bad discipline and bullies like this, your troops will form gangs like they do in prison for protection. This is some seriously bad juju, i.e., mercenaries vs. troops.

Amid very public infighting between Russian groups, the Kremlin is reportedly trying to keep a lid on a Wagner mercenary shooting dead a lieutenant-colonel.

Earlier this week, a mass brawl broke out between newly drafted Russian troops and contract soldiers at a military base outside Moscow, Baza reported. Nearly two dozen contract soldiers are said to have taken a beating from the draftees and were rescued after locking themselves in a separate room and phoning police for help. The fight reportedly erupted after some of the contract soldiers demanded the newly arrived draftees hand over their mobile phones and gear.

The tumult seen between the troops has also visibly carried over to Russia’s wider information space, with pro-Kremlin military bloggers getting increasingly outspoken in their criticisms of top military command and Putin’s more radical allies publicly deriding those in charge of the war.

“The controversies surrounding the poorly executed partial mobilization, coupled with significant Russian defeats in Kharkiv Oblast and around Lyman, have intensified infighting between pro-Putin Russian nationalist factions and are creating new fractures among voices who speak to Putin’s core constituencies,” the Institute for the Study of War wrote in its Tuesday assessment.

Russian troops continue to raise those white flags on those rusty tanks. I have to say I admire them for not taking a bullet for the bloodthirsty psychopath, Putin. Let’s hope Ukraine continues to treat POWs with respect and even offer asylum to those who want no more of living in Mother Russia: 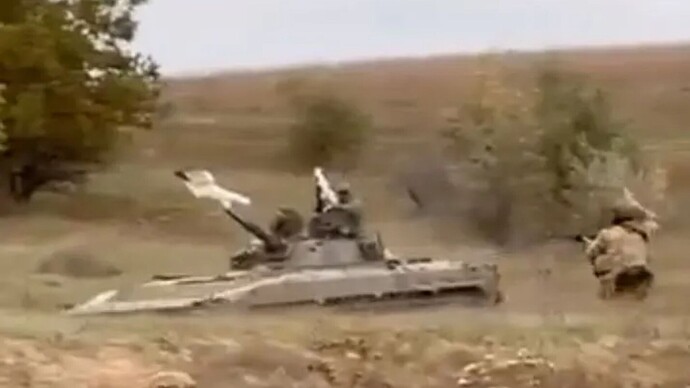 RUSSIAN soldiers cornered during Ukrainian’s lightning-paced counteroffensive have been filmed surrendering with a white flag flying from their tank. Incredible footage shows the vehicle head…

Incredible footage shows the vehicle heading to Ukrainian lines, as thousands are said to be throwing down their weapons in the face of Kyiv’s blitz and Russian continues to lose swathes of territory.