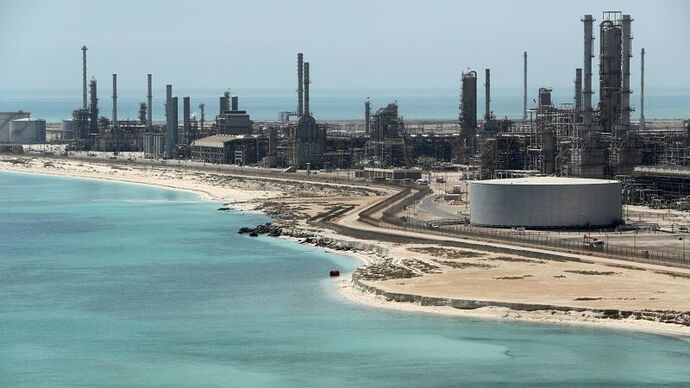 The Biden administration has launched a full-scale pressure campaign in a last-ditch effort to dissuade Middle Eastern allies from dramatically cutting oil production, according to multiple sources familiar with the matter.

OPEC+ members are weighing a more dramatic cut due to what has been a precipitous decline in prices, which have dropped sharply to below $90 per barrel in recent months.

Hanging over Wednesday’s OPEC+ meeting in Vienna will also be the looming oil price cap that European nations intend to impose on Russian oil exports as punishment for Russia’s invasion of Ukraine. Many OPEC+ members, not only Russia, have expressed unhappiness with the prospect of a price cap because of the precedent it could set for consumers, rather than the market, to dictate the price of oil.

Included in the White House talking points to Treasury was a US proposal that if OPEC+ decides against a cut this week the US will announce a buyback of up to 200 million barrels to refill its Strategic Petroleum Reserve (SPR), an emergency stockpile of petroleum that the US has been tapping into this year to help lower oil prices.

The administration has made it clear to OPEC+ for months, the senior US official said, that the US is willing to buy OPEC’s oil to replenish the SPR. The idea has been to convey to OPEC+ that the US “won’t leave them hanging dry” if they invest money in production, the official said, and therefore, that prices won’t collapse if global demand decreases.

That said, a production cut should net Russia (as well as Saudi Arabia) higher profits while reducing expense. It is important to realize that the Saudi Crown Prince has been soured on being a staunch ally of the US since he was blamed by the members of the current administration for the murder of a newsman in Istanbul a few years ago.

The current US administration has been struggling against high fuel prices in an attempt to squash inflation caused as an aftermath of the COVID crisis and accelerated by the war in Ukraine. While not directly responsible for either, the party in power is generally held to task for any major crisis which takes place during their tenure.

I wonder if OPEC is who the administration needs to be jawing with. I suspect they need to be encouraging domestic producers instead.

The U.S. is quite capable of producing a million or two more bpd of crude. OPEC doesn’t mind constraining production as long as the price goes up and they reap the benefits. Their worst case scenario is if they constrain production, but U.S. producers fill that gap and capture market at prices artificially raised by OPEC’s restraint. But domestic producers have made it clear that they’re not interested in increasing supply in response to higher prices.

Not an easy task, no matter who the U.S. talks to.

The OPEC cuts play to us as menacing every time SA twitches.

The global recession is going to batter oil prices in two ways. Rates are rising around the world. Meaning many currencies are appreciating. Nominally oil will fall. The global recession that is spreading means a cut in demand and prices are falling.

While there has been a rally in crude in the last several days that can be very short lived in terms of a month or two. A rally in the US equities markets does not need to include oil for long.

Meanwhile, there are reports the administration is considering banning exports of refined products, to decouple US gas prices from global prices. Seems that would tend to put our NATO allies in a bind, just when we need to present a united front against Putin.

Of course, if USians drove more fuel efficient cars, they wouldn’t be spending so much on fuel. But, nooooo. People have been convinced they “need” the biggest thing that they can possibly make the payments on, on an 84 month contract.

Of course, if USians drove more fuel efficient cars, they wouldn’t be spending so much on fuel. But, nooooo. People have been convinced they “need” the biggest thing that they can possibly make the payments on, on an 84 month contract.

You truly are my favorite curmudgeon!